What went we out into this wilderness to find? 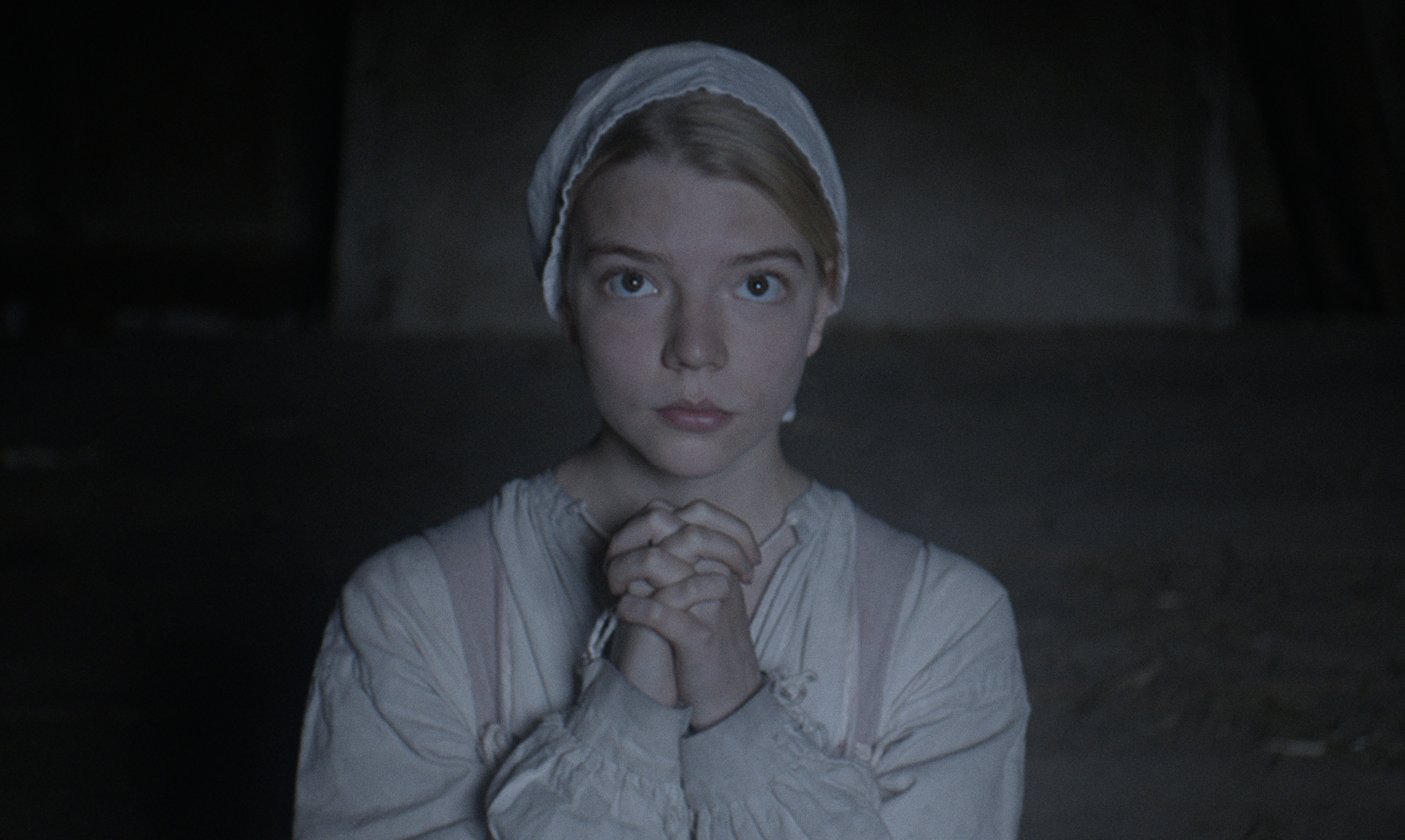 I’ve said before that there are, as far as I’m concerned, three types of horror. 1, AAAAH! 2, Oooh.. and 3, EWWWWWWW. Of these, there is really only one that genuinely chills you to the bone – therefore succeeding as a horror film – and that’s 2. It isn’t something that gives you a knee jerk reaction, it isn’t something that startles you, it’s the Oooh.. reaction that makes you walk away from the cinema with the sense of dread embedded deep in your mind. You might think you’re over it, and then, out of nowhere, you start to think back over the events of the movie you watched hours, or even days ago.

This sums up my feelings on The Witch (2015). I feel like I was perhaps behind the curve in 2015, because this is yet another film I managed to completely miss at the cinema when it was released. By the time I got my hands on the BluRay, I was aware of the film’s reputation but didn’t know much else. Then it began, and I was transfixed.

We will conquer this wilderness. It will not consume us.

Written and directed by Robert Eggers in his debut feature, The Witch begins in court. It is the early 17th century in New England, and a local man stands before a panel of judges. He condemns them for not following his interpretation of the bible, and the court is unanimous in exiling both he, and his family from the plantation as punishment for his pride. He accepts the punishment willingly, and sets out into the wilderness alongside his family.

His name is William (Ralph Ineson), and he is accompanied by his wife Katherine (Kate Dickie), eldest daughter Thomasin (Anya Taylor-Joy), son Caleb (Harvey Scrimshaw) and the two youngest children Mercy (Ellie Grainger) and Jonas (Lucas Dawson). Together the family set up a small, isolated cabin on the edge of a vast, untouched forest, and begin to settle into their new lives. 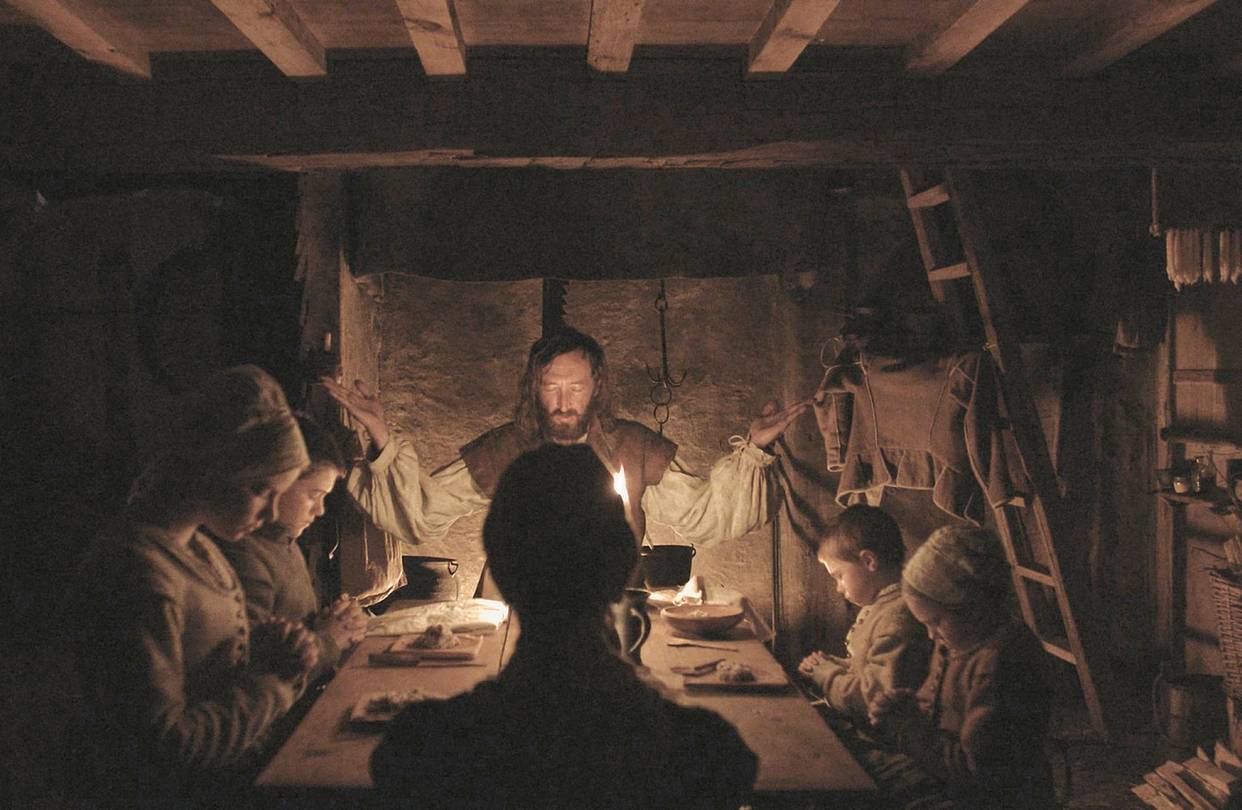 It isn’t easy. While William and Caleb struggle against the wilderness, their crops continue to fail – covered in a mysterious black rot – but William does not give up easily. Katherine soon gives birth to a new son, Samuel, and is entrusted to Thomasin’s care while Katherine completes her own work in the farmhouse, while Mercy and Jonas play with the family’s goat, the wild and untrainable Black Phillip – who they claim speaks to them.

I should point out that we are not even ten minutes into the movie when we are shown the full extreme nature of what we’re watching. Samuel, the baby, has been taken by a cloaked witch. Somewhere in the deep forest, the witch toils at a pestle and mortar, smearing herself the remains of the child. It is deeply unpleasant and truly horrifying. It is said that the blood of the innocent can  create an ointment that grants a witch with the power of flight. They must have cut those scenes from Harry Potter.

Back at the farm, and the family are kept awake by Katherine’s distress and tears. Fearing that this is only the beginning of the family’s troubles, William sets out with Caleb to hunt for their food in the forest, against Katherine’s wishes. When questioned, William confides in his son that he paid for the traps and hunting equipment without Katherine’s knowledge, having traded in her silver cup.

Sworn to secrecy, Caleb heads down to the river where he is comforted by Thomasin. While there, Mercy turns up to be a typically irritating little brat. She accuses a witch of taking Samuel, which Thomasin plays along with. Teasing her younger sister, Thomasin claims to be the witch of the wood – threatening Mercy with her mystical powers if she doesn’t shut. The. Hell. Up.

Later that evening, a mournful Katherine demands to know where her silver cup is. Accusing Thomasin of stealing it, she goes on to blame her eldest daughter for Samuel’s disappearance. Katherine goes on to say that there is an evil in the family. Hungry, mournful and desperate, Katherine and William discuss the possibility of sending Thomasin away to serve another family.

Overhearing this, Thomasin and Caleb set out into the woods the following morning. A mysterious hare catches them off-guard while walking in the dark forest, and in the chaos, Thomasin is bucked off her horse while Caleb becomes lost. Lured by a beautiful woman, Caleb is drawn deeper into a mysterious cabin…

By the time Thomasin regains consciousness and is found by William, things can never be the same. Now present for both sons’ disappearances, and with the atmosphere of paranoia becoming ever more intense, the family begin to turn on one another. With fingers pointing at Thomasin for witchcraft, Katherine’s madness swells with the ill health of Mercy and Jonas. In no time at all, it is clear that the family are perhaps cursed by one of their own… 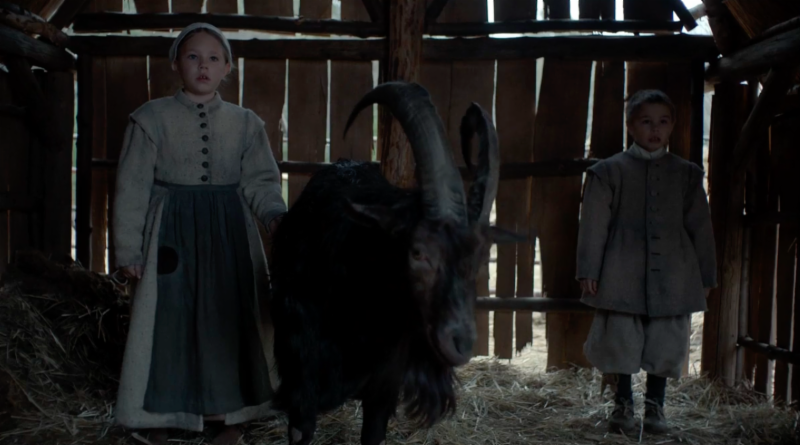 I’ve thought long and hard on what it is I love about The Witch the most. It’s definitely unique in terms of its bleak atmosphere, it’s certainly also a surprisingly realistic portrayal of what it would have been like to be one of the religious nutcases that left Blighty to start a less tolerant society in the New World back then. I understand that a lot of it is inspired by actual folklore and stories told at the time – certainly the language and fashion appears extremely accurate. Some shots are so perfect, they could almost be oil paintings.

But I think it’s the slow unravelling of the family and the world they inhabit that I love the most. Yes, it is revealed that there is indeed a witch deep in the woods almost immediately, but that simply sets the tone. Life on the farm may be tough with this knowledge, but it only gets tougher. It is never quite clear what the cause of the family’s woes are, but the freedom is there for the audience to decide – it is either exactly what we are seeing, or perhaps there is a more down-to-earth explanation. The music, too, turns my blood cold. I love it.

It certainly isn’t a fun film. It’s probably not one you’re going to stick on during a boozy party, but if you’re in the mood to hide under a blanket and soak up some seriously creepy, atmospheric horror – you’re not going to want to stray far from The Witch.

Oh, and that ending? Absolutely incredible.