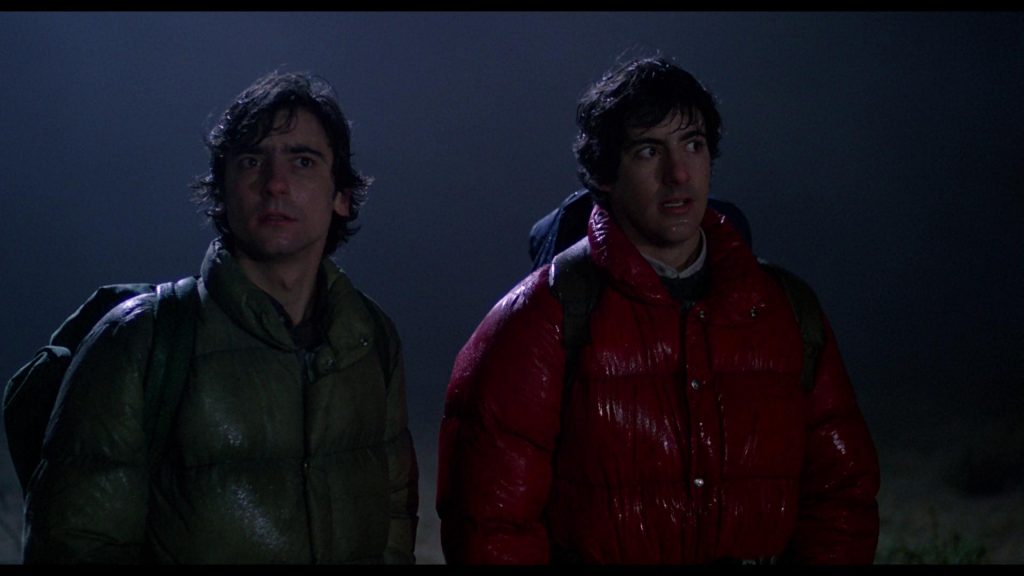 Picture the scene. You’re lying in bed beneath the duvet, you’re warm, you’re comfortable. Just as you start to feel your eyelids droop lower… and lower… Then, out of nowhere, your leg kicks out like it’s warding off potential predators and suddenly you’re awake and wondering what the hell just happened.

It’s called a ‘hypnagogic jerk’ and no one really knows what causes it. One theory is it is an evolutionary throwback to our primate ancestors – a sudden ‘jump’ to let you catch the branch you’re sitting on before you fall to your death. While I wasn’t in a tree, I used to suffer them virtually every night – accompanied with the dreamlike vision of running in a grassy meadow and tripping over a tuft of dirt.

It was only when I shared this experience with an old college friend that I was first directed to watch An American Werewolf In London (1981). This horror-comedy by John Landis rewrote the rulebook on make up and special effects (thanks to the sterling work of Rick Baker) and has become a cult classic in the years since.

It also features a man recently cursed by a werewolf having intense dreams of running around in forests. Huh. When’s the next full moon again?

Two American college students from NYU, David Kessler (David Naughton) and Jack Goodman (Griffin Dunne), visit the north of England as part of a three month backpacking trip around Europe. Cold, lost and somewhat disheartened, the pair enter a pub in the fictional village of East Proctor, somewhere in the North York Moors.

Aptly named ‘The Slaughtered Lamb’, the pub’s customers quickly become hostile to the two tourists, especially after Jack starts asking questions about the curious pentagram painted onto the wall. Despite protestations from the less mad amongst them, the Americans are ‘encouraged’ to leave the relative safety of the pub and into the cold, wet moors outside. The only words of advice offered are to stay off the moors and on the roads and to beware the moon. 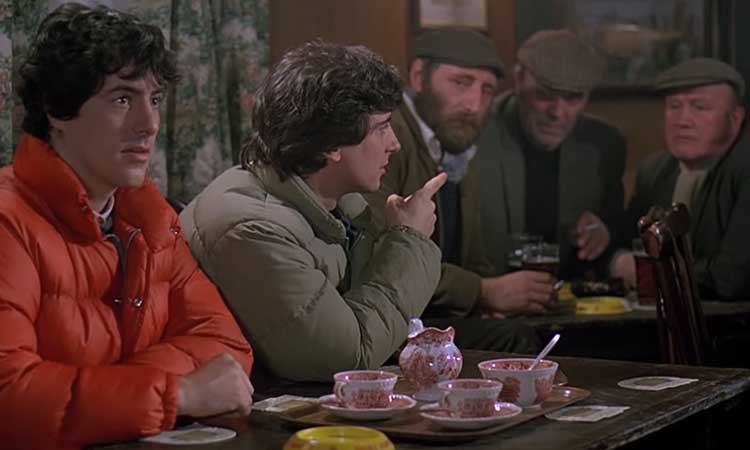 It isn’t long before the Americans stray off the path, wandering into the dark moors. In the darkness they begin to hear unnatural howls and opt to return to the Slaughtered Lamb. It’s too late, though. Just out of their vision, they begin to see a shape. Some sort of animal is watching them, circling closer.

The boys begin to panic, leaving Jack open to attack. In the chaos that follows, only David survives – thanks to the swift action of a handful of locals.

Wounded, David wakes up in a hospital bed in London, haunted by disturbingly vivid dreams and visions. Particularly real is the apparition of David’s deceased friend, now a covered in open, gruesome wounds. Jack warns David about what is to come and that he too is cursed to walk the Earth in limbo until the Werewolf bloodline is killed. In other words, until David himself dies.

However, as he appears to be fit and healthy, David is released from hospital. Staff Nurse Alice Price (Jenny Agutter), who has very clearly had a thing for the Yankee since setting eyes on him, offers him a bed in her flat. Her one-bedroom flat. Watch out for those Nurses, boys.

As David begins to come to terms with the truth that he is, in fact, a Werewolf, Doctor J.S. Hirsch (John Woodvine) begins to investigate his patient’s story. He finds that the men of East Proctor are covering something up. It begins to dawn on the Doctor that perhaps the story of an escaped lunatic attacking the Americans may not be entirely true.

David’s options are slim – but when he becomes an uncontrollable creature of the night, his options become slimmer still. Soon, the death count begins to rise (including a group of tramps that look straight out of American Stereotypes 101 – seriously, what British tramps have you seen drinking whiskey from the bottle in a paper bag) – and it becomes clear there is only one way out.

I suppose I have to mention the transformation scene at this point. Even today, with the dozens of rip offs and homages that exist, the scene is brutal, visceral and stunningly ‘realistic’. The bone crunching sound effects of David’s body changing shape are enough to make you wince, while the stretching skin is nightmare inducing. 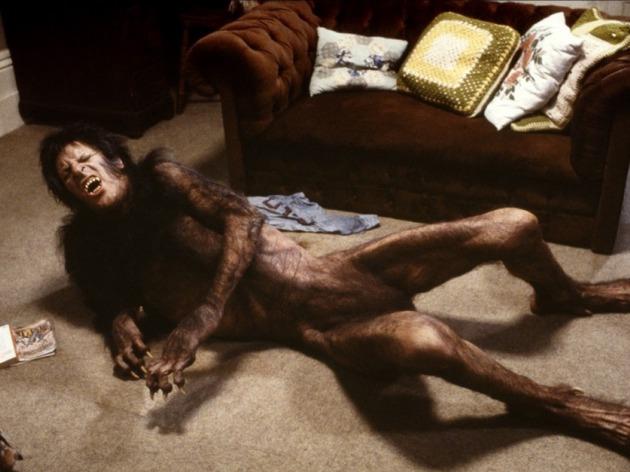 While so much of this film is great, this scene really makes the entire concept work. The Academy Awards made a category in order to celebrate the accomplishment – whatever your opinion on the Oscars, that’s gotta mean something right?

Totally recommend this to everybody. Watch it!

Oh, go on then. Here’s the transformation scene again (as if you haven’t seen it before)!