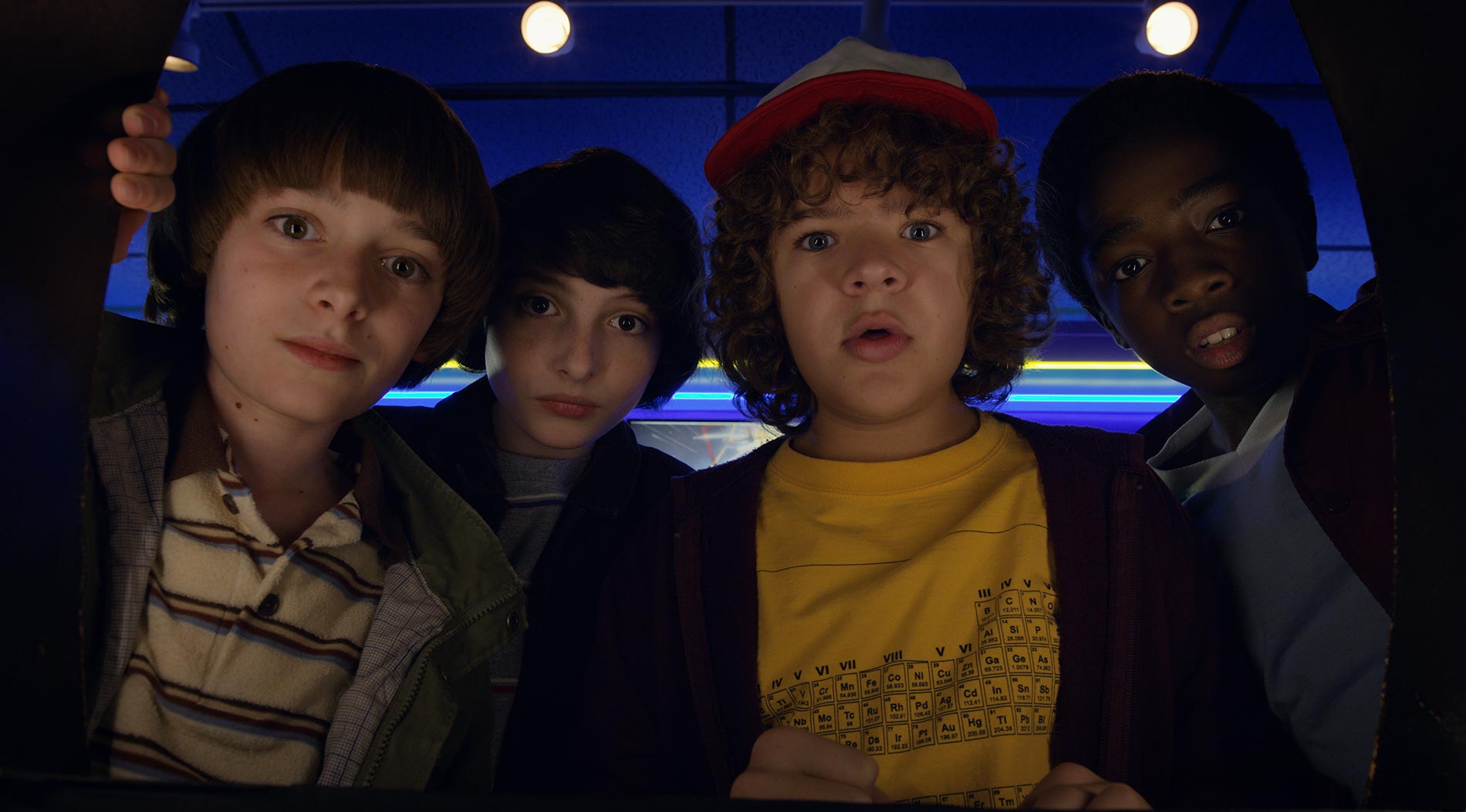 I’m gonna be honest with you here. I didn’t want a second season of Stranger Things. At least, not in the traditional sense of a second season. What Stranger Things did was combine a number of pop culture movies, characters and stories into one, invoking the tropes of everyone’s favourite decade of movies – notably ET (1982), The Goonies (1985), Poltergeist (1982), The Thing (1982), Stand By Me (1986) and even some real shades of It (1990) – though probably more the novel than the adaptation.

What’s more – it did it perfectly. Stranger Things was a masterpiece of nostalgia-invoking storytelling, drawing out everything we all love about this decade of filmmaking into one concise arc. Even more impressively, it did it with a cast of children who were not irritating. It excelled where others failed – I’m looking at you, J.J. Abrams.

But the thing I loved the most was the idea that this was just one story, one story in a million others that could draw on these feelings. I wanted a second season around a different group of kids in a different situation. Or, hell, maybe even the same kids being launched into a whole other scenario. Maybe pirates, maybe aliens. Maybe even a mysterious killer at their summer camp. Who knows?

I read recently this is exactly what the creators of the show had intended. The Duffer Brothers, however, were encouraged to return to Hawkins and continue the story they had begun in the first season. I get why. I totally understand why. It was an overnight success, and one that Netflix couldn’t afford to simply pass over with a wave of their collective hand, but I couldn’t help but feel a little disappointed.

Then I watched it. Now I’m all over it.

You know all what happened in the first season, so I won’t waste too much time running over the plot. Suffice to say, a kid by the name of Will (Noah Schnapp) disappeared on his way home from a game of D&D with his friends Mike (Finn Wolfhard), Dustin (Gaten Matarazzo), Lucas (Caleb McLaughlin). Setting off to find him in the nearby woods, the boys find something wholly unexpected – a young, maladjusted girl with the number Eleven (Millie Bobby Brown) tattooed on her arm.

It turns out this girl has exceptional psychic powers, and had escaped from a mysterious facility in the area. Soon, the local Sheriff Jim Hopper (David Harbour) is coerced into action by Will’s distraught mother Joyce (Winona Ryder), who, along with Mike’s sister Nancy (Natalia Dyer) and Will’s loner brother Jonathan (Charlie Heaton), begin to uncover the truth behind Will’s location.

Before she escaped confinement, Eleven had been trained to intercept another dimension – referred to as the Upside Down. This realm, occupied by creatures unknown to man, has become Will’s home. Eventually, Eleven is forced to sacrifice herself to save Mike and the others, and Will is eventually recovered and returned home. The question is, at what cost?

Chapter One starts elsewhere, however. It is Pittsburgh, Pennsylvania on the 28th October, 1984. A group of masked thieves leap into a getaway van, pursued by the police. One of the group, Kali (Linnea Berthelsen) is able to help the group escape, first by making snap decisions, and then by somehow placing an image of a collapsing tunnel in the mind of one of the pursuing cops. She wipes a trail of blood from her nose, showing the audience that, like Eleven, she has a tattoo – this one bearing the number Eight.

All very interesting, but back in Hawkins, we join Dustin as he desperately tears apart the living room in search of quarters. He is going to the local video game arcade with the others, who are each collecting what money they can. Mike even goes so far as to steal from Nancy’s piggybank, in a heartwarming sequence of ‘remember these people?’ shots. At the arcade, Joyce drops Will off, still clearly protective over him after the events of the previous year.

Things seem all well and good, and life has seemingly returned to normal for these young kids. The worst thing to happen to them is having their names – Dustin in particular – bumped from the top place on Dig Dug by a mysterious figure going by the name ‘Madmax’.

Things, however, take a nasty shift when Will is drawn away from the crowd by a mysterious noise. Suddenly, he’s back. Transported to a world without his friends – without life. He remains in the arcade, by things are dark – and overhead, a terrifying storm cloud gathers over the Upside Down version of Hawkins. He is snapped back to reality by Mike, who calls him back to the group.

Meanwhile, Sheriff Hopper is busy deflecting conspiracy theorists, still desperate for answers over the events of the previous year. He is called out to a pumpkin farm on the outskirts of town, who is certain his crop has been poisoned by a vengeful local. This appears to be more than that, though Jim is certainly still on edge. Whether it is the upcoming anniversary of the events, or something else, it is clear that things aren’t all well in the town.

One by one, we are introduced to our main cast. Each of them are preparing for Halloween in some way or another. Whether it is a party, or a quiet night in, the party mood has got everyone pumped up.

The real shift for the boys comes with the arrival of a new girl, who goes by the name Max (Sadie Sink). Certain she is the mysterious Madmax from the arcade, Lucas and Dustin become obsessed with speaking to her. This is only a distraction, however, before Will is taken away to a form of therapy – a reaction to his encounter at the arcade. He is quizzed on what he saw and experienced, under the watchful eye of a number of men in suits.

Whether it is a form of PTSD or something else, Will’s experience is a sign of things to come. Something is coming, and it plans to kill us all. But as the storm clouds gather, will the group find their missing member in time to save the day?

Well. I guess we’ll have to keep watching.

Despite what I said before, I do truly love this series. I have said before how synth music sets my heart pumping, and hearing it in the opening scenes, along with meeting all our favourite characters from last year – well, to say it was uplifting might not be doing it justice.

Something about this show really makes me feel warm inside – and it isn’t just me, either. Despite its roots in horror and hard sci fi, The Duffer Brothers have created something that stands on its own legs, despite its heavy influences. It’s a story told by some clearly dedicated fans of the era, their passion creeping in with every plot point. Also, Sheriff Jim Hopper might just be my favourite character ever.

On top of this, it is also pretty gorgeous to look at. Every shot has that warm glow about it – making it even more shocking when things start to go a little… topsy turvy.

If you haven’t already started this series, do. If you’re already way past me then, please, don’t live tweet, don’t spoil – and don’t, whatever you do, wade through a portal of sticky goo. It doesn’t end well.