When writing these reviews, I generally come from some position of knowledge. Either I’ve seen the film before or I’ve some idea of what to expect. Generally the less I know about the film, the happier I’ll be to sing its praises or sneer in disgust at the screen.

Occasionally, however, I have absolutely no idea what to expect. Take tonight’s film, for example. A Girl Walks Home Alone At Night (2014). The only scrap of information I had about it was it firmly belonged in the horror genre and it marked the first Iranian-Vampire-Western film. Whatever the hell that means.

What I didn’t realise was that this film is genuinely one of the most beautiful looking films I’ve seen in a long time. Shot in very deliberate widescreen, the tone and shading of the black and white cinematography at times looks more like an arty piece of perfume advertising than any genuine film. The pacing of each scene, too, takes its time to tell a story, building atmosphere and allowing the dark, creeping soundtrack to swell beneath the action.

In short, this film, directed by Ana Lily Amirpour, should be taught in film schools. Maybe it is. I don’t even know. If it isn’t, someone needs to correct this immediately.

According to Wikipedia, the film is set in “the Iranian ghost-town Bad City” (although disappointingly filmed in southern California – this is a remake, after all) where pimp-come-drug dealer Saeed (Dominic Rains) rules his patch of the city through fear, theft and intimidation.

At odds with Saeed is our hero of the story, Arash (Arash Marandi) who loses his car to Saeed for failure to pay for his father’s costly heroin addiction. Forced to steal to make the payments, he tracks the dealer down to his home to get his car back, when he discovers that Saeed has been murdered following a brief liaison with a mysterious, beautiful young woman (or “The Girl,” played by Sheila Vand). 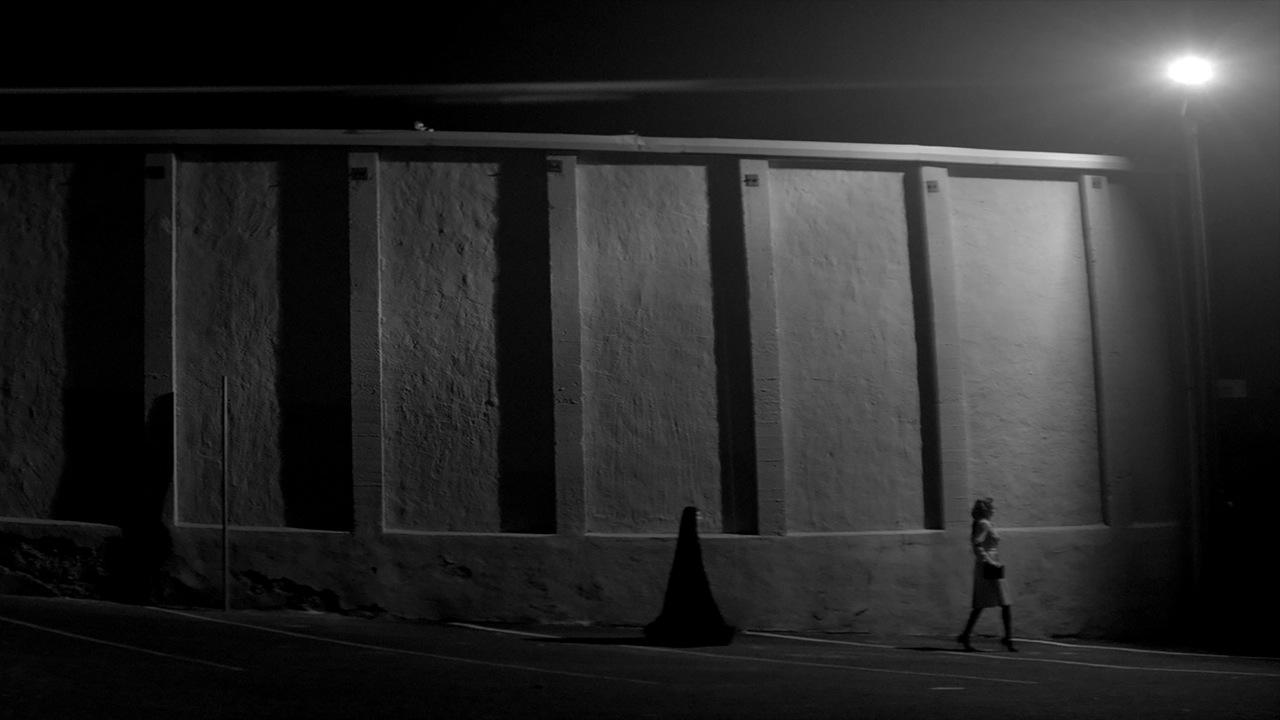 Arash takes advantage of the situation, taking possession of Saeed’s wealth and, uh, business opportunities. It’s around this section of the film that the resemblance to the classic Spaghetti Western starts to become obvious. And boy, it doesn’t try and hide it. Arash’s descent is partnered with some truly impressive Ennio Morricone-esque orchestral music, albeit with an Iranian slant.

Meanwhile, the silent, cloaked figure of The Girl is shown to stalk the inhabitants of the city. A haunting soundtrack follows her as she toys with the weak, testing them, watching them. A brief interrogation of a young boy is uncomfortable to watch and is certainly enough to inspire nightmares, although the scene to follow appears to do its best to diminish her evil.

Which leads me onto my next point, the characters in this film are exceptionally three dimensional. So called ‘good’ characters struggle against their morals, while ‘evil’ contemplates their weakness. It’s a detail that often goes undeveloped in mainstream cinema, so is always refreshing to see in independent productions.

Case in point – The Girl eventually stumbles on a lost, rejected Arash alone at night. She appears to sense his vulnerability and opts to lead him home, leading them both on a journey they did not expect…

This film is more than just a vampire film, it is an exploration of character and tone. Characters pass by scenes of horror – of bodies piled high in ditches, they see lost and vulnerable people and move on without a word. Long, pondering shots allow the audience to experience the scene as a whole and see the emotions play out in real time. It is, quite frankly, a superb piece of cinema.

The soundtrack, too, breathes organically into the film. If I get the chance to watch this on the big screen, you can bet I’m going to be there. I can only imagine what it would be like to experience the atmosphere as it was intended.

Gushy, gushy, gushy. Sorry, I try not to do that but this film deserves it. Go and watch it. Watch it immediately.

If you only see one scene from this film, which is frankly a stupid decision to make, then make it this one. Arash has been led back to The Girl’s house, having connected on the street. I can’t say for sure, but I’m willing to bet you can determine a lot from these characters from just this.

Once again, I adore this movie.