All I know is that this is the worst vacation of my life. 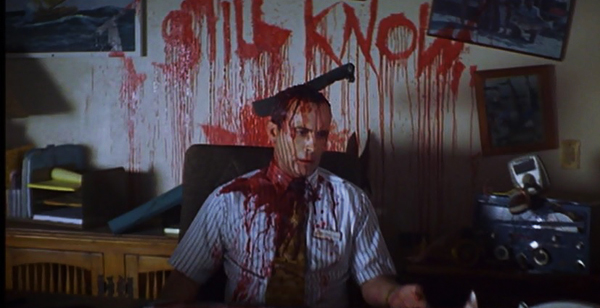 Sequels are tricky. Especially when the sequel was rushed into production almost immediately after the success of the first film. While it didn’t quite work out that way for I Still Know What You Did Last Summer (1998), the end result actually ended up making the eventual sequel even worse. Constant delays on the script meant the original cast became unavailable – all except Jennifer Love Hewitt, who I guess had nothing better to do.

As you will know if you read my review of I Know What You Did Last Summer (1997), you’ll know I actually bloody love it. It’s the perfect blend of cheese, camp and nineties nostalgia to overlook the pretty ridiculous plot. Now imagine taking this, rolling it up and wringing out the joy, and you’ll come pretty close to this lacklustre sequel.

Still, Something Must Happen – Right?

Directed by Danny Cannon (known best for the 1995 Stallone Judge Dredd adaptation – and one time alumni of the same college I studied in – fun fact!), I Still Know What You Did Last Summer (1998) takes place one year on from the events of the first film. Still haunted by the attempt on her life, Julie James (Jennifer Love Hewitt) has moved away from her hometown of Southport, but still suffers from chilling reminders and nightmares of the mysterious fisherman.

Things take a shift when Julie’s roommate, Karla Wilson (known only as Brandy), receives a telephone call from a local radio station, where she wins four tickets to an all-expenses paid holiday to the Bahamas for the weekend. It doesn’t take long before Julie, Karla, Karla’s boyfriend Tyrell (Mekhi Phifer), and Julie’s friend Will (Matthew Settle) – a last minute stand in for Julie’s boyfriend that ran into some fisherman-shaped trouble somewhere on the road outside Southport). As they arrive, the group find themselves on an isolated island – at the start of the hurricane season. Naturally, all other tourists do their best to vacate the island the the group are forced to endure what they thought would be a perfect weekend of sea, sun and alcohol.

Somehow making it over to the Bahamas, things continue to take a dark turn with the arrival of the vengeful fisherman on the island. One by one, he begins to take out members of staff at the resort – first, the dockhand, then the maid, and even the resident cannabis dealer (played by a weirdly out of place Jack Black). But as the body count starts to pile up, will the foursome be able to hold it together and survive the return of Ben Willis? And will Julie’s boyfriend Ray (Freddie Prinze Jr.) be able to catch up with the group to stop the Fisherman before it’s too late? 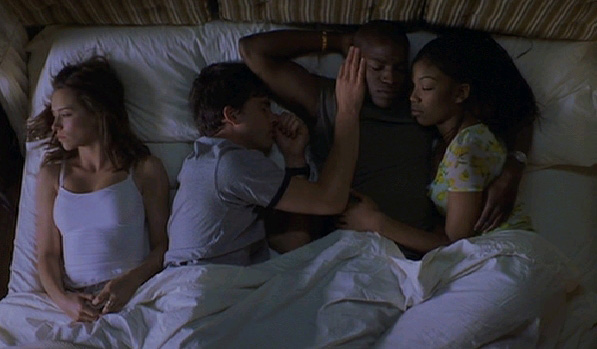 There’s also some weird voodoo stuff going on, and didn’t they stop the Fisherman last time? These are all good questions.

I don’t know, maybe I’m just not feeling it this evening but despite some level of effort coming through on the screen, I Still Know What You Did Last Summer failed to really get me invested. As a follow up to the previous film, it just feels so empty – there just isn’t that bite. I suppose what doesn’t help is that, unlike your traditional slasher film of the time, the group – including the resort staff – simply don’t deserve it. There isn’t a big sin that the Fisherman seems to be punishing – the responsibility ended about the time the credits started rolling.

It’s not all bad, though. Some of the kills remain quite impressive, and there’s more than a couple moments of excellent build up – especially around an hour into the film when things really start to kick off. 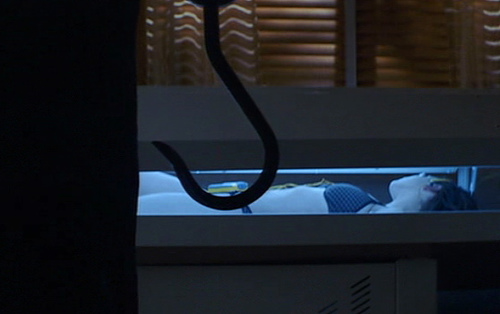 But that’s just it – it took an hour before things got interesting. An hour. There are better things to spend your time doing than watching this sequel. That said, the very final scene is incredible – and almost works as a self contained slice of horror. It’s not worth sitting the whole way through, but man, I still remember the shock watching that the first time round.

I won’t spoil it. Go and find it yourself if you’re that bothered – it’ll stick with you!