Maybe it will never come back… 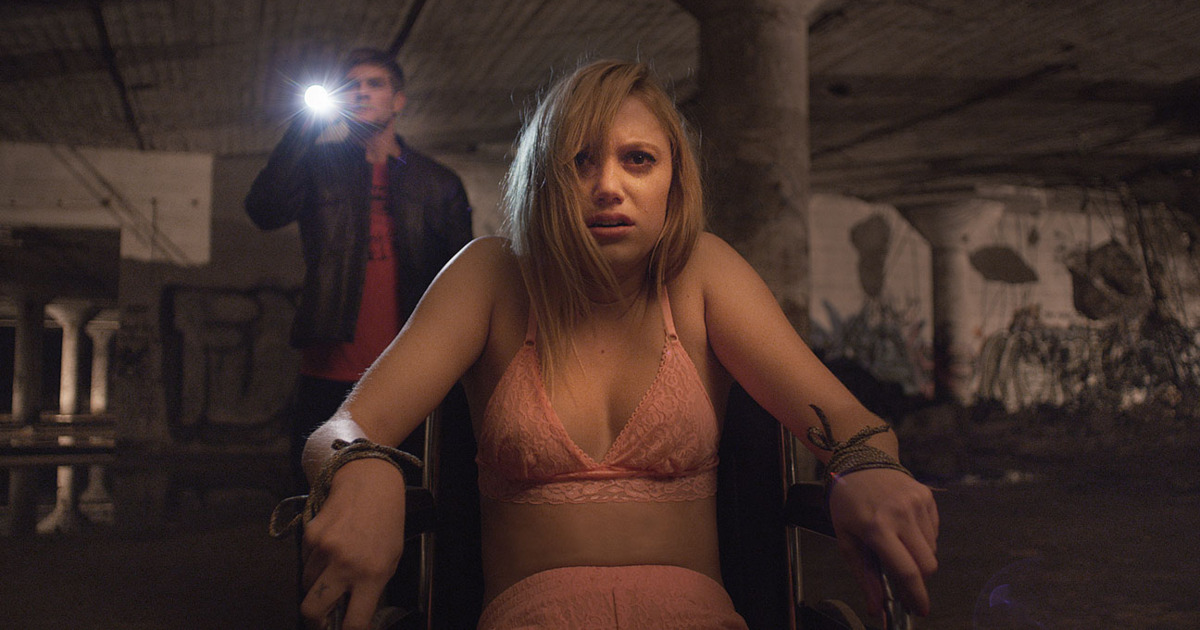 As you may well have gathered over the past fortnight, I pretty much love the horror genre. If I didn’t, you can pretty much guarantee the last thing I would want to be spending my October evenings doing is this.

That said, I sometimes find I need a bit of a warm up to get stuck into a horror movie. More than once, I’ve had the film ready to run in front of me and I start to wonder if there’s something else I should be doing.

This ritual has become a bit of a habit of mine. In many cases, it’s up to whoever put together the DVD menu together to lure me into hitting play. Dead Snow (2009) is a good example. Unsure whether to not to bother watching it, the ridiculous (and hilarious) trailer playing over the menu kicked me into life – and much fun was had by all.

More recnelty, as part of a boozy move marathon at a mate’s house I put in the It Follows (2014) DVD. I was tired and restless and unsure whether or not to continue. Then I heard the music.

I blame a childhood of 1980s films for my love of synthwave/retrowave (Vince DiCola’s soundtrack to The Transformers Movie (1986) is a particular favourite). Luckily for me, we seem to be living in a period of synth revival – particularly in film soundtracks.

So as soon as Disasterpeace/Rich Vreeland’s incredible soundtrack began to drone its way into my skull, I knew at once I was up for anything.

It Follows tells the story of a group of young friends living in somewhere that looks eerily like Detroit at the end of summer. One of them, Jaime “Jay” Height (Maika Monrow) heads out on a date with a young man going by the name of Hugh (Jake Weary). While watching a movie in the cinema, Hugh appears to go into a panic, dragging Jay out of the cinema with him, watching his back.

From all intents and purposes, no one can argue that the date from this moment goes very well. During the post-coital conversation, however, things start to turn dark very quickly.

Waking up in an abandoned multi-storey building, Jay finds herself tied to a chair. Hugh reveals to her that he is not trying to hurt her, but trying to save her. He informs her that there was something chasing him, something that never gave up, something that would kill him if it had the chance.

That thing would only stop chasing someone if they were able to have sex, in which case it would start to pursue the next person. Then the next. Should they be killed by the entity, it would begin to head back down the line.

Sure enough, on the ground, a naked figure emerges from the darkness and begins to walk steadily closer…

The story develops as Jay and her friends try to discover the truth of the horror. The trail leads them across the county to try and hide from the entity, but wherever they go, it’s only a matter of time before it catches up.

There really is something massively creepy about this idea. It’s not even just the concept, the entity, whatever it is, is able to take the form of anyone – including family and friends, their haunted gaze fixed on you, and only you.

Throughout the film there are hints to past abuses, an overall fear of intimacy and an ever-present doubt of the victim’s sanity. It is truly something out of a nightmare.

Just like several other films on this list, It Follows suffers from the post-John Carpenter syndrome. That is, entire sequences from this film look like they were ripped straight out of Halloween (1978) or Nightmare On Elm Street (1984). Suburban streets covered in amber eaves with long, ponderous shots are scattered throughout the film, something I can only assume was a deliberate homage by writer-director David Mitchell (no, not that one).

Not that the above is a bad thing, this is something I love about It Follows. There is also an atmosphere of art school invading many of the scenes, particular in the character scenes. During conversation, Jay will idly lay blades of grass across her knee, or someone might focus a little too hard on a daisy in the lawn. All things that stand out to me as a snapshot of real life, of what people actually do during long conversations.

In short, it all feels very dreamlike. One review I read at the time of the film’s release was that it had the feeling of the summer holidays about it, nothing really feels rushed – except when the terror begins again.

If I had to find a fault, there is a somewhat distracting element of timelessness about the characters. Almost hipster in their fashion choices, the characters will spend hours staring slack jawed at a black and white horror film while using technology that doesn’t exist. I don’t know what it is, but these small details never really settle with me.

That said, there is still more than enough to love in this film. More importantly, this is a horror film that leaves a lingering sense of dread in the audience – encouraging you to watch your back when you leave the cinema – which is exactly what a great horror should do.

Nothing to see here.