In Space, No One Can Hear You Scream

First of all, I know. There is nothing I could possibly hope to add by discussing the genre-defining Alien franchise, let alone Ridley Scott’s classic original.

I did mull over the idea of leaving Alien (1979) off of my Halloween list, but frankly the film is so firmly lodged in my core list of films I just had to include it. Plus, what a great excuse to watch it all over again!

Let’s not mess around here, everyone knows Alien (1979). It is essentially a slasher movie in space and so firmly routed in the used-retro future environment that you can almost taste the beige. It is because of this film (and arguably the likes of Red Dwarf, that took more than a little inspiration from the franchise) that I so love the industrial look and feel of the central ship of the film.

It has inspired my interests and my creative work far more than it should. Fair warning: You won’t be seeing much of a balanced review here.

Okay, for the uninitiated, let’s run through the plot.

In the far reaches of space, a commercial ship by the name of Nostromo is on a return journey to Earth, carrying a crew of seven and pulling a vast refinery of precious material.

During the flight, the on-board computer prematurely awakens in response to a distant distress beacon. As per company policy, the computer stirs the crew and changes course to intercept the mysterious signal.

Captain Dallas (Tom Skerritt) is informed of the new objective and he leads the reluctant crew down to the source of the signal – an unchartered planetoid and a derelict alien spacecraft embedded in the rock.

As Dallas, Executive Officer Kane (John Hurt) and Navigator Lambert (Veronica Cartwright) explore the derelict vessel, they discover a vast chamber full of leathery, fleshy orbs. Kane approaches one and is disturbed to find it appears to be organic and that something inside is stirring.

Back on board the Nostromo, Warrant Officer Ripley (Sigourney Weaver) determines that the distress signal appears to in fact be a warning, but is too late to save the crew members exploring the alien ship. Despite Ripley’s warnings, Dallas, Lambert and the unconscious Kane (now providing a +1 to the party) are allowed on board the ship by Science Officer Ash (Ian Holm) who begins to examine the creature now latched to Kane’s face.

The creature, incidentally, is in the process of laying an egg deep in Kane’s body. The gestation period is short enough, leading to potentially one of the most famous scenes in movie history. 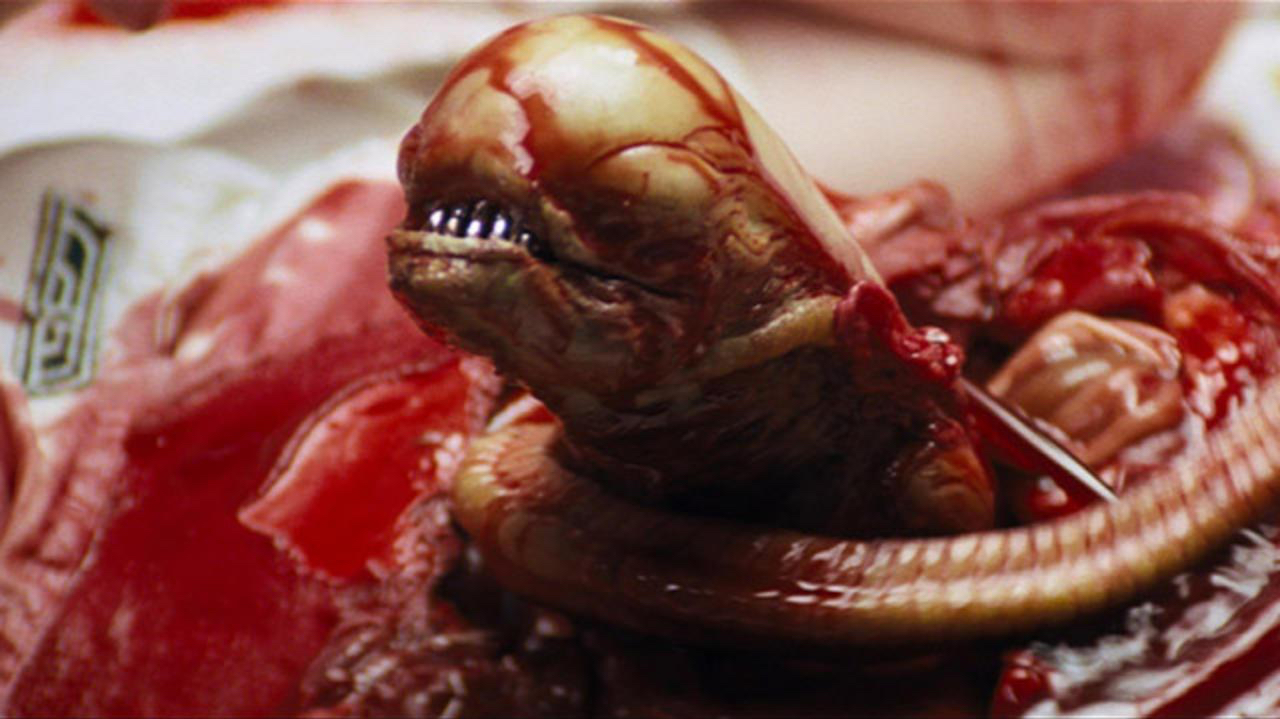 Unsurprisingly, the crew are unable to catch the creature then and there, the crew sett out to catch the alien before heading back into stasis. The entire crew, including engineers Parker (Yaphet Kotto) and Brett (Harry Dean Stanton), set out to find the cat-sized killer but what they eventually find isn’t quite what they expected… 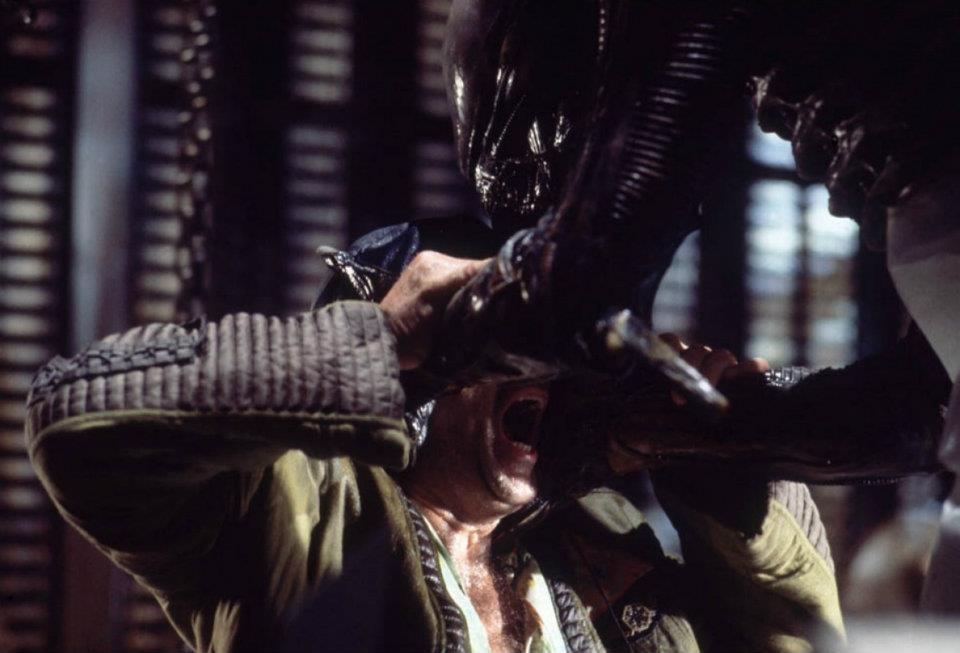 What follows is a heart pounding cat-and-mouse chase between the human crew and the unknown alien creature. The only question is who who survive?

Famously inheriting many of the talented artists and crew from the failed attempt at a Dune adaptation by Alejandro Jodorowsky, Alien gathered some of the best and brightest talents from across the globe and it absolutely shows.

Glorious physical effects are married with some outstanding direction and cinematography, while the cast were widely praised for their performances. What’s more, the level of skill poured into the set design and production have inspired multiple filmmakers over the past 30 years. It is, quite simply, excellent.

I realise that I am completely bias. This was one of a handful of films that really made me love cinema. Except for a handful of dated effects, Alien holds up as a modern classic.

I know a handful of people that disagree, however. They prefer James Cameron’s sequel, Aliens (1986). The appeal being that Aliens is a much more fun film – it’s quick paced, it’s quotable and it is so firmly set in the 80s that it appeals to a huge audience.

Don’t get me wrong – I love Aliens. But even thinking about Alien gives me chills. Not only is it deeply unsettling to see Kane lying in the medical ward with a ‘facehugger’ latched onto his face, the idea of being hunted by an unseen alien creature taps into a primal human fear. Set it on board a labyrinthian spaceship and you have a recipe for success.

As a staple piece of pop culture, Alien has naturally spawned a huge amount of parody, reference and homage material in its wake.

I think it’s fairly prudent to showcase one of the better ones (that incidentally was SAVAGELY CUT from the television edit of the film when I watched it recently – the monsters).