Unhand Me Gold You Thieving Hoods, You Got More Loot Than Tiger Woods 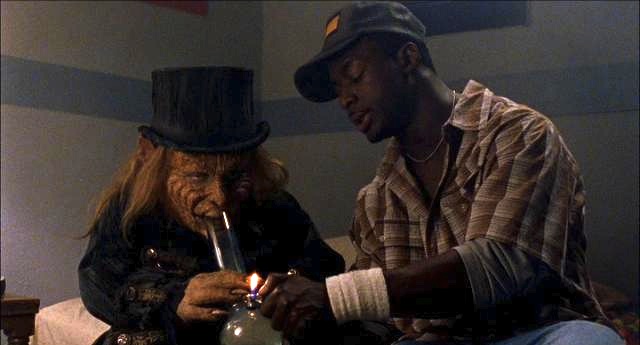 Okay, okay. I admit it. I’ve been watching far too many great horrors recently. Admittedly, it wasn’t exactly deliberate. I’ve rolled a few too many 6s in my random Amazon Prime/Netflix rolls, it’s about time I found something I could not physically manage to gush about.

Thankfully, during a trip to my local Cex branch, I found something that I couldn’t possibly love like I’ve loved most of the films I’ve watched so far. This time round, I found Leprechaun In The Hood (2000).

This film has long been the butt of many a joke, of how legitimate (if cheap and silly) horror movies can be ruined the longer a franchise runs for. For god’s sake, the eponymous villain raps for God’s sake.

So Where’s Me Gold?

Understandably angry, the Leprechaun launches a campaign of terror in order to retrieve his gold and magical flute, now in the possession of Postmaster P. and friends. Naturally, this also involves taking ownership of a club in the middle of the hood. Because why not.

Oh, the magical flute by the way, enraptures anyone who overhears it being played. We know this because they show us multiple times.

As Stray Bullet and Butch live it up with their newfound riches, Postmaster P. wrestles with his conscience. The three only begin to work together again after Mac Daddy’s unannounced arrival at their party, demanding they return the flute.

For some reason, the three rappers visit a local pre-op transexual and impress the neighbours using their rap and the power of the flute. This is a fairly transparent framing device to have the cast star in a short rap scene, but why the transexual? Weeeeell… We’ll get to that.

The film continues with the Leprechaun and Mac Daddy pursuing the boys for possession of the flute while they discover that their dreams are at their fingertips by using it to further their rap careers. This, naturally, ends in tragedy. 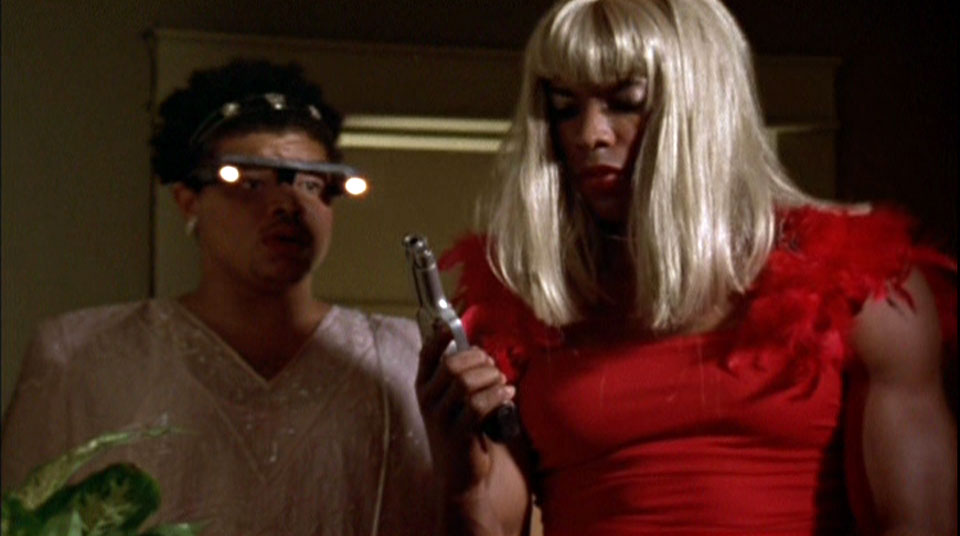 The real tragedy, however, comes with the boys deciding to take the fight to the Leprechaun himself. How? By taking their transexual friend’s belongings and arriving at the Leprechaun’s club dressed in drag, the plan being to trick him into smoking joints laced with four leaf clovers.

Oh, and Coolio turns up at one point. 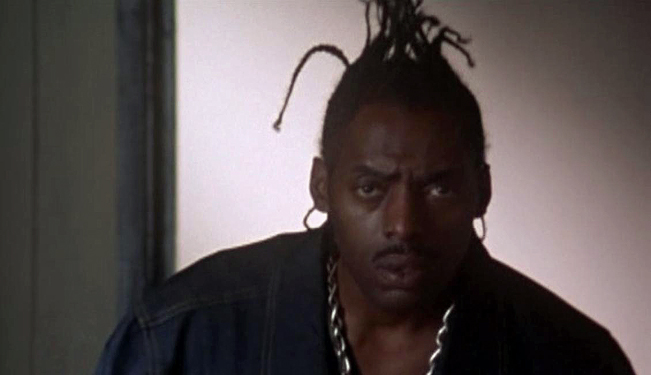 The best thing you can say about this film is that it is competently made. Assuming, that is, that the whole sections of film that appear to be out of focus are due to a shoddy transfer and not general incompetence. Ehh. I won’t put any money on it either way, to be honest. At least the camera faced the right direction.

Some of the gags do land, but most don’t. To be honest, it feels more like a cheap television show than an actual film – fitting, as this was a direct-to-video production. I could potentially see this as a cheap episode of Tales From The Crypt but not much more.

I will say that some of the blood and gore are quite impressive – I would certainly be proud of them if I had them in my film. The Leprechaun himself also looks great, though Warwick Davies can be the only one to take credit for this.

If you get a chance, skip this film. Unless you’re really, really drunk.

There is only one thing to add here. The sequence that adds the final nail in the 4 foot coffin. Ugh.

Turn up the bass, yo.