Even The Most Highly Developed Nuclear Flowerpots Could Not Stop It 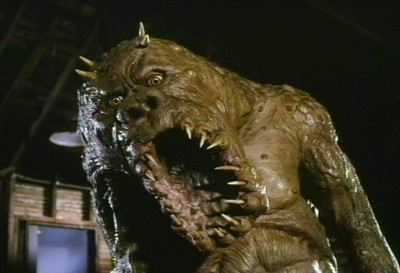 It was only a matter of time before we got to this. To be quite honest with you, I came to it much later than I probably should have, but as of last year I consider myself a complete Troma convert.

For those who don’t know, Troma Entertainment is a New York based production and distribution company led by Lloyd Kaufman. Operating in the golden age of straight-to-video, Troma Entertainment picked up cult status after such hits as The Toxic Avenger (1984), Class Of Nuke ‘Em High (1986) and, more recently, Poultrygeist: Night Of The Chicken Dead (2006).

It also fostered a whole host of now familiar names in the entertainment industry, including James Gunn, Billy Bob Thornton, J. J. Abrams and even distributed Cannibal! The Musical (1993) by a young Trey Parker and Matt Stone of South Park fame.

It’s a wonder, then, that Troma Entertainment isn’t better known. Part of me suspects that after a financial slump in the late 80s, they kind of prefer it to be that way. Certainly, Lloyd Kaufman stands out as one of the icons of independent cinema and the now decaying high street video trade.

I genuinely feel like I could discuss Troma all evening, but a glance at my word count indicates I should probably move on to the main event. Monster In The Closet (1986)!

In one of many dull office-based jobs from my past, I would often listen to playlists of weird, quirky things to help me get through the day. On one occasion, I happened to be half-watching a playlist of B-Movie trailers (oh yes, check me out) when along came Monster In The Closet. Playing something between a 50s drive-in monster flick and a Zucker brothers parody, I knew I had to see this film.

Opening with a 1950s style voiceover that inexplicably attempts to explain the unexplainable events taking place in Chestnut Hills, the film opens on multiple murders taking place inside the closets of innocent residents (including one young girl played by Fergie off of that Black Eyed Peas), both young and old. 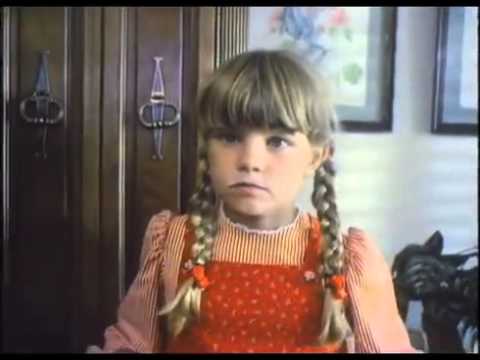 All the local Sheriff’s Office have to go on is a hideous roar, a pile of clothes flying out across the room and a pair of puncture marks on the victim’s neck.

As theories and conspiracies begin to circulate, the hapless group do their best to uncover the truth behind the gruesome murders. While at dinner, some commotion outside the house leads them to their first true sight of the eponymous monster.

A horrifying beast with two heads emerge, its likeness similar to that of a child’s drawing of a nightmare. Despite a valiant effort, the beast murders the town Sheriff in front of a crowd of onlookers, before disappearing into the shadows once again.

Dr. Pennyworth picks up on the odd tone of the creature’s roar and postulates that the beast can be summoned using the child Professor’s latest gadget – an amplified xylophone.

Thankfully, we quickly move back to the fun stuff. 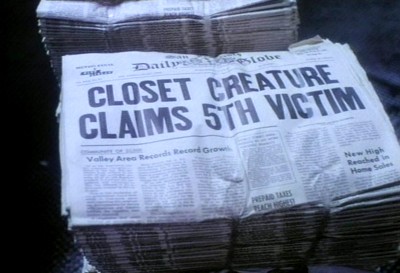 With the local police unable to stop the monster, the army are called in to destroy the beast. Led by General Franklin D. Turnbull (Donald Moffat), the military also fail to kill it, but take control of Chestnut Hills – prompting an evacuation.

With the nation’s military powerless, it’s down to Richard, Diane and the “Professor” to lure the beast to its demise.

But maybe, just maybe, the Monster wants more than to just murder.

I love this film. I’ll admit it isn’t the strongest of Troma’s work but it’s just the right amount of ridiculous to make it a great, fun watch. The humour throughout still manages to hit the right beats and I would highly recommend this for a group viewing. A group viewing with many, many alcoholic beverages to hand.

Stand out scenes include the farcical Psycho (1960) shower segment, the driving prowess of General Turnball and the laugh out loud reveal of Richard’s wonderful eyes.

Alternatively, you can go ahead and watch virtually their entire back catalogue of films via their VHX channel – Troma Now. You won’t be disappointed.

For now, I’ll just leave you with the magical trailer that set me on this path. Ladies and gentlemen, I give you, Monster In The Closet (1986).