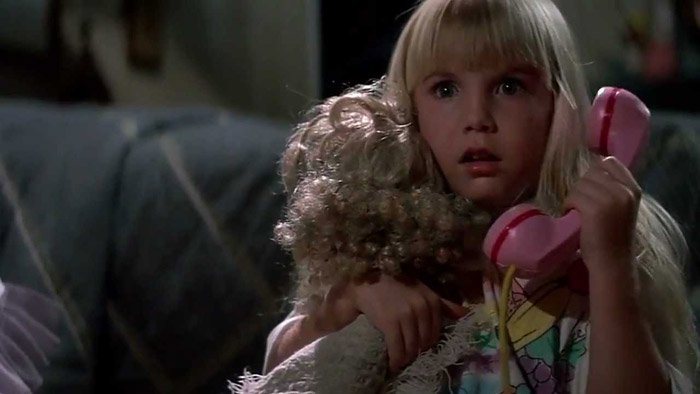 Sequels, on the most part, have a bad rap. To be fair, there are a lot of dross cash-grab sequels after an unexpected success of an original film. This is probably most prevalent in the horror genre – where low costs and huge box office success sets the production company executives giddy with delight, forcing out another production within months of the original film’s release.

I mention this because my idea of starting a number of long running film franchises in last year’s 31 Days Of Horror seemed like such a good idea at the time, but now am very aware that I have a list now of sequels to round off my second year of reviews. Some are going to be terrible, while others, like Poltergeist II: The Other Side (1986) actually have a charm all of their own.

This is a controversial statement. Poltergeist II has a terrible reputation but, you know what, I kinda love it. Sure it’s just a massive cash grab, and yes, it barely holds a candle to the original film, but, you know what, it works. It also made me laugh on more than one occasion – just don’t expect to be getting any nightmares from it.

One year after the events of the first film and Cuesta Verde, the controversial housing estate, has been abandoned followed the Freeling house being, you know, consumed by some sort of spectral portal into another dimension. Below where the house stood, an archeological dig is underway.

A Native American Shaman, Taylor (Will Sampson) has been invited along to get his insight into what has been uncovered, and after meeting with psychic Tangina Barrons (played by the unmistakable Zelda Rubinstein), descends into an ancient cave network below where the swimming pool would have been. Below, he finds hundreds of skeletons, and senses the presence of an evil force – an insane preacher, long though dead.

Meanwhile, in a perfect little home, the Freeling family – made up of Steven (Craig T Nelson), Diane (JoBeth Williams), Robbie (Oliver Robins) and Carol Anne (Heather O’Rourke) – have moved in with Diane’s mother, Jess (Geraldine Fitzgerald). Feeling the pinch after losing their home, and being consistently unable to claim implosion on their home insurance, Steven has been forced to sell vacuum cleaners door-to-door – and it weighs heavily on the whole family. 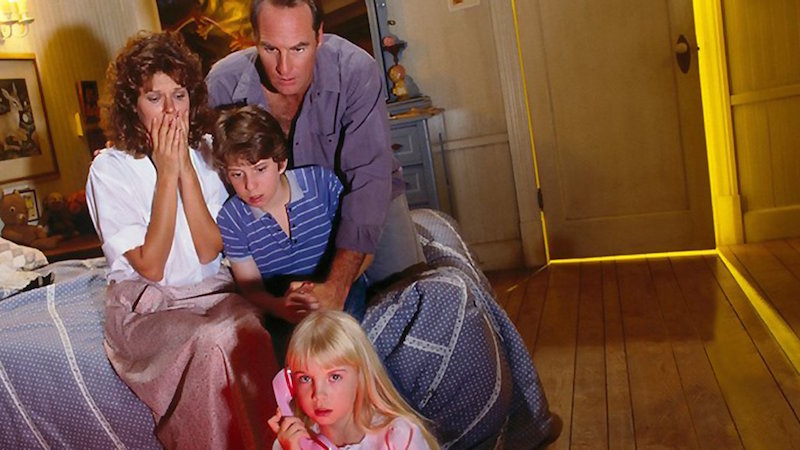 Understandably hesitant to buy a television, the family spend their time together, and seem happy for it. Carol Anne has taken to drawing and art, and has taken to start drawing some very peculiar, and creepy pictures of gaunt looking men in black formal wear. It doesn’t go unnoticed by Jess, who senses that Carol Anne is highly gifted – and is likely clairvoyant, much like herself. She later dies of natural causes, passing on her love to the young girl over a toy telephone.

Later, while out shopping, Carol Anne notices a mysterious figure – like the man from her drawings – walking towards her. She panics, and loses Diane and Robbie in the crowds. The man, Kane (Julian Beck), catches up with her in an intensely creepy scene. He tries to lead her away, but she resists, paralysed with fear. She is rescued by her mum and brother, but not without the sinister figure leaving a mark on the young girl. 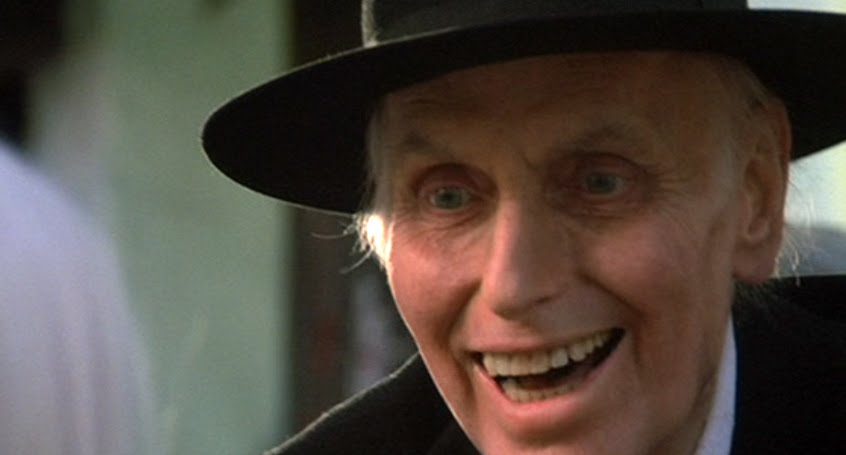 Later, the same man approaches the house shortly after the arrival of Taylor – the shaman from before. He demands to be let in as the shadows form above the house. Putting up a brave front, Steven sides with Taylor, and as Kane skulks off into the shadows, Taylor and the family set about defending their home. As the dark spirit grows in power, and dangerous power begins to once again surge through the house, the family must hold together to stay alive – and protect Carol Anne from the jealous fury of the deceased, who are beginning to be drawn ever closer. 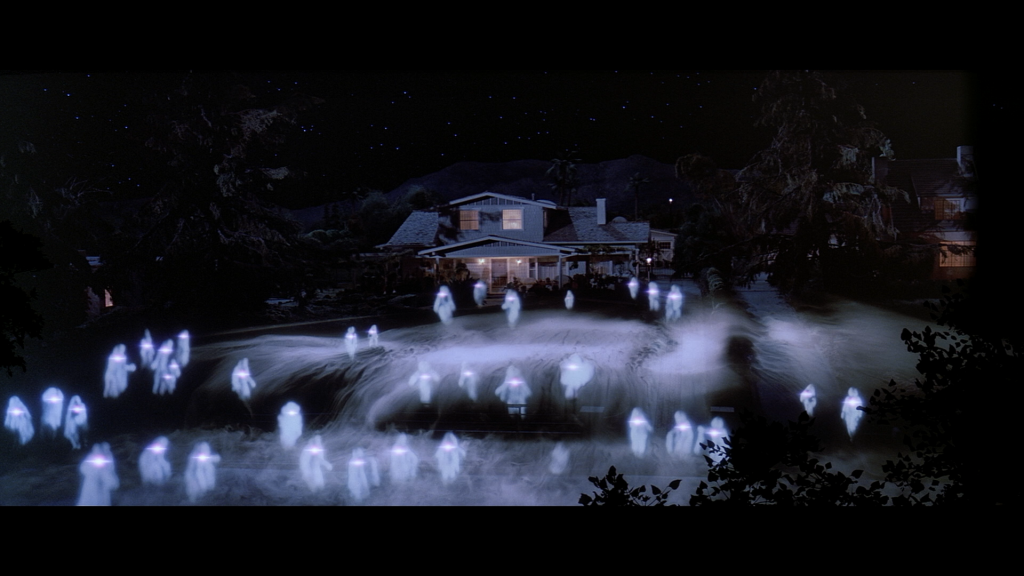 But what does Kane want with the girl, and what is his connection to the events of the past? Will they succeed, or will the restless spirits continue to plague this all American family?

As I mentioned earlier, I totally bought into this film. I mean, I don’t think there was ever really a poltergeist. Nor was there a the same sense of growing dread as in the original film and spectacular finale. It was instead replaced by a pretty well told and well rounded family story about overcoming the odds and sticking together.

Julian Beck, as the evil Reverend Kane is truly the star of the show. He’s chewing the scenery in the best possible way – but never once losing that sinister presence even when he is off screen. He was diagnosed with stomach cancer as I understand it, passing away a couple of years later – which goes a long way to explaining his truly haunting image.

The sight of the decomposing skeletons in the house felt more fun than anything else – I certainly found myself chuckling at more than a handful of scenes, especially those that followed a scary set piece, and Steven and Diane’s bizarre efforts to calm down. It was pure comedy. The special effects work was also genuinely incredible, and despite H R Giger’s vague input, actually was surprisingly effective – you’ll never take your eye off the worm in your tequila again, lemme tell ya.

So all in all, a fun little film. Nothing to write home about, I grant you, but there’s enough here to distract you. If you really want a fright, I recommend looking up the curse that was said to be on the cast and crew of this film – no doubt due to the use of real skeletons on the set. Still boggles the mind…