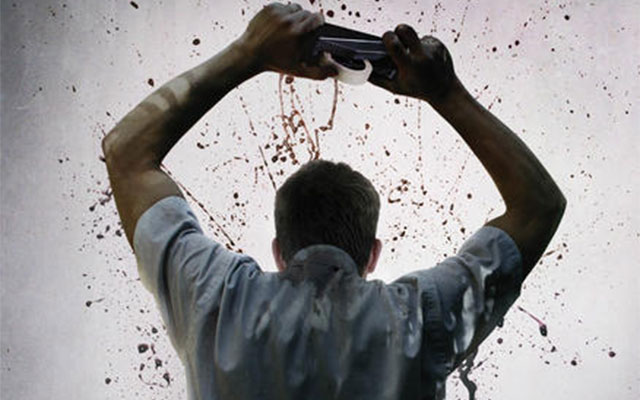 I’m just going to come out and say it: I love trashy movies.

Blood, gore, violence, campy humour, sex, whatever it is I’m probably on board with the whole thing – so long as it makes me laugh and doesn’t feel like a weak attempt at making a funny movie. I say this because, despite my love for trash, I can’t stand the likes of Sharknado (2013) or Battleship (2012). Give me an Asylum film and I’m more likely to throw it away than actually watch it. I like my trash to feel like a solid attempt at a real film, and yet fall so horribly short.

Generally speaking, my love for trashy cinema is strictly limited to home viewing. DVD, Blu Ray, even Amazon Prime and Netflix can be a good source these days. However, every now and then a film that ticks every single one of my boxes ends up being distributed and shown in the cinema – and you can bet I’ll be there, throwing my money at the opening box office statistics.

Enter: The Belko Experiment (2016). Written by James Gunn and directed by Greg McLean, The Belko Experiment is one of those films that I will inevitably buy multiple copies of, just to distribute to friends, colleagues and random strangers on the train – just so they can know what the hell I’m blathering on about when I start gushing over recent cinema trips.

To cut this review short: I loved every second of The Belko Experiment. It was horrifically violent in the best possible way, and yet held up to deliver some genuinely laugh out loud gags, both visual and verbal. I walked out of the cinema a happy man, and I absolutely recommend you go and see it. Now. Go now.

Somewhere outside Bogotá, Colombia, an American non profit organisation by the name of Belko Industries has been established to help promote and establish American businesses in the southern continent. Supplied with a house, a company car and a wealth of benefits, the American staff of Belko Industries include Mike Milch (John Gallagher Jr.), his girlfriend Leandra Jerez (Adria Arjona), executive Wendell Dukes (John D. McGinley) and the top boss himself, Barry Norris (Tony Goldwyn).

As the employees arrive one morning, they are surprised to see a group of heavily armed security officers at the gate, searching those entering and turning away anyone who is a local employee. Frustrated by the delay, and a little suspicious, Mike begins to make enquiries into what might be going on – a question left unanswered by the only in-house security guard, Evan Smith (James Earl).

For anyone who has seen the trailer, the following has already well and truly been spoiled. After several of the characters have been established, a Voice (Gregg Henry) is heard over the tannoy, explaining that all employees are now locked in the building. The only way to be released is for 30 of the 80 or so employees in the building to be killed – the circumstances of which are up to those inside.

Initially thinking it is some sort of prank, COO Barry establishes himself as the leader of the group and attempts to calm everyone down. That is, until people’s heads start to explode. As set up earlier in the film, all employees have been security tagged – a requirement for insurance to cover for those who may be kidnapped during their stay in Columbia. These tags are, naturally, armed with high explosives and set to explode at the push of a button.

Panic follows, and as the top executives begin to group together, Mike, Leandra, Evan and a handful of others begin to realise that they can’t rely on humanity to win in this scenario. Sure enough, the executives led by Barry, and assisted by the increasingly deranged Wendell, take the power of life and death into their own hands – executing anyone they see fit to kill to save themselves.

As many will have already pointed out, The Belko Experiment definitely has the feel of Battle Royale (2000) meets Office Space (1999). It is shockingly violent and no one holds back on the blood pump – and I absolutely loved it. People have described it as a horror, but unless I’m truly jaded, it felt far more like a comedy to me. I wouldn’t go into this film expecting it to be full of jokes and one-liners, but the visual comedy and use of jaunty latin renditions of famous pop tunes just screams black comedy to me. Jet black. With red splattered all over it. 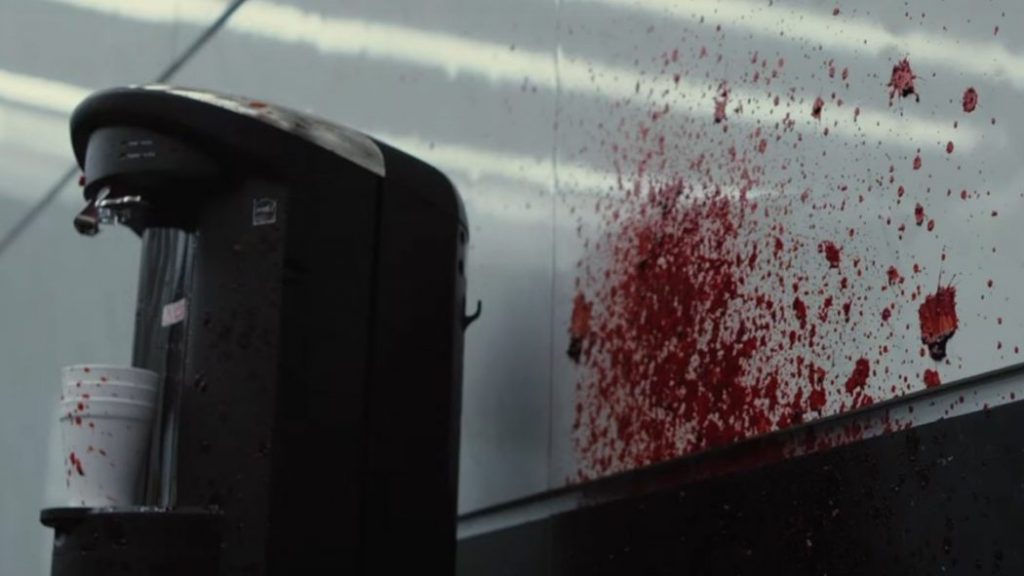 If you want to break it down, the story is pretty straight forward. You’re not gonna see much in the way of twists, turns and character arcs, but as a one track demolition derby it absolutely holds its own. There was a missed opportunity to introduce some more satire into the story, taking my earlier example of Office Space, there’s certainly room to highlight workplace politics into the way people murder one another. Maybe someone stole a spoon, or talks too loud on the phone, or has a very irritating habit of whistling when they breathe through their nose. That said, as the film stands there’s not really much need for more detail like this – but it could have been there, and might have established some more of the hatred these characters show for one another.

Still, the character performances in this film absolutely sell it for me. I can’t think of a single dud note (although the comedy stoner characters did seem a little out of place). It goes without saying that John C. McGinley is a flawless actor, but in truth his supporting role was as powerful as anyone else’s. The staple James Gunn regulars such as Michael Rooker and Gregg Henry are wonderful to see, as always. But John Gallagher Jr. and Adria Arjona had some wonderful scenes that helped establish who the audience should be rooting for.

The funny thing is that The Belko Experiment really does feel like a James Gunn movie. I’ve since read up on this and found that James Gunn was initially supposed to direct the picture but pulled out years ago, leaving only his script to the project. Despite that, it has the feel of a higher budget Super (2010) and absolutely falls into his category of storytelling. I’m not sure if this was a deliberate move on the part of Greg McLean or the studio, but it’s interesting.

Still, as someone unfamiliar with Greg McLean’s directing work, I can absolutely ay that I’m looking forward to seeing what else he has directed – and what he might be doing in the future.

Still, that’s enough from me. Time to practice making some blood effects.

GO AND WATCH THE BELKO EXPERIMENT.