In every generation there is a chosen one. She alone will stand against the vampires the demons and the forces of darkness. She is the Slayer. 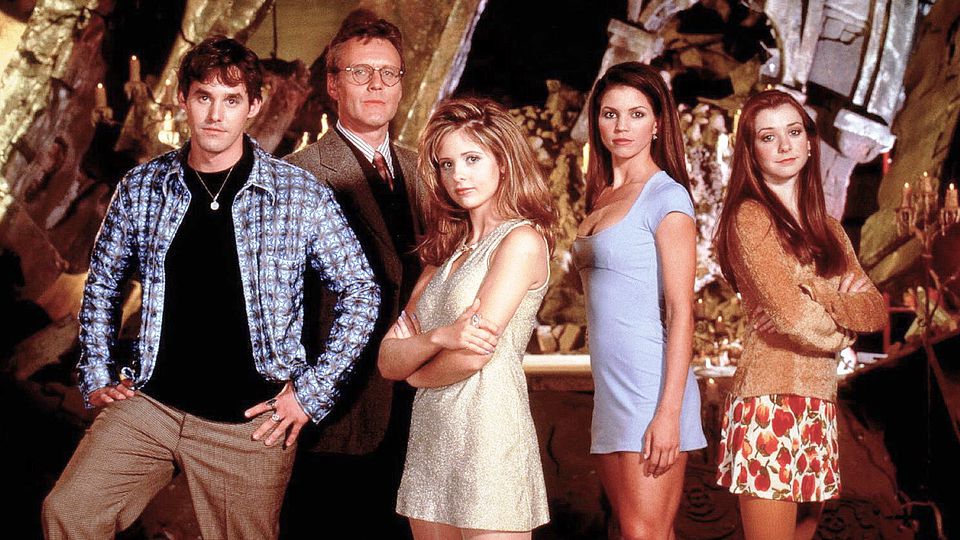 As anybody who frequents social media may be aware, 90s butt-kicking icon Buffy The Vampire Slayer is due to turn 20 on the 10th March 2017. Twenty years old. If it were a human, it would probably have just about learnt how to boil an egg and do its own laundry.

Set in the fictional Californian town of Sunnydale, Buffy The Vampire Slayer told the story of the eponymous heroine, Buffy Summers (Sarah Michelle-Gellar), as she tried to fit a normal angsty teenage life in around a calling of fate that has given her the title of ‘The Slayer’. Not only must she contend with homework, boys and a somewhat under appreciated social life, but her calling has given her the strength and power to slay demons and save the world from eternal damnation.

Well I never said it was an easy thing to sum up in a paragraph.

Joss Whedon’s work is arguably more popular than ever thanks to his work on Marvel/Disney’s Avengers films, so his style of wit and humour is now an often mocked style that is now a trope in itself. However, at the time it stood out as completely unique. Not only was this a contemporary horror setting, but it was funny.

It really was unlike anything I had seen before. I was a child obsessed. I say child because, basically, that’s exactly what I was. I’m fairly certain the first episode aired in the UK while I was in Year 5 of primary school – that’s 9 or 10 years old to those not in the UK. Perhaps a little too young to really grasp everyone on the screen, but who cares. It was on BBC 2 after Newsround, what did you think I’d be doing? Going outside?

I wasn’t the only one either, as the show went on I distinctly remember small groups of children forming in the school playground, excitedly going back over the episode the night before. Whether it was teenage students being possessed by a pack of hyenas and eating the kindly School Principal, or about the supply teacher that actually turned out to be a giant preying mantis – everything was mind blowing – the closest thing we had to it was Goosebumps and that hardly even touched on some of the themes and horrors we were seeing in Sunnydale.

How has it held up?

Looking back on it now, Buffy managed to capture something that has often been attempted but has never truly settled. This is, of course, completely my opinion, but when you look at the likes of Charmed (1998), True Blood (2008), The Vampire Diaries (2009) and even to some degree, the Twilight series, it is easy to see the similarities. But while these shows focussed on action, love, romance, mysticism, female protagonists, Buffy frankly got there first. Not only was it first, it didn’t focus on just one thing – it covered them all. It covered them all and did it better.

If nothing else, the show’s depiction of vampires has become the definitive version in my head. A demon possessing a human’s body, retaining the memories and darkest parts of their character? Well, I guess that’s okay. What? Their face goes all wrinkly? Cool! 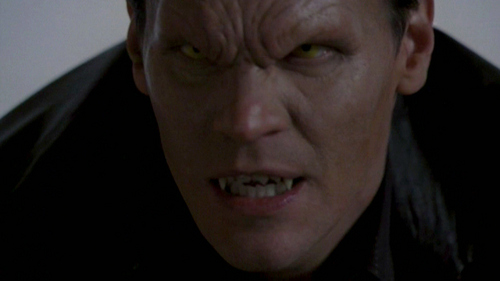 Personally, I think the 7 seasons peaked somewhere around season 2 and 3. This is possibly more nostalgia than anything else, but these seasons saw the most character development and conflict – and two absolutely gob-smacking finales. That said, some of the greatest episodes came later. Episodes such as ‘The Zeppo’, ’Hush’, ‘The Body’, ‘Once More With Feeling’ and, my personal favourite, ‘Restless’ all stood out to me. They each had their own voice, their own tale to tell.

In many ways, Buffy was made by its supporting cast. Xander (Nicholas Brendan), Willow (Alyson Hannigan), Giles (Anthony Head), Cordelia (Charisma Carpenter), Angel (David Boreanaz), Spike (James Marsters) – each one had their own development and purpose in the overall story. To his credit, Joss never shied away from telling a story focussed on a supporting character, sometimes even elevating background characters to named, motivated characters with their very own arcs. It was how a series should be run, and as Buffy began to lighten up after the Sunnydale High School era, the spin-off series Angel was a welcome return to some of the darker storylines that were seeded in the early few episodes of Buffy.

I can’t begin to work out exactly how much of an impact Buffy left on me as a creative writer, but if I had to guess, I’d say ‘a lot’.

As Stephen King once said, “A good horror story is one that functions on a symbolic level, using fictional (and sometimes supernatural) events to help us understand our own deepest real fears.” This, for me, is why Buffy The Vampire Slayer made such an impact on me as a fresh faced pre-teen. It was not always the horror, it was the acceptable face of teenage drama that woke me up to the wider world.

The demons, vampires, humour and cheerleaders were just the icing on the cake. Good job, B! 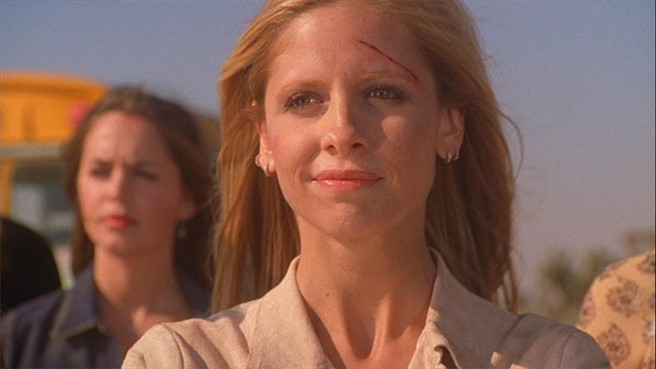