When You Are A Vampire You Become Very… Sexy 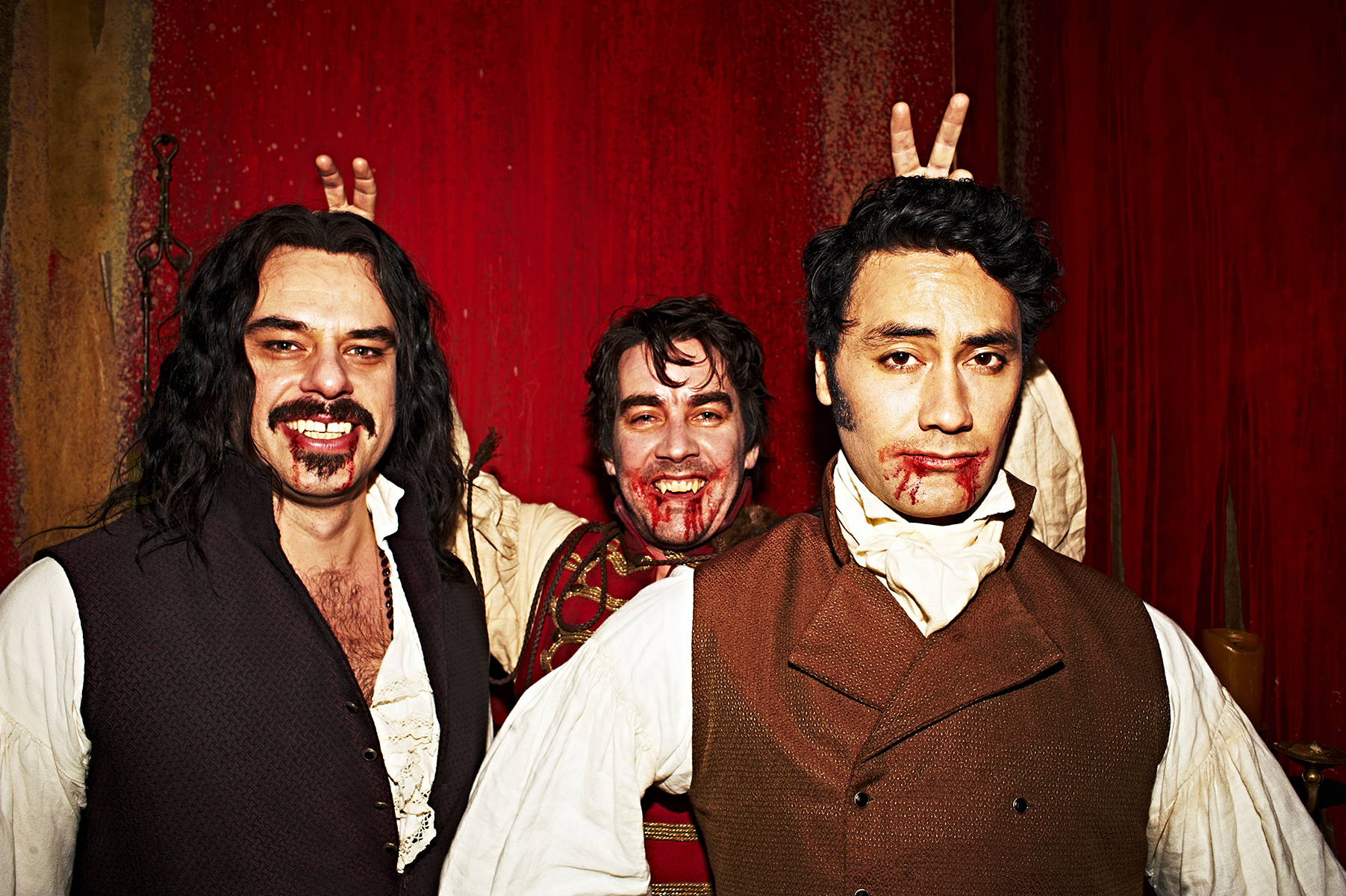 For a certain generation of teenagers, being a vampire was something to admire. There was something romantic about the dark outlook, the solitude and isolation that appealed to the teenage outlook. Naturally, being immortal, nocturnal and pissed for the most part was also a hugely appealing hook.

This was corrupted with the arrival of the Twilight franchise which swung open the coffin doors to tweenage girls and boys, but the likes of Interview With A Vampire (1994), Buffy The Vampire Slayer (1992) and later the peerless Buffy The Vampire Slayer/Angel television series really fostered this longing for a whole host of teenagers – myself included.

That isn’t to say I drank blood or studied central European folklore from the middle ages – although I certainly knew people who did. But there was a fascination there, one that I have to admit is still there at the back of my head (no glitter provided).

Why am I admitting this to you, my silent digital therapists? Weeeeell.

Written and directed by Jemaine Clement and Taika Waititi, What We Do In The Shadows (2014) is a mockumentary horror comedy following a group of vampires living together in Wellington, New Zealand. Before I had a chance to see it, I had heard all about it after its hugely successful screening at the Sundance Film Festival. It was huge.

It also incorporates everything that appealed to me as a feckless, disenchanted youth – and manages to tear these preconceptions apart while doing it. It felt like a personal attack – I loved every second of it.

But What DO They Do In The Shadows?

The opening of the film describes how a small camera crew have been equipped with crucifixes and granted access to a house of vampires, in order to document the secret Unholy Masquerade ball.

We are met with Viago (Taika Waititi), a prissy dandy from the 18th Century; Deacon (Jonathan Brugh), the “young rebel” obsessed with being cool and looking sexy, Vladislav “The Poker” (Jemaine Clement), a perverted former tyrant; and finally Petyr (Ben Fransham), an 8,000 year old ‘Nosferatu’ who lives in the blood soaked basement in a stone coffin. 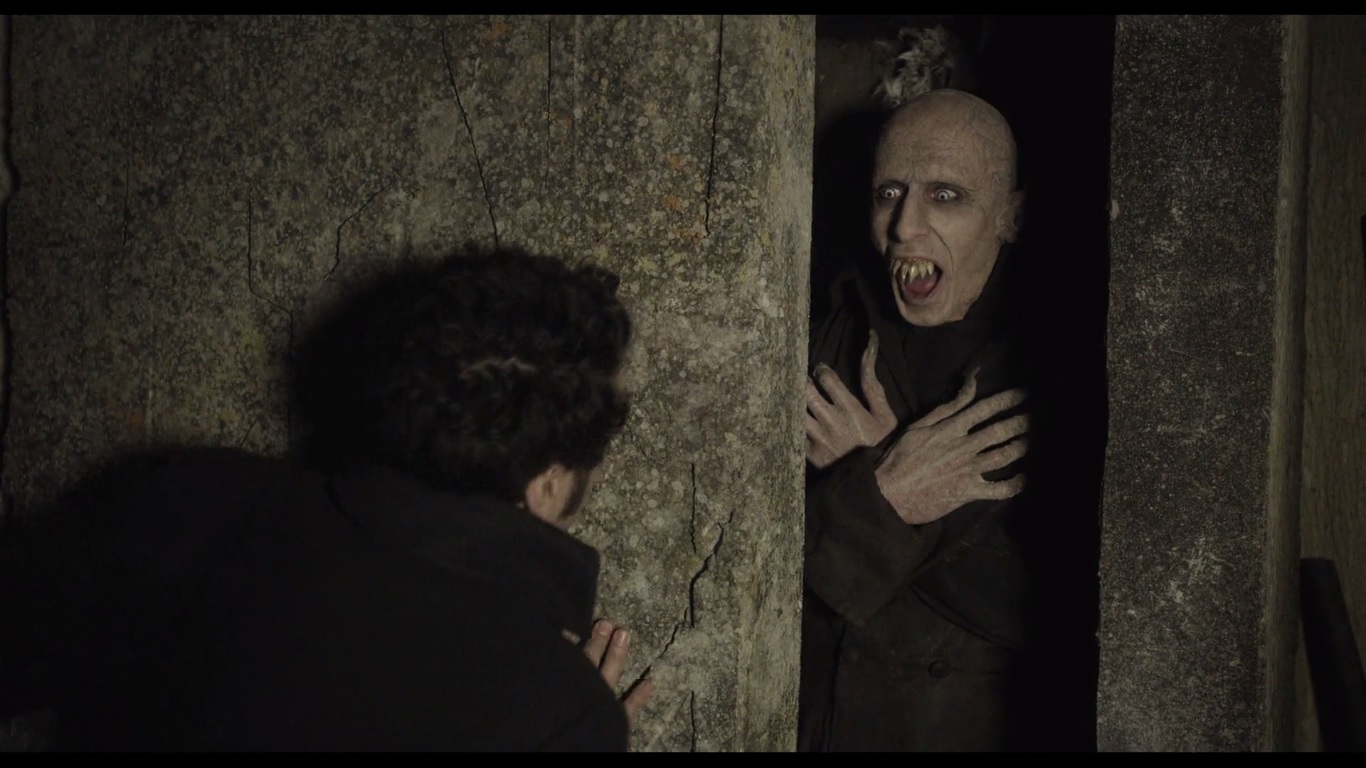 Starting as we mean to go on, the three younger vampires are assembled in the kitchen by Viago, who complains about the state of the house and that the cleaning rota is not being kept up with. As Vladislav puts it, the state of the washing up is an embarrassment when guests arrive – shortly before they are dragged away to be devoured.

In time, we meet Jackie (Jackie Van Beek), a human that acts as Deacon’s ‘familiar’ – essentially his servant – on the promise that she be turned into a vampire herself. One of her duties is to lure people into the house – preferably virgins – to be eaten. This leads to one intended victim Nick (Cori Gonzalez-Macuer) to be accidentally chased into Petyr’s open jaw and himself turned into a vampire.

Being young and naive, Nick becomes a source of frustration by the vampires, who are forced to babysit him so he doesn’t make any more mistakes. Although they do take an adorable liking to his good friend Stu (Stu Rutherford – an actual IT engineer who was roped into the film).

As the group interact with Wellington’s nightlife, local werewolf pack and are dragged into the 21st Century, we see each character grow and strain in their respective roles – before things finally come to a head during the Unholy Masquerade ball. 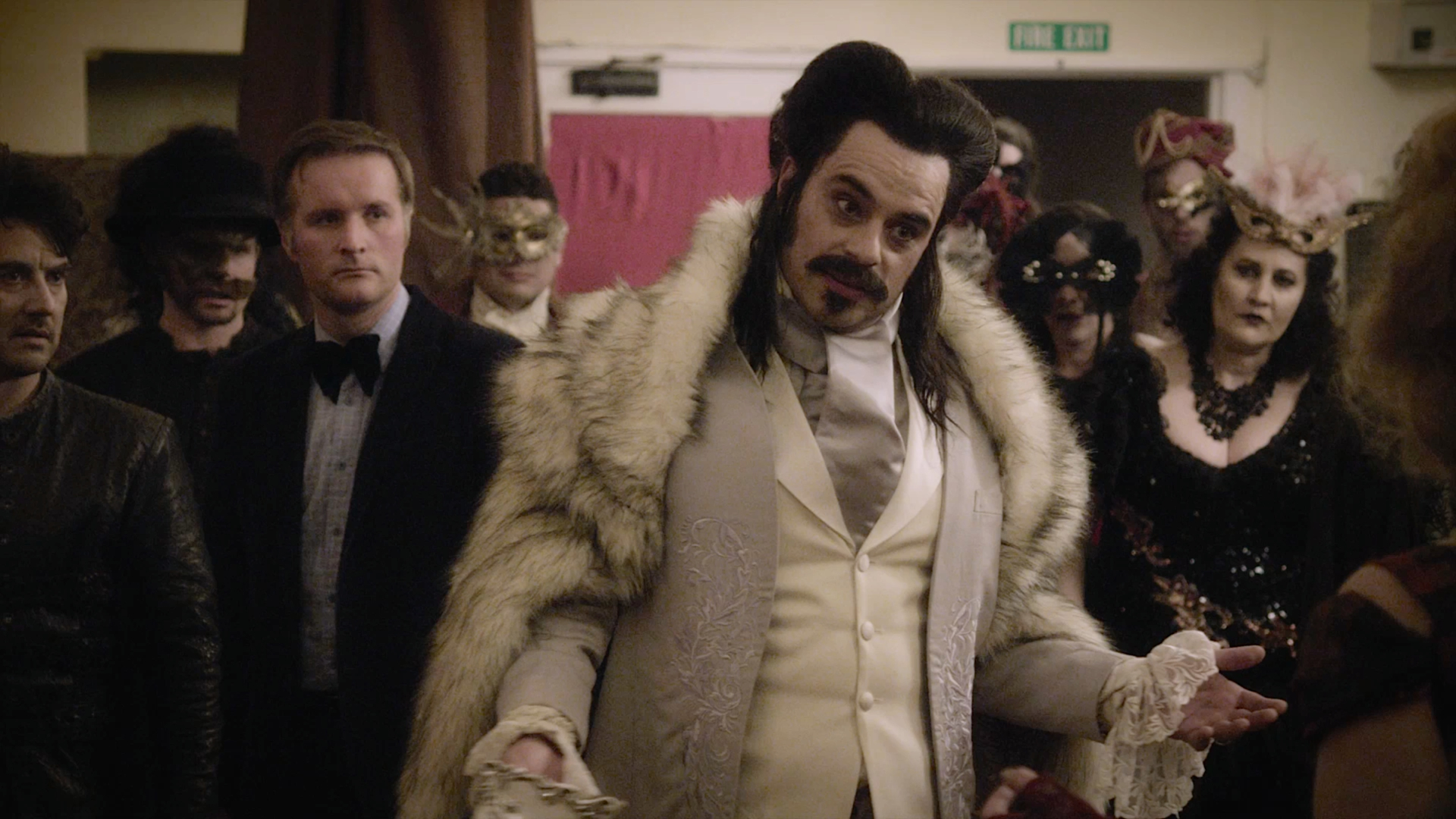 It’s hard to describe the humour here, it’s more than just one-liners and great punchlines. Before writing this, I read that while there was a huge script written for the film – no one in the cast or crew were shown a copy throughout filming (to keep things natural and fluid) and you can really tell.

The cast themselves have some fantastic chemistry throughout the film and everything just feels real. The unusual quirkiness of the plot really sells itself and even small visual gags are enough to make you laugh aloud.

Anyone who has seen or heard of the Flight Of The Conchords will know exactly what I mean when I saw that awkwardness just seems to roll off of these guys – and it works.

Also impressive are the effects in this film. I first watched this alongside a mate and we were both struck dumb by some of the shots on display – particularly during Nick’s terrifying chase through the vampire’s home (and especially the show of Deacon crawling out of his backpack – wow!).

This wasn’t just a quick production, the passion that went into What We Do In The Shadows is obvious. If you haven’t already seen it, you should- No, you need to see it.

A couple of weeks ago it was announced that a television spin-off series, ‘Paranormal Event Response Unit’ is now in development, alongside a cinematic spin-off following the werewolf pack featured in the film ‘We’re Wolves’. That’s right, we’re getting our very own cinematic universe of awkward, hilarious horror comedy. I cannot wait.

If you need any extra persuasion to watch What We Do In The Shadows, check out the trailer here:

Alternatively, if you have seen the film (and loved it as much as me) then check out the original short film – it’s great!