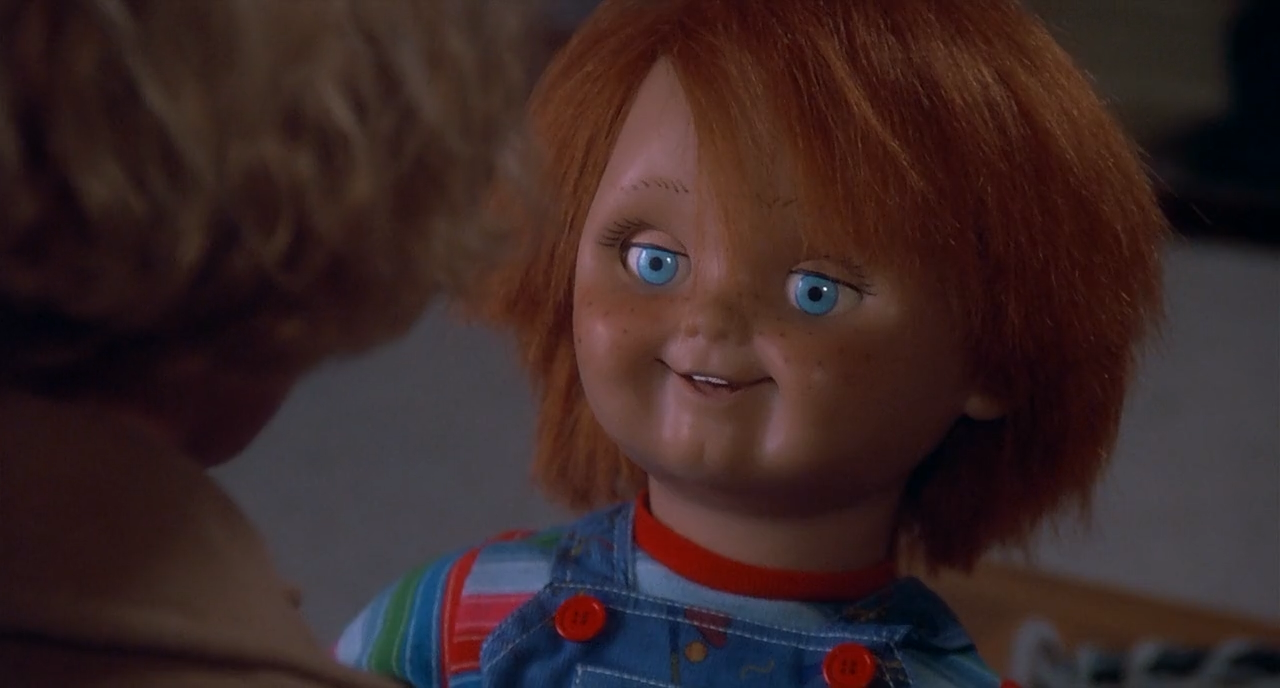 Modern horror movies tend to focus on a few things. These few things often revolve around being as cheap as possible, with the least amount of thought and effort, but a scary enough sounding name to ensure teenagers across the globe drag themselves out to see it. Putting it that way, it’s possible that this has always been the aim of horror movies, but that’s by the by. Anyone who has paid attention to cinema trends will have seen that movies focusing on comically creepy looking dolls, or evil, sinister looking children who proclaim to have a view into the supernatural world.

It’s predictable, it’s boring, and unless you’re twelve years old, I highly doubt these types of film will have any lasting effect on anyone with more than  handful of braincells to rub together. That is, unless a sudden loud noise caused you to have a cardiac arrest or spill coca-cola across your date’s white jeans. Oh, boy.

But it wasn’t always that way. Once upon a time, “creepy doll movies” had a charm all of their own – and they didn’t depend on sinister china dolls with psychotic eyes standing in the corner of your room.

No! There was once a time where even most popular dolls on the market could be ruthless murderers. What’s worse, sometimes even the cutest kids in the world might even be in on the secret…

Welcome, one and all, you’ve just stumbled onto the infamous Child’s Play (1988).

Somewhere in Chicago, the notorious serial killer and fugitive, Charles Lee Ray (Brad Dourif) is on the run. Hot on his heels, homicide detective Mike Norris (Chris Sarandon) isn’t giving up. The two enter into a gunfight in the streets, and Charles is wounded. He tries to run to his accomplice, Eddie (Neil Giuntoli), but in his panic, Eddie floors it – driving him and Charles’ only chance at freedom away into the night.

Cornered, Charles manages to shoot the lock off the door into a toy store – escaping into the aisles. Mike follows, and the two enter into a game of cat and mouse. However, Charles ends up worse off, and falls into a stack of “Good Guy” dolls – an incredibly popular interactive doll with bright orange hair and denim dungarees. Seeing it as his one and only chance of escape, Charles begins to recite a mysterious chant. Hearing this, Mike notices that overhead, storm clouds approach – the magic is working.

The following day, single mother Karen Barclay (Catherine Hicks) is woken up by her adorable son Andy (Alex Vincent), who is excited that it is his birthday. He is desperate for a Good Guy doll, and makes his disappointment extremely clear when the large box he spotted turns out to be just a load of dumb clothes. Ugh.

Karen knows she let her son down, but she simply doesn’t have the money – not until her friend Maggie (Dinah Manoff) points her in the direction of a peddler in the back alley behind their workplace. He is selling a fairly pristine looking Good Guy doll – and at a fraction of the cost. Without asking any questions, Karen leaps to the offer – and is delighted to see Andy absolutely adores his new toy, who introduces itself as Chucky. 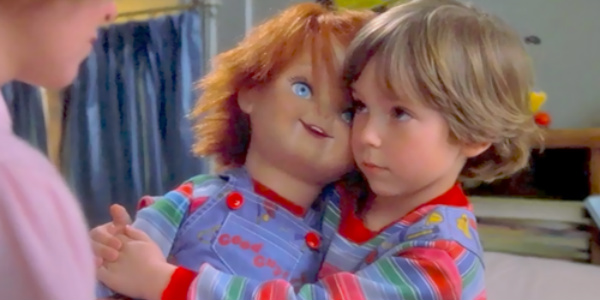 Later, Karen has to head back to work, leaving Maggie to babysit for Andy and Chucky, who are getting on like a house on fire. In the background, the news reports on the death of Charles Lee Ray, and that Eddie was arrested – but has since escaped custody and is once again on the run. However, before any more details are revealed, Maggie switches off the television and orders Andy to bed. Andy takes a moment to whisper something to Chucky, before asking if Chucky could watch the news first.

The answer is no, but when Maggie finds Chucky sitting up watching the news after Andy has gone to bed – well, Maggie isn’t happy. Neither is Chucky.

It doesn’t take long before Chucky makes his presence known. Possessed by the spirit of Charles Lee Ray, he first executes Maggie in a way that could kinda be seen as an accident, I guess. Detective Mike Norris has his suspicions, however, and all eyes turn to Andy. This only intensifies as Karen begins to notice Andy and Chucky seemingly talking with each other, in a way very reminiscent of the story of Robert The Doll (where the child would be heard talking to another, deeper voice when with his favourite doll). 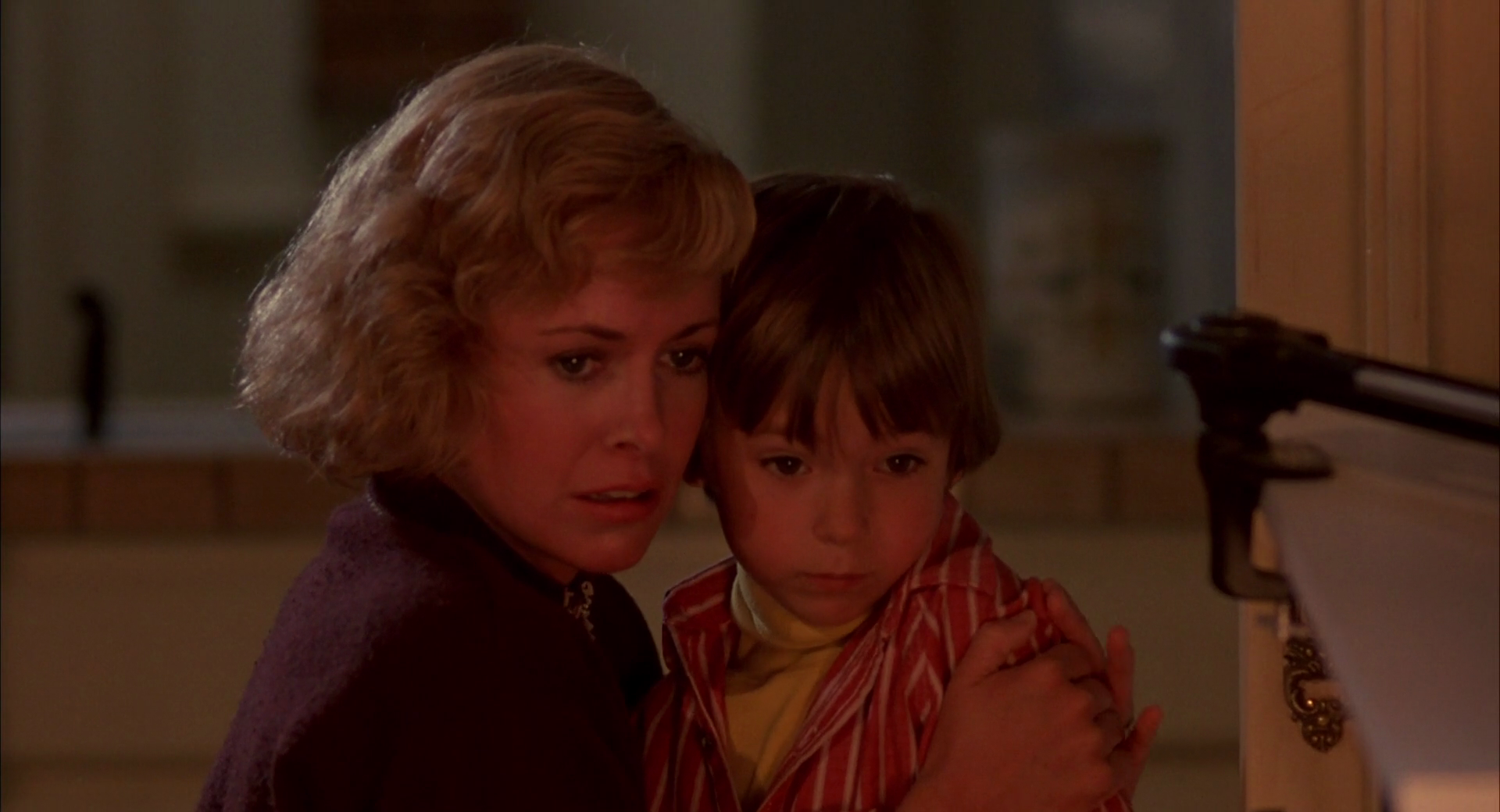 But as the kill count begins to add up, will Karen learn the truth before Chucky is able to kill again?

As franchise openers go, this one’s a doozy.

It’s easy to remember Child’s Play as a genuine horror film, particularly in comparison to the later entires in the series, which range from goofy to hysterical. While, yes, I can appreciate that Child’s Play may inspire some sense of fear, the mystery is all pretty much laid out for the audience from scene one. Instead, the film – directed by horror aficionado Tom Holland – takes its time stirring the characters into twists and turns, desperate to follow the path back to the truth.

The truth, when it is revealed, is of course that the doll has been possessed by the restless soul of a serial killer. Brad Dourif’s wonderful voice acting absolutely sells this throughout the film. To put it another way, Chucky is a foul mouthed little shit, and I love it. His first words to Karen, in particular, had me laughing out loud. He only gets better as time goes on, too.

“YOU STUPID BITCH, YOU FILTHY SLUT! I’LL TEACH YOU TO FUCK WITH ME!”

There’s not much more to say, except Child’s Play is one of those films that, I think, doesn’t get talked about enough. It’s an incredible fun and ridiculous story, and one that certainly delivers on special effects, gore and exceptional camera work. It also marks the first chapter of one of my favourite long lasting horror franchises – all of which retain the same writer, Don Mancini. This is reason enough to pick up this film and check it out all over again.