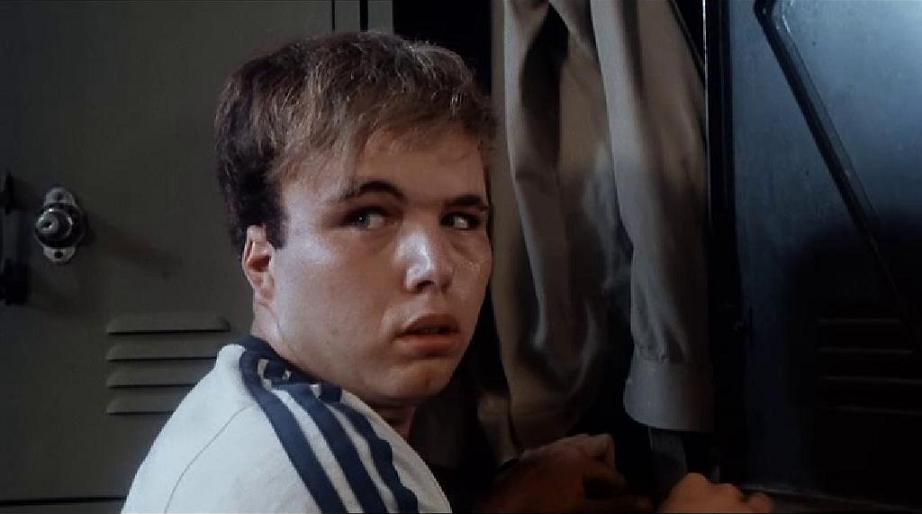 Sometimes you want to pick up a good movie. Academy Award-winning-good, you know? Other times, you just want to watch some trash. If I’m in the mood for something terrible, you’ll no doubt find me scouring the local charity shops for hidden gems, or possibly even wandering around the darkest corners of Poundland, searching the shelves for a DVD that isn’t a celebrity workout video.

It’s while I was in this mood that I discovered Evilspeak (1981). I know now that this film has a real history to it – it being one of the famous UK video nasties during the eighties – but at the time, all I saw was a terrible looking horror movie, complete with laughably bad cover art and a pretty lame attempt at writing a blurb. Evidence A: 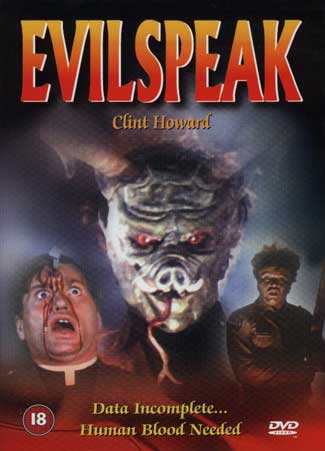 So, congratulations Prism Leisure Corp., your terrible job made me pick up a classic slice of Satanic Horror and take it home to meet the parents. Good work!

Somewhere in Spain during the middle ages, a group of ragged cultists are approached by a church official. Their leader, Father Esteban (Richard Moll) is condemned by the religious figure, forbidden to hold mass and, basically, told to take his evil sermons elsewhere and renounce Satan. It, ah, it doesn’t really sink in.

Fast forward to the modern day, and in an American Military Academy, life is pretty rough. It doesn’t get much rougher than it does for Stanley Coopersmith (Clint Howard), a gifted young cadet who is treated badly not only by his classmates, but his instructors too. As punishment, Coopersmith is sent down to the academy basement to clean it out alongside the sozzled caretaker (R.G. Armstrong). While clearing the space, Coopersmith uncovers a hidden room containing dusty tomes of black magic, and a diary seemingly belonging to one Father Esteban. 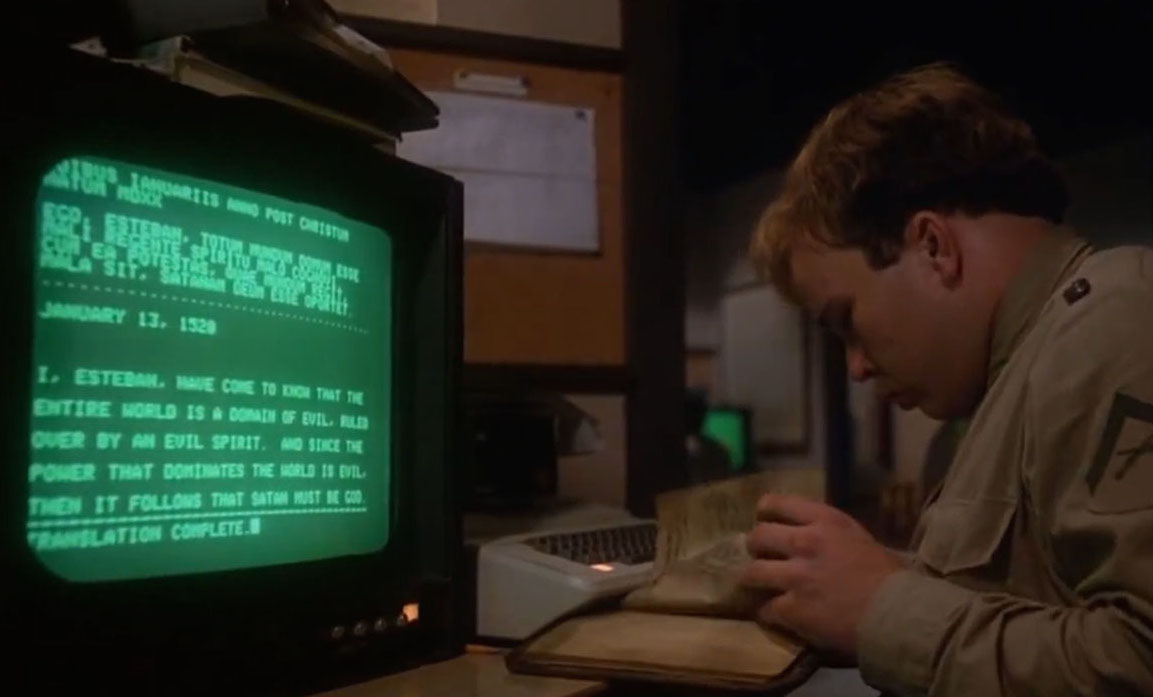 As his classmates continue to bully and harass him, Coopersmith dedicates his free time to studying Esteban’s books, painstakingly entering them onto the school computers, which translate the words of Latin to readable English. Not wanting to have his research discovered, Coopersmith eventually smuggles some of the school’s equipment into his hidden chamber beneath the academy building, along with a puppy he saves from the school’s kitchen.

In time, Coopersmith’s understanding of the passages increase, with the stolen computer forming pentagrams and dictating ingredients to the obsessed young man. Despite his efforts, however, the computer insists that the ritual requires more. It requires… blood.

Later, after an academy beauty contest, Coopersmith’s classmates, drinking heavily, discover his hidden chamber in the basement. The group, led by Bubba Caldwell (Don Stark), become increasingly unhinged as they discover more of the hidden material. On finding Coopersmith’s puppy, the group slaughter the poor dog, with the computer in the room crying out that it needs human blood to complete the ritual. This turns out to be the final straw, and, when Coopersmith discovers the mutilated body of his pet, becomes furious. Pledging himself to Satan, the young cadet begins to take the steps necessary to perform the ritual under the guidance of Father Esteban himself – now appearing as a demonic spirit. 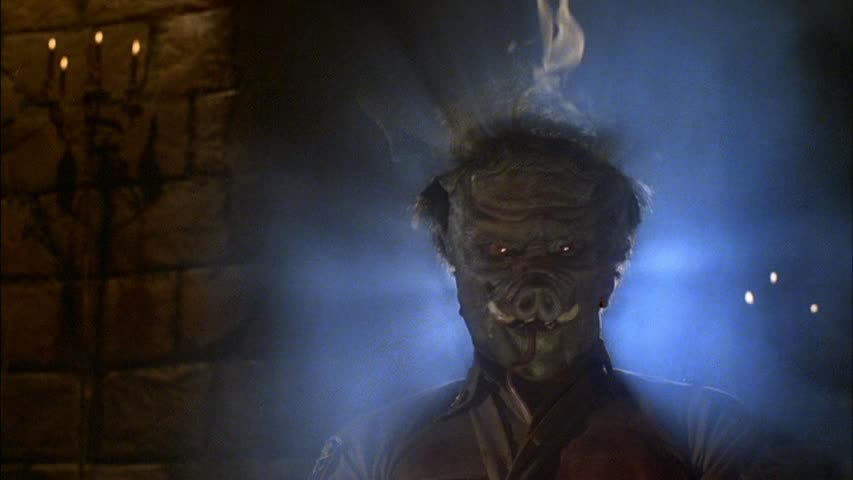 What follow is a final act of total chaos and destruction. Somewhere between Carrie (1976) and Damien: Omen II (1978), Evilspeak becomes a story of justified revenge on a world that never cared. Full of Satanic imagery and surprisingly impressive special effects, the climax will have you sitting up and paying attention – I promise you that.

I, Stanley Coopersmith, will return. I WILL RETURN!

When I first saw this film, I was blown away. I was legitimately expecting something barely watchable – something so cheap it may have been a home movie shot on film. Instead, Evilspeak was something else – it may be a video nasty, but the shocking truth is – it’s actually rather good.

Sure, there are long periods where nothing really happens, and yes, the plot only really starts moving in the final half, but man. To get an ending as satisfying as Evilspeak, you need to understand where this rage came from. Sure enough, the final sequence is about as true to a vision as hell as any other I’ve seen. Clint Howard may be known now for playing unhinged characters, but his transformation here is quite a shock on first viewing.

What’s more, despite the slow burning plot, there are plenty of things to keep you occupied. From deaths, to breasts, to visions of evil – if you want a classic slice of cult horror, look no further! 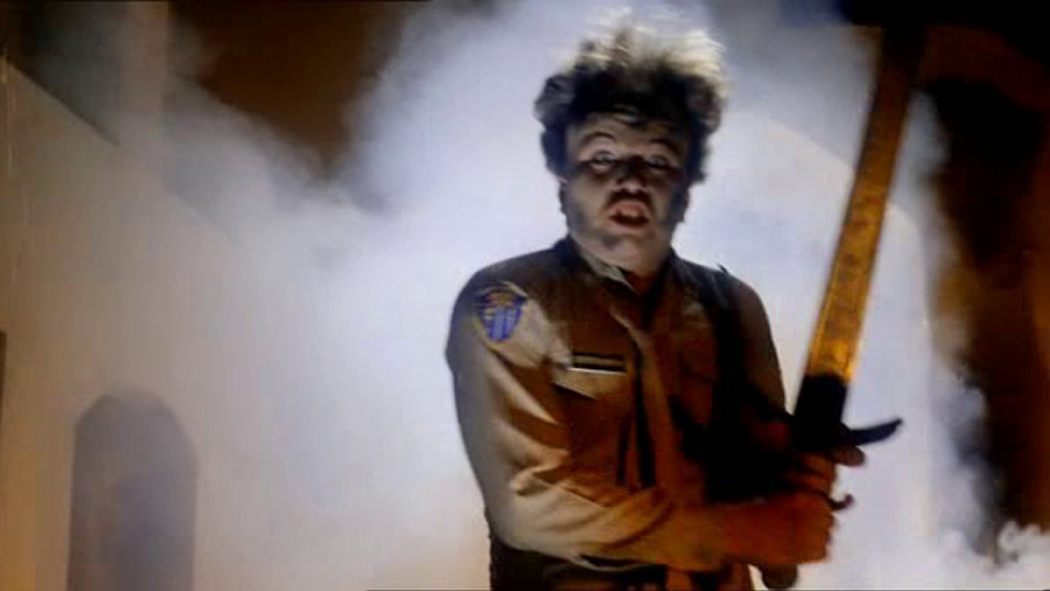