They’ll Get You In The End… Again! 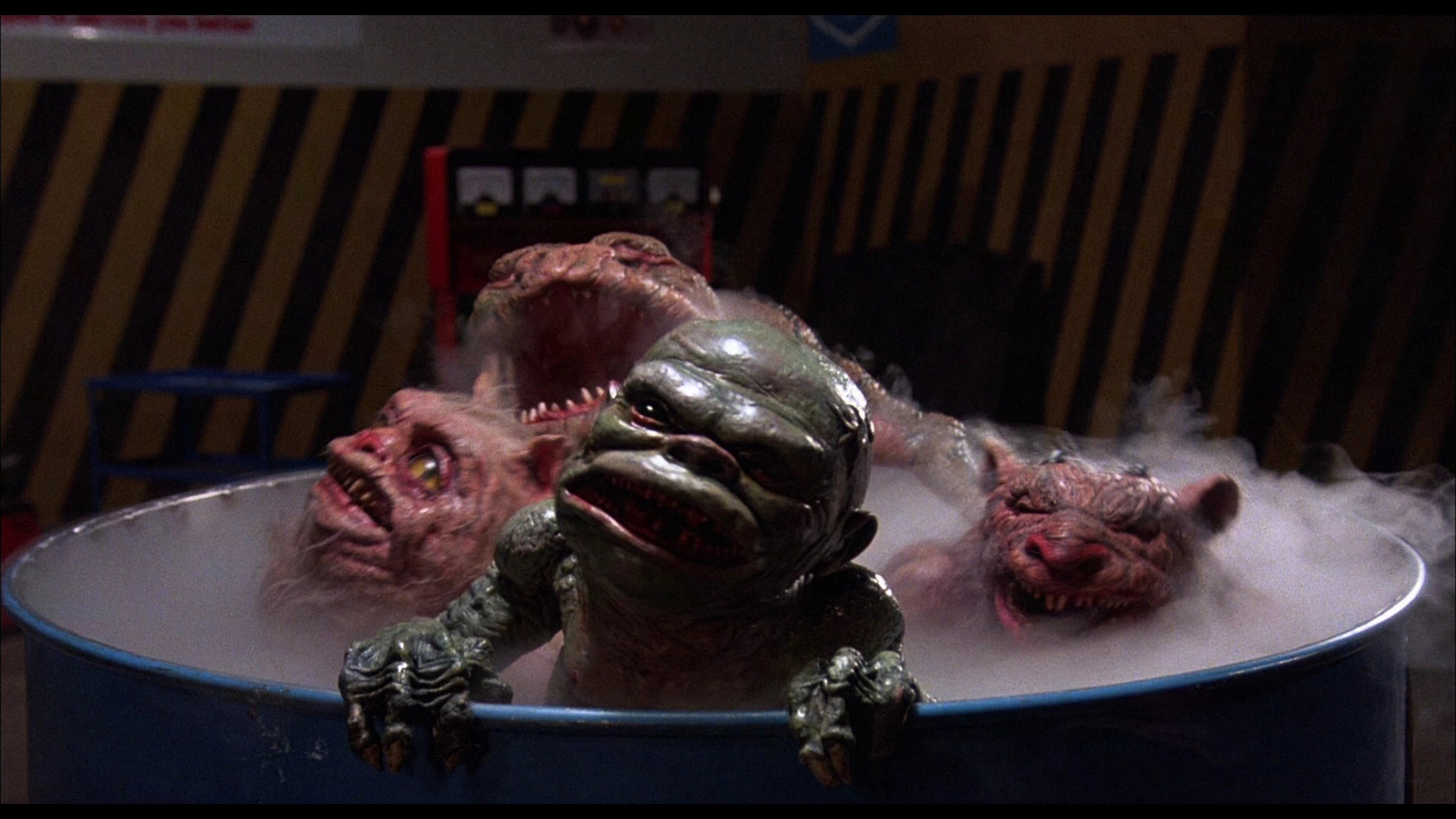 I love Gremlins (1984). I love Critters (1986). I love pretty much the entire genre of mutant puppets terrorising innocent people and doing their best to absolutely ruin the environment they find themselves in for laughs. I should hope so too, as anyone who knows me will know the lengths I’m currently going to to learn how to make my own damn puppets too, but, hey, let’s not make it about me over here.

Despite the above, I just can’t seem to get into the Ghoulies series. You may know I tried the first film this time last year, and was hugely disappointed how terrible it was. Sticking with the sequel vibe I’m committed myself to, I went ahead and picked up Ghoulies II (1988) to see if things improved at all. Thankfully, it did, but that doesn’t say much. Perhaps I came to this series too late in the day, maybe it’s something you need to build a tolerance to.. Still, here I am. So let’s talk plot!

I am a magician, you sons of bitches. You can’t kill me!

Somewhere near the Graves Manor, in the dead of night, an amusement park trailer called “Satan’s Den,” rattles along the moonlit road. Driven by the plucky young Larry (Damon Martin) and his alcoholic Uncle Ned (Royal Dano), the duo struggle to get to the carnival site in time, as warning lights flash in panic on the dashboard. Recognising it as the engine overheating, Larry swings the truck into the nearest open-looking garage on the side of the road.

When he finds one, the garage is suspiciously empty, except for a mysterious vat of extremely toxic chemicals bubbling away in the centre of the room. Frustrated, Larry leaves, just as a heavily corroded skull bobs up in the chemical vat – soon joined by a group of familiar looking demonic creatures – which for ease’s sake, I will dub The Rat, The Cat, The Bat, The Dog and the Aquatic Demon Baby. Sensing this as their chance to escape, the group manage to stow aboard the back of the trailer – and are soon on their way to their new life. 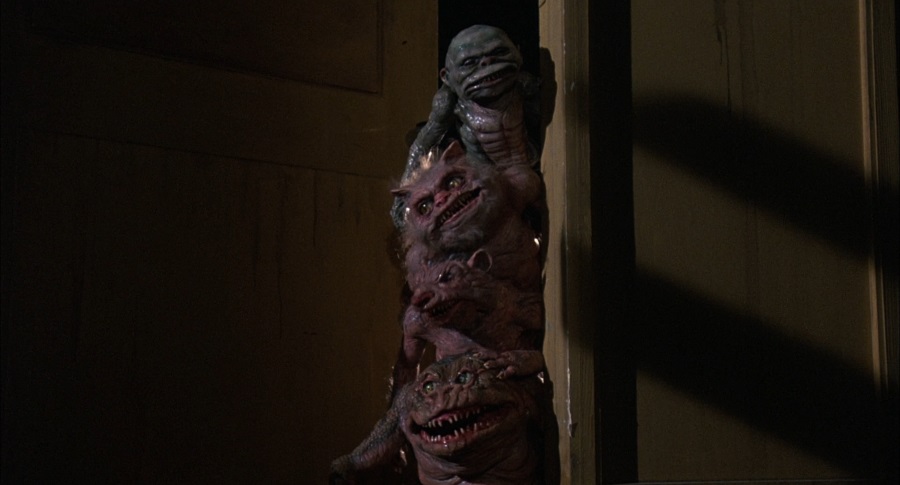 When Larry and Ned arrive at the carnival site, they are disturbed to find that the carnival’s corporate owner has sent a representative, P. Hardin (J. Downing) to check the business out – with strict orders to cull any attractions that aren’t hitting their profit margins. Afraid they will lose the Satan’s Den, Ned turns to alcohol while Larry, along with his friend and colleague Sir Nigel Pennyweight (Phil Fondacaro) tries to think of a way out of the situation.

They soon realise they need an injection of magic into the den – and, thankfully, fate has already intervened. Emerging from the shadows, the Ghoulies start to claim their new home within the den – and soon gang up to murder a hapless carnival girl after wandering in, looking for her Muffy. Something her regular flames have no problem finding, apparently.

Ned begins to see the creatures himself, but is quick to blame the booze and opening night goes ahead as planned. A steady trickle of customers file through the doors, but this soon becomes a waterfall as people emerge telling stories of creepy demon things attacking them – and it’s the most awesome thing, ever! 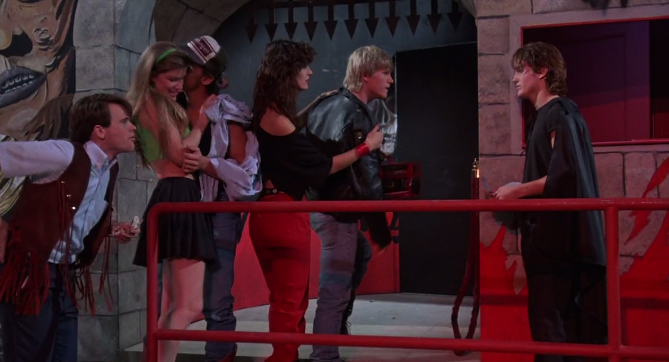 As more and more customers flood through the doors, Larry is over the moon. They are taking more cash than ever before – and they soon get the attention of Hardin, who is modestly impressed at the otherwise failing attraction. In time, however, the Ghoulies begin to pick off more and more customers – though not without enjoying a bit of celebrity fame along the way.

Eventually stories of the vicious little buggers gets back to the local police department, who arrive in time for Uncle Ned to be savagely attacked and killed after discovering the truth. With Ned gone, the ownership of the attraction falls to Hardin rather than Larry. As Larry discovers more of the truth, he partners with Sir Nigel and his crush Nicole (Kerry Remsen) to try and close the attraction – and the carnival – before the Ghoulies can claim any more lives.

But will they manage to save the day, or will their actions only lead to further chaos and bloodshed?

I’m gonna shut your ass down!

Directed by Albert Band, father of Charles Band – founder of now defunct Empire Pictures – Ghoulies II is a bit of a weird one for me. While I love puppets, horror, and comedy – I feel like the film doesn’t really know where to go with the plot. In many ways, this is also true of the first Ghoulies film. It’s like they had an idea, they had the puppets, and just sort of… put them in front of the camera.

Credit where it’s due, the comedy has been ramped up for the sequel, and I can start to see where the joy lies in the series. This is certainly the case in the final act, where – spoiler warning – the Ghoulies are allowed to be unleashed in the carnival, with predictable terror and insanity unleashed on the rides, attractions and customers. It’s just a shame that before that point, nothing really happens for the longest time.

Still, if you’re a fan of B Movies, you might get a kick out of it. Me? I’m just looking forward to sitting down and watching the next film in the series. I mean, come on, Ghoulies III: Ghoulies Go To College (1991). Now that’s one hell of a title. I’m holding out hope for a good one, folks! It might make this long journey worth it, after all!

PS. We finally got that toilet scene so blatantly missing from the first time, so hooray…! 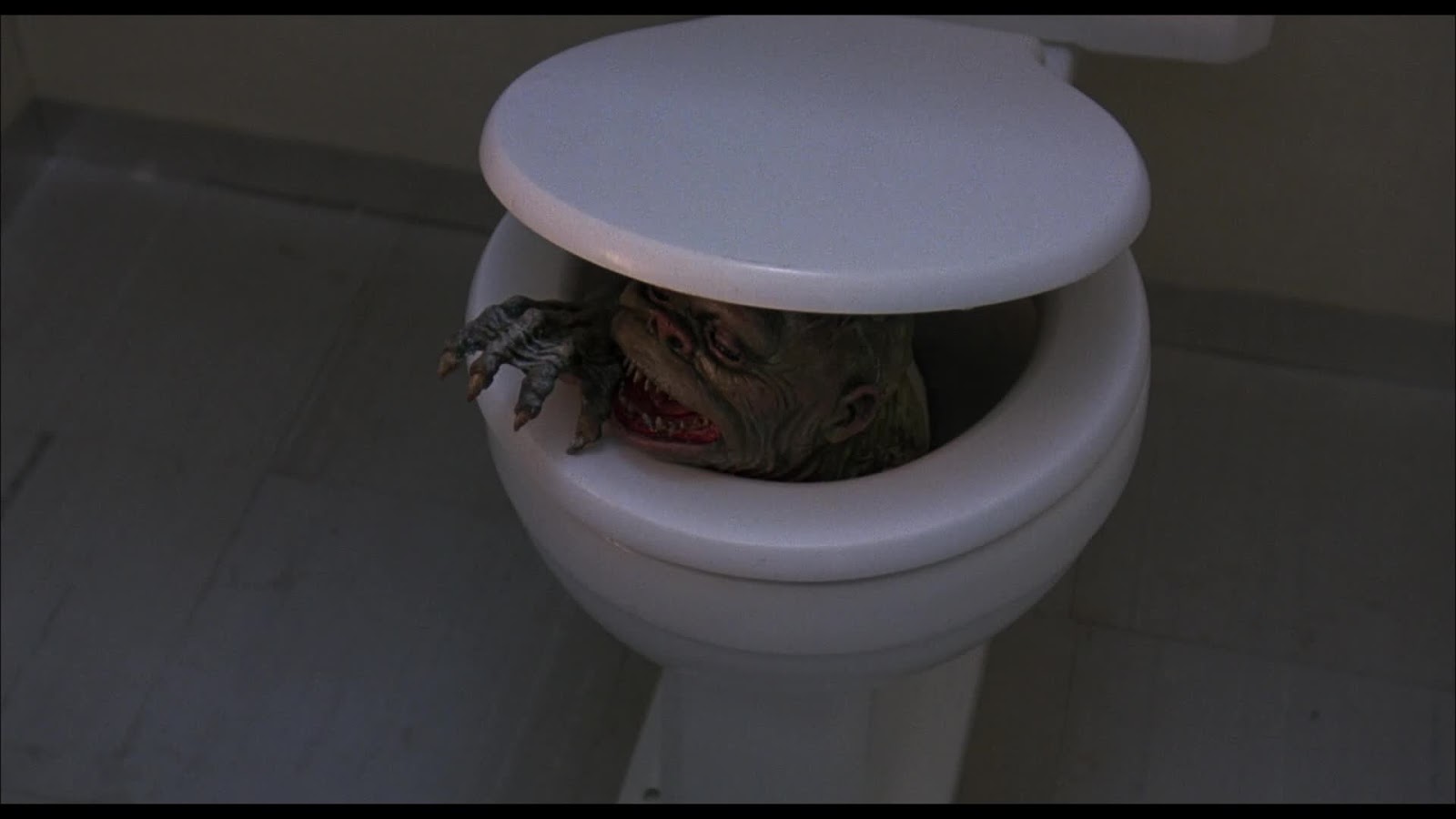