They’ll Get You In The End 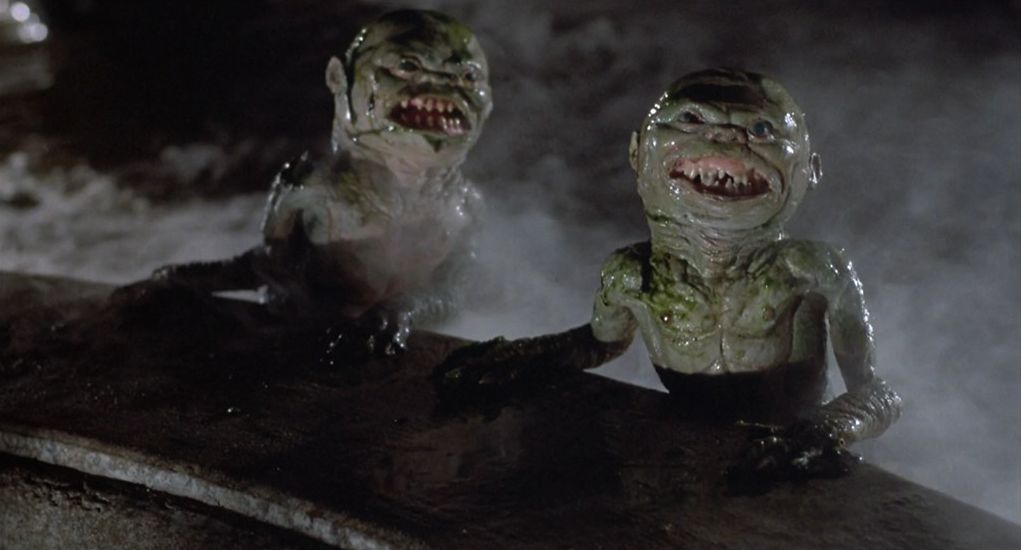 In short, Ghoulies is nowhere near as good as I remember it. It is more than likely I merged my memories of all four Ghoulies films into one fairly component, entertaining film.

Imagine my disappointment, then, when I sat down to watch the first film and gradually start to remember what this one was like.

With the death of his parents, a young man by the name of Jonathan Graves (Peter Liapis) inherits his family’s mansion and decides to move in with his girlfriend Rebecca (Lisa Pelikan). The pair of them explore the mansion and grounds, becoming increasingly unnerved by the apparent grave in the garden and vast library of books dedicated to black magic.

Jonathan even finds what appears to be a spell book while searching the mansion’s basement, alongside a set of priests robes and various other magical paraphernalia. Unusually drawn to the book, Jonathan starts reading it intently, only dragged away by Rebecca’s suggestion of holding a party that night. Distractedly, he agrees.

Joining him at the house are a number of smarmy too-old-to-be-acting-like-teenager types, who between smoking joints, flirting awkwardly, attempting to break dance and drinking heavily, decide to take Jonathan up on his offer to try out a summoning spell down in the spooky basement.

Without hesitation, Jonathan starts barking orders at his group of friends, marking a chalk circle around them and attempting a spell from his book to summon a spirit. It is obvious he is taking things perhaps a little too seriously and the friends leave, with Jonathan frustrated at his apparent failure.

Little do they know that as soon as the room is empty, a demonic rat-thing appears to form within the circle… 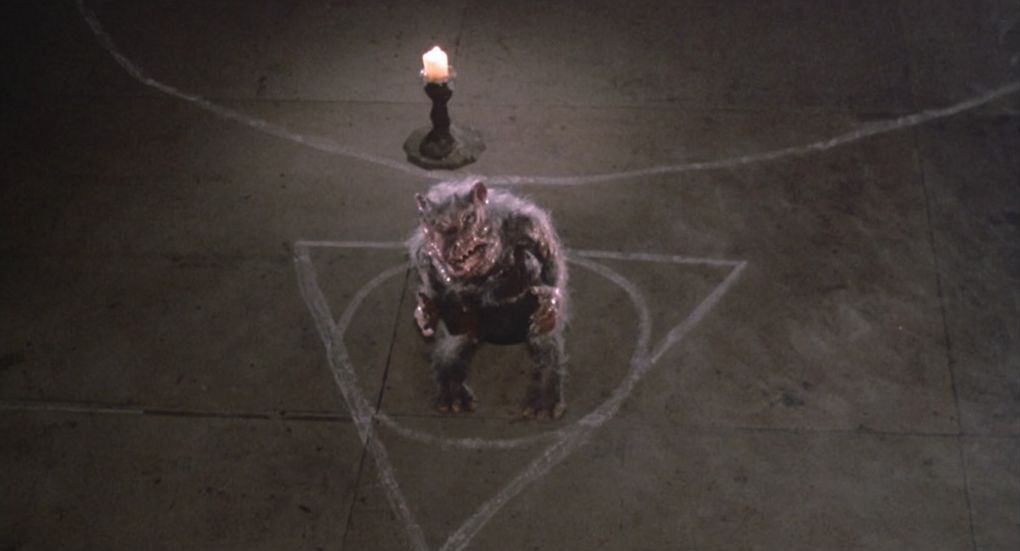 Jonathan is on the brink of obsession by this point. He tells Rebecca that he is dropping out of school in order to the fix the house up – instead dedicating his time to practicing the dark arts. His strength growing by the hour.

Despite some initial creepiness, the film is all a lot of nothing at this point. It is only when Jonathan discovers the demonic rat-thing and begins to summon more creatures to do his will that things start to take shape. The so-called ‘Ghoulies’ little more than gruesome latex puppets that sort of react to things, but not really. I’m not really sure what they do, to be honest.

The strain on Rebecca and Jonathan’s relationship begins to simmer as she discovers him practicing magic in the basement. He summons two additional height-challenged helpers – Grizzel (Peter Risch) and Greedigut (Tamara De Treaux) and they conspire to help Jonathan gain the wisdom and power he craves and also ensure that Rebecca stays with him.

It turns out that to gain Jonathan the power he wants, they will require seven witnesses to take part in the ceremony. Using his power to mind control his girlfriend, Jonathan arranges for his friends to return to the mansion. During a somewhat awkward and odd dinner party, he appears to drug his friends, magically relocating them to the basement to perform the rites necessary to do… whatever it is Jonathan is trying to do.

Whatever it is he wants to do, he doesn’t do it. Instead, the spell summons something, something that stirs in the grave outside… 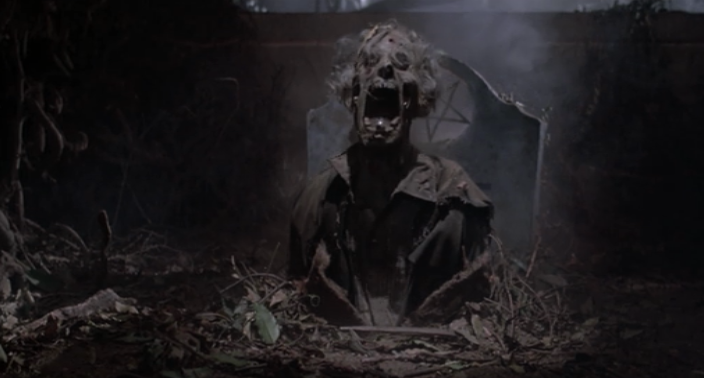 Don’t get me wrong, I love puppet horrors as much as the next guy. But Ghoulies really lacked something for me. For a supposed comedy, everything just seemed a little too serious for me. The serious stuff, meanwhile, came across as camp and cheesy – but not in a fun way.

I recall discussing this in my Sinister 2 review. If something tries too hard to be something – it just fails. A sort of uncanny valley syndrome, only for tone.

I love the puppets, I love most of the effects, I just think there wasn’t enough here to enjoy. Meh.

If nothing else, Ghoulies is a great example of how to market a lousy product. The famous image of the Ghoulie popping out of a toilet was an invention of the marketing department and it gained such a positive reaction that an additional scene was shot to include it in the film itself.

Below is the poster for the film which caused parents across the US to complain to the production company – it was terrifying children from using the toilet. Horror marketing done right, I say!

Sadly, looking at this is potentially more entertaining than the actual film… 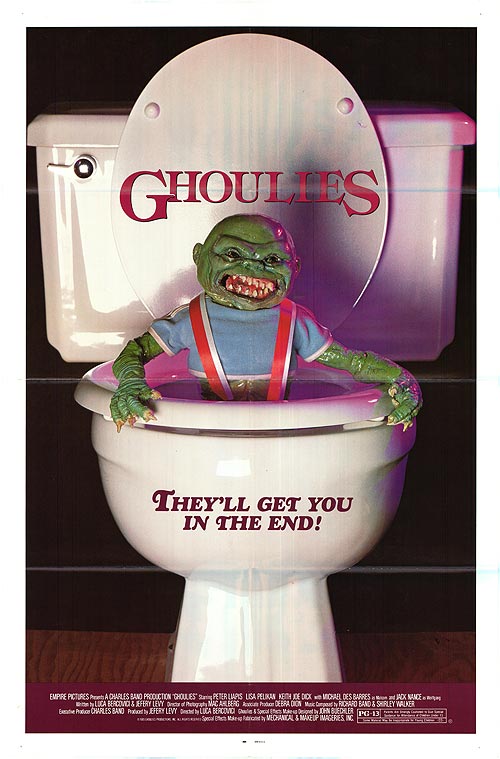