What are you gonna do… knock my block off? 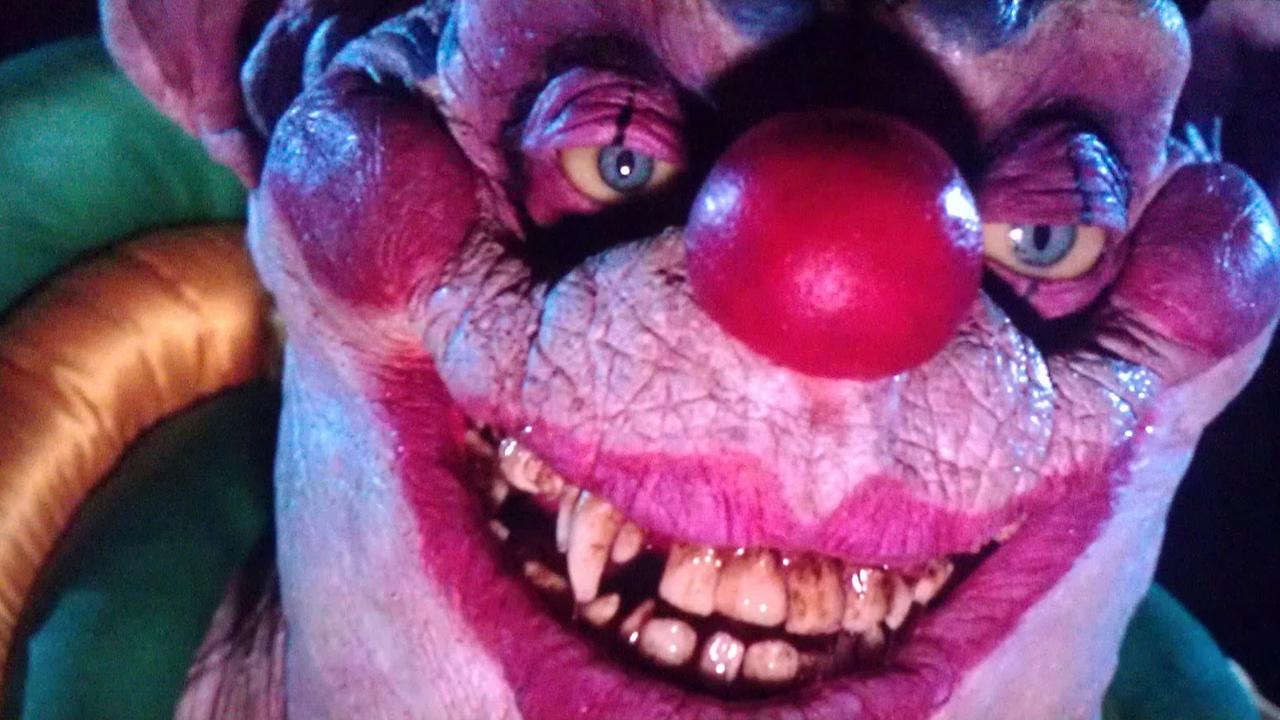 It doesn’t take much to encourage the kids to hit the streets, these days. If it isn’t some attempt at a protest or headline-grabbing event, it’s pranksters in costumes. Don’t know what I’m on about? Take a look on BBC News, Sky News or virtually any social media search functions and you’ll quickly see that ‘Killer Clowns’ aren’t far from reality.

That said, it’s not that they’ve actually killed anything, so clowns is more apt. I’ve also heard a few other words bandied about to describe them, too, but I’ll spare your eyes the offence. Incidentally, for those keeping up with the news – how awesome is this?!

The interesting thing is that this isn’t a local phenomenon, nor is it even that new. People have been dressing up as clowns and terrorising the neighbourhood for years, whether it’s for a prank or not, the image of clowns being an image of terror was popularised during the 1980s with Stephen King’s novel It and the real life rapist/serial killer John Wayne Gacy.

Sure enough, in 1988, the Chiodo Brothers released a film by the name of Killer Klowns From Outer Space. What a title!

On the outskirts of Crescent Cove, California, a bright light streaks through the night sky into the forest. An old farmer and his dog, believing it to be Hailey’s Comet, run off into the night to retrieve the fallen comet. As he follows the trail, he instead finds a brightly lit circus tent. Forgetting his quest to find his fortune, the farmer attempts to find a ticket booth – and is instead captured by what appears to be a seven-foot Klown. 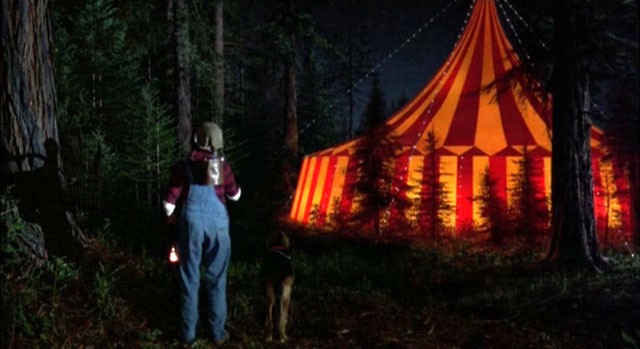 Seeing the same streak of light, Mike Tobacco (Grant Cramer) and Debbie Stone (Suzanne Snyder) leave their make-out spot to investigate. Finding their way inside the structure, the pair realise it isn’t just any circus tent. In a large chamber, they find a number of cotton candy bundles hanging from hooks. Inside one, they find the remains of the old farmer.

Understandably concerned, the pair try to run, but are seen by some horrific clown creatures, who give chase – firing at the teenagers with various silly weapons – including a popcorn launcher.

As they flee into the woods, in a scene that had me laughing out loud, one enterprising clown crafts a balloon-animal dog and sets it out to sniff them out. Genius.

Luckily they get away, heading straight to the local police station where we meet Sheriff Dave Hanson (John Allen Nelson) and the miserable bastard that is Curtis Mooney (John Vernon). They explain what they saw, and unsurprisingly, are dismissed as stupid kids. Dave, who is incidentally Debbie’s ex, vows to investigate anyway, first dropping Debbie off home before he and Mike head up to find the ‘circus tent’.

As the Klowns begin to head into town, the calls begin to flood into the local police station. Curtis angrily dismisses them as pranks, rather rapidly turning to the bottle as he complains about the state of the town these days. Meanwhile, up at the make-out spot, Mike and Dave find the place has been trashed. No one seems to still be hanging around, instead their cars seem full of cotton candy… 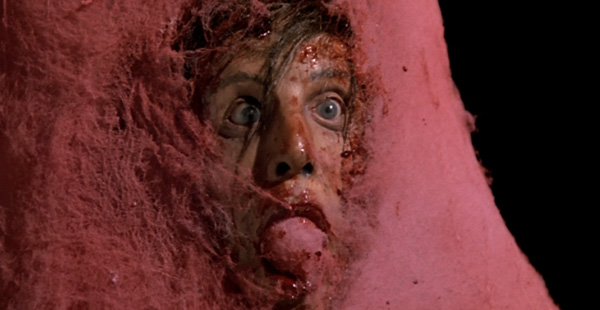 This appears to be the same sort of substance that we see the Klowns transforming the people of the town into, using some wonderful camp looking ray guns. I love that at this point, the film seems to basically be a standard 1950s B-Movie plot, with appropriately straight acting and performances. Except with Klowns – who, incidentally, look amazing. Seriously, reading up on the filmmakers and their careers, it’s no wonder they moved into puppets and model animation – these things look incredible (I suspect the whole point of this film may have been to sell their skills – but who knows!).

What follows is a whole host of ridiculous scenes and tricks performed by the Klowns to capture the people of the town. My particular favourite happens to be a sequence with shadow puppetry – which could easily have been in a Naked Gun film – although thinking about it, may have just been pinched from the Gremlins franchise. Hm.

Oh, and did I mention the popcorn that was fired over Debbie and Mike also happens to be alive? No? Well, then you’re in for a treat.

This film is fantastic. If you love puppets, silly 80s horror films and some genuinely remarkable practical effects, this is a must watch. Breaking the mould slightly, the performances in this are actually surprisingly great – much better than I would have expected from the title.

I mentioned that the Chiodo Brothers made this film and I bet you’re just gagging for more of their work. Hm? What’s that? Oh, you’re not?

For those who aren’t rude bastards, check this out for just a fraction of their incredible work:

Previous Post: Ghoulies (1984)
Next Post: The Exorcist (TV Series S1E1: Chapter One: And Let My Cry Come Unto Thee)