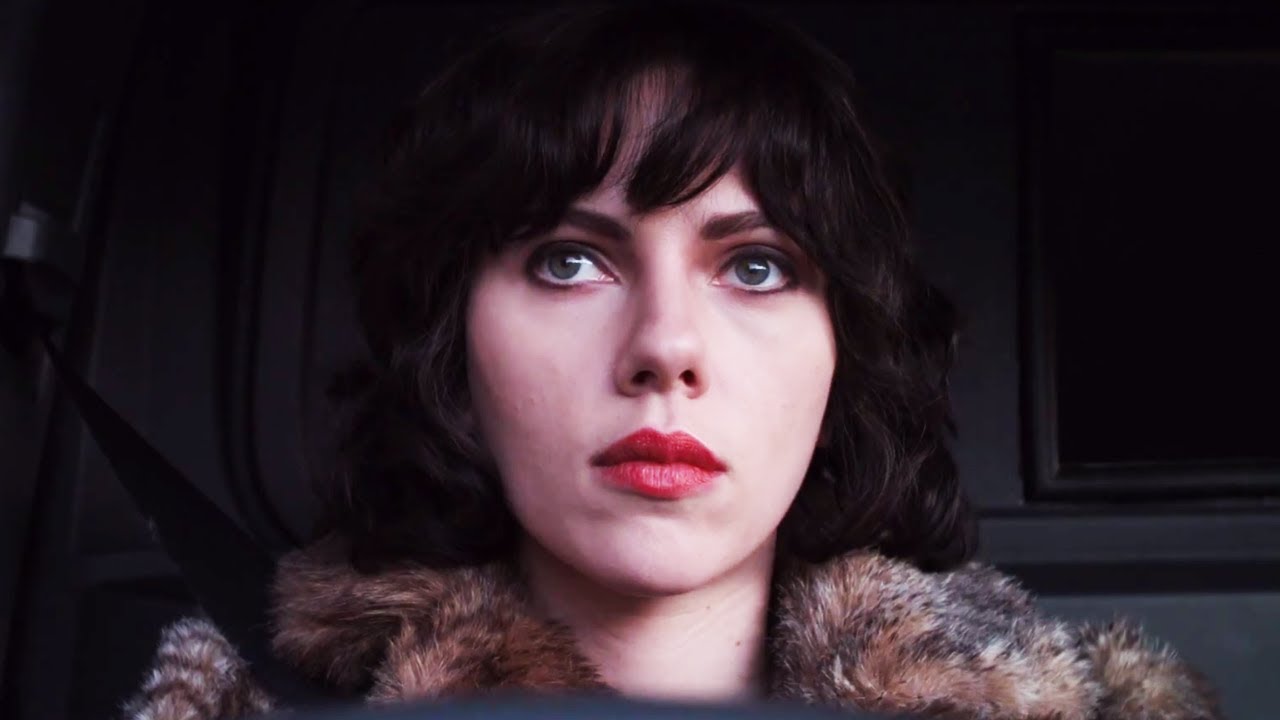 For most people, Halloween doesn’t really mean much. For many in the UK, at least, Halloween as we know it (trick or treat, pumpkin carving, etc.) is an American import with about as much substance as squirty cheese.

Today I watched Jonathan Glazer’s Under The Skin (2013), a beautifully made (albeit loose) adaptation of a Michel Faber novel by the same name. In other words, welcome to (D). 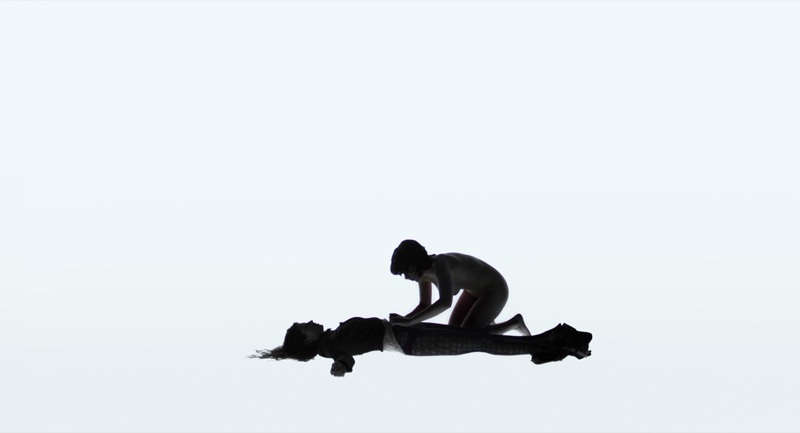 The Female then sets out with the van, watching the men of Glasgow. Identifying men walking alone and without company, she winds down the window and starts to chat with them. She addresses them calmly, almost flirtatiously, before attempting to offer them a lift. But only after determining where it is they are going and who might miss them if they didn’t turn up.

Very quickly it becomes obvious that her intentions are less than innocent. As the film gradually reveals to us, the Female is luring these men into a dilapidated house somewhere on the outskirts of the city. She seduces them inside as she strips down, guiding her victims into a black void. The man follows, unable to resist, as they walk further, their feet sinking into the black, tar-like substance. It doesn’t take long before they are gone, with the Female walking out to find her next victim.

It’s worth pointing out here that the disturbing calmness of these scenes, mixed with the devastating twisted soundtrack by Mica Levi, really stick with you. They certainly haunted me for weeks the first time I saw this film. In particular, the sequence beneath the black liquid’s surface and harrowing scenes on the beach.

Things begin to change when the Female meets a disfigured man (played by real life neurofibromatosis sufferer Adam Pearson) and appears to show pity for his lonely life. Before our eyes, her outlook appears to change and we witness her struggle with her identity and false humanity. Her path takes her on the run from the Male and intro a new world of vulnerability and isolation.

Then things start to get really bad.

It’s quite hard to describe the events of this film without giving too much away. It is mostly without dialogue, except the long sequences of unscripted conversation between the Female and the random men she finds on the streets – and they are random, too.

I had my suspicions, but it wasn’t until I read the cast list and saw a long list of characters played by ‘Himself’ that I realised that the men seduced by the Female were in fact real men, who just so happened to get picked up by Scarlett Johansson in a white van and recorded via hidden camera.

The implication here seems to be obvious. While women are encouraged never to be alone at night and not to enter vehicles with strangers, the same can’t be said for men. A beautiful woman appears, asking you whether you are alone or live with family – and the next thing you know, you’re in the van and on your way to oblivion. 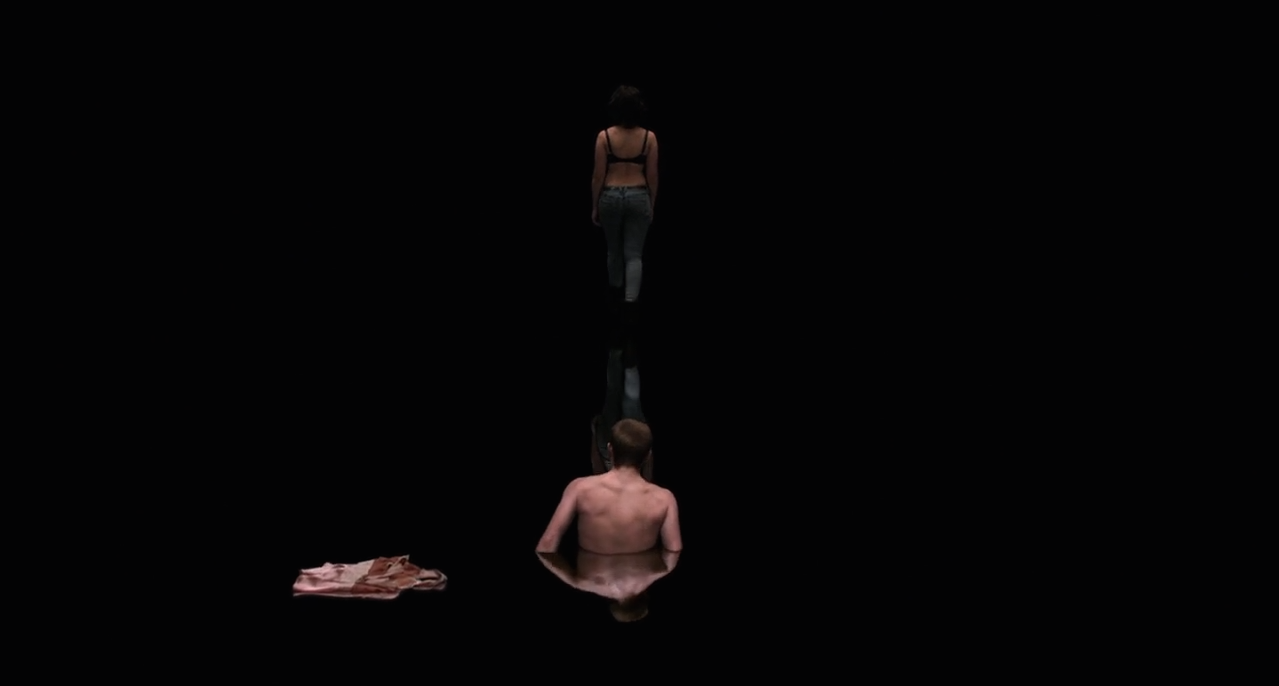 Between this and the obscure sequences in the black-tar room, a lot of viewers and critics have speculated over the deeper meanings and symbolism of the film. Rape, feminism, sexism, lonely interpretations of sex, you name it and it’s probably been offered as an explanation.

Jonathan Glazer himself has said that he wanted to make a film “more about a human experience than a gender experience,” and I can certainly see where he was coming from.

For me, Under The Skin is a film about identity and humanity. Not just of the protagonist, but of the victims. A shared moment of empathy is enough to cause a lump in the throat. The Female, meanwhile, looks in at human society from the outside, with all its pain and fear and anger, and does her best to fit in. Sometimes, though, that isn’t enough.

There’s so much more I want to talk about, but if you haven’t seen it, I’ll only spoil things. Go away and watch it. Watch it on your own, in the dark, with your mobile phone not only switched off – but in another room.

You’ll thank me later. Just as soon as the nightmares end.

Jonathan Glazer has been around a while. His artistic style has earned him quite the reputation in music videos and advertising. Notable examples include Virtual Insanity by Jamiroquai and Street Spirit by Radiohead.

But one of the best loved examples of his work? It has to be this classic from Levi’s Engineering Jeans: