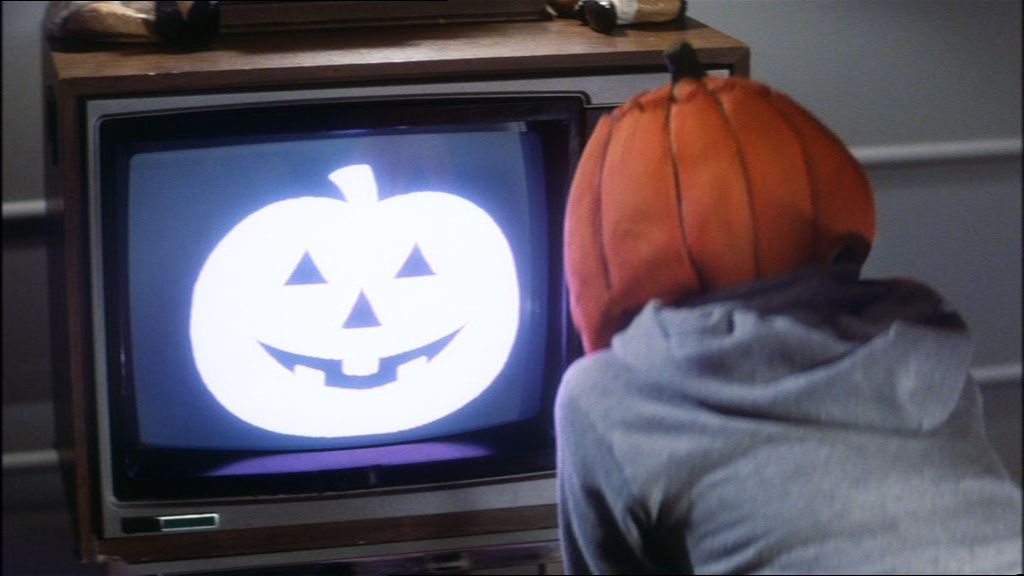 While I didn’t plan on watching sequels or film series of films I had already written about, sometimes you just have to make an exception.

After the overnight success of Halloween (1979), the original investors quickly picked up on the idea of a sequel. Three years later, Halloween II (1981) was released, picking up moments after the original Halloween was over. Written, directed and produced by John Carpenter and Debra Hill, the sequel was met with some success.

Naturally, an offer was put in for the pair to create a third entry in the franchise, but they were reluctant. Rather than continuing the story of Michael Myers, they pushed for a new direction for the series. The decision was to create an anthology series, with each film focussing on a different story to take place over the holiday.

Halloween III (1982) was what followed. Written by Nigel Kneale, famous for the incredible Quatermass series, the script played on psychological evil over ‘horror for horror’s sake’. The script was rejected and revised over several drafts in order to show more graphic violence and gore until, finally, director Tommy Wallace was able to start shooting.

The film opens on October 23rd, a man, Harry Grimbridge (Al Berry), is pursued in the dark streets by a number of suited men. Clutching a Silver Shamrock pumpkin mask in his hand, he gets away long enough to reach a gas station before collapsing. Driven to the local hospital, he is discovered by one of the sinister businessmen, who murders him in his bed before burning himself alive in the car park outside.

The deceased man, it turns out, runs a Halloween-themed shop in town. When Dr Challis and Ellie visit the shop, they find a reference to the small town factory that produces the Silver Shamrock masks – like the one Harry was holding when he was brought into the hospital – and decide to head over to investigate.

Meanwhile, Silver Shamrock promise a wonderful giveaway following the so called ‘Halloween Horrorthon’ (including a familiar looking film by a certain John Carpenter). The tune from this advert will forever be burned into your brain. Trust me.

As Ellie and Dr Challis arrive in Santa Mira, the site of Silver Shamrock it becomes very clear they are being watched closely. They check in at a local motel where they meet the comically repugnant Kupfer family and shop owner Marge Guttman (Garn Stephens).

While examining some of her merchandise, Marge discovers a microchip in one of the Silver Shamrock badges and promptly electrocutes herself. It doesn’t take long before white coated corporate tips arrive to withdraw her body. They shrug off Dr Challis’ offer to lend his expertise and ship her body off to the factory. The enigmatic Mr Conal Cochran (Dan O’Herlihy), the owner of Silver Shamrock, soon arrives to investigate – leaving Dr Challis and Ellie even more desperate to get inside the factory.

The next morning, thanks to the overwhelming friendliness of Buddy Kupfer (Ralph Strait), the pair manage to get their wish – joining the Kupfer’s on a tour of the Silver Shamrock factory. While there, Dr Challis recognises some of the suited men as the one he saw in the hospital and Ellie seems to recognise her father’s car in one of the warehouses.

It isn’t long before Silver Shamrock bite back, kidnapping Ellie from their motel. Dr Challis pursues them, breaking into the factory after dark. Here he discovers the truth behind the sinister suited figures and uncovers Mr Cochran’s plan to begin a new era of witchcraft and magic through the sacrifice of the nation’s children using a combination of high technology and, uh, bits of Stonehenge. Nope, I’ve no idea either.

All you need to remember is – don’t sit too closely to the television on Halloween night.

What a wonderfully ridiculous premise. There is absolutely nothing to fault on a technical level for this film, the slow reveal of the film’s premise stands up against many of the contemporary thrillers – and probably holds up well against modern ones too. For any fans of Tales From The Crypt and the like, the tone and storytelling will be very familiar to you.

That said, the soundtrack by John Carpenter and Alan Howarth definitely manages to keep up with the earlier entries in the Halloween franchise. When the suited men appear, you can almost hear the synthesised tones of the Christine (1983) soundtrack – one of my favourites – coming to life. Fitting, really.

Overall, then, I think this is an excellent choice for anybody hoping to watch something suitably spooky for Halloween. The perfect blend of creepy and mysterious. And, may I say, what a gloriously dark ending.

There can only be one choice for this section.

Have a happy, happy Halloween everybody.