A house with a death in it can never again be bought or sold by the living. 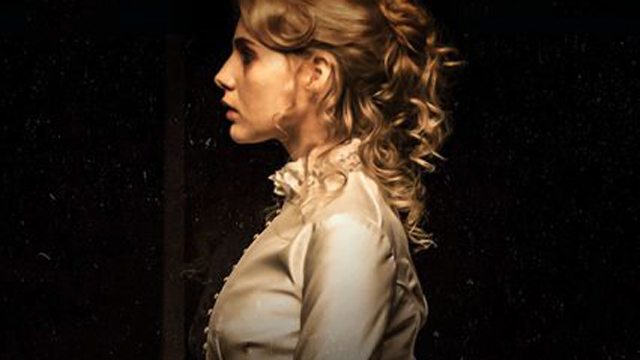 I don’t think I’m being overly cynical when I say that, for most of us, trust is something that generally needs to be earned. Sure, you’ll probably trust most of your friends to watch your drink, others you may stretch to look after a pet or a hat. This is certainly true for me, and for the longest time I also happily trusted my friends’ opinions on television, film or video games.

For one such friend, this trust has been repeatedly proven to be misplaced. It started with Sunset Overdrive, a game that I was promised would be fun to play, yet within an hour, made me have the overwhelming urge to insert the game within certain parts of my good friends’ body. Not for pleasure, you understand, but to punish both him and the game. Pity it was a download, really.

Shortly after, this friend also recommended a film he saw on Netflix. Knowing of my love for horror, he felt I would get a kick out of I Am The Pretty Thing That Lives In The House (2016). Well, @Nickipedia89, if that is your real name (it isn’t), I would like to say that I gave it a second chance for tonight’s selection. I would like to say that, but it somehow felt even more worthless this time round and decided to drink away my misery instead.

Okay. Written and directed by Oz Perkins, I Am The Pretty Thing That Lives In The House establishes itself as a moody horror film in its earliest scenes. Cast in darkness, we hear the soft tones of Lily Saylor (Ruth Wilson) explain how the presence of ghosts linger in the houses they lived in, watching the living through frosted glass. She goes on to say that she has been hired as a live-in nurse for a retired horror author, Iris Blum (Paula Prentiss) and that she has just turned 28. She will not turn 29.

It’s this pretentious bollocks that sets the tone for the entire film. Five minutes of unnatural sounding voiceover go by before we are introduced to the main character in the flesh. After some initial awkwardness, Lily begins to settle into her position in the house. On her first night, an emotional telephone call over the world’s longest telephone cord appears to anger an unseen force, snapping the telephone away from Lily and sending it flying.

This sets in motion a series of strange events that are, to the film’s credit, an interesting escalation. For example, Lily finds a patch of black mould that seems to grow over time, while noticing she is correcting the same carpet each day, despite being the only one who goes downstairs. These events only seem to increase in strength, the more Lily reads of Iris’ work. 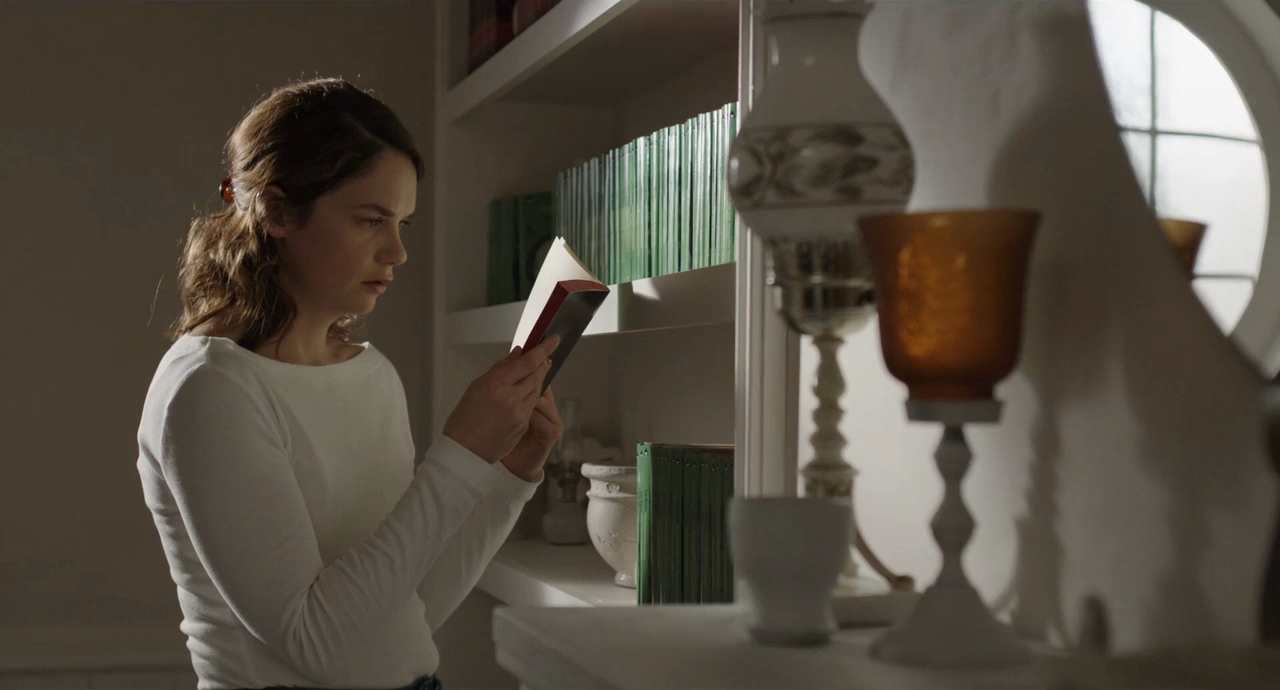 In time, we begin to see flashbacks to Iris Blum during her life as a working author, prior to her suffering from dementia. We see that, like Lily, she understood that there was a presence in the house – who she knew as ‘Polly’. Which, incidentally, happens to be the name in her most popular novel, ‘The Lady In The Walls.’ As Lily begins to uncover more and more history of the house, it becomes increasingly clear that the house still belongs to another – but once you enter, you may not be able to leave.

I’m sticking to my vow to not spoil a film, so, for the first time in this month’s 31 Days Of Horror, I’m going to have to cut things short. Why? Because there is literally nothing more I can add for the story. Beyond a creepy setting, a strikingly worried lead actress and a sort-of concept, the film just doesn’t go anywhere.

There is no sense of growing dread, little character development and only a vague mystery to actually make characters do anything. It is a film where nothing happens, no one learns anything and, the worst sin of all, utterly fails to leave a lasting impression. At the very least, I would hope to walk away from a ghost story wanting to check the shadows behind me for movement.

It does look very pretty, and it is about a house, so the least I can say is that the title wasn’t lying to me, and I would say it is worth watching if you have an interest in cinematography and movement – but otherwise, this is one you can afford to miss out on.