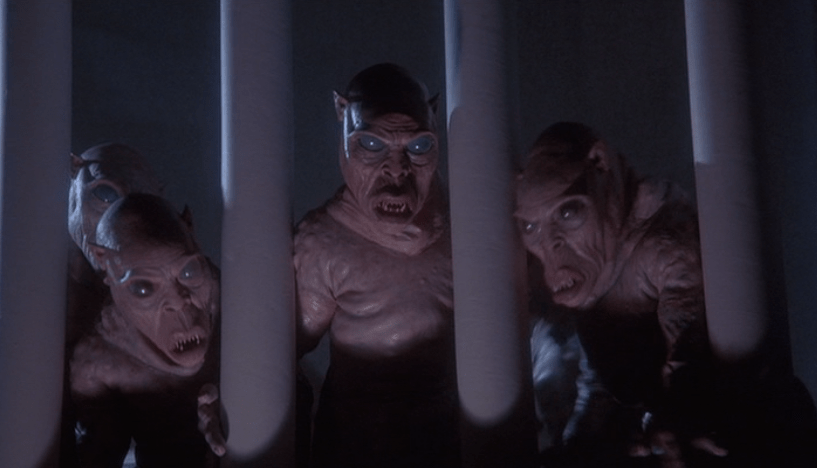 The eighties were weird. Perhaps it was something to do with the imminent end of the Cold War, or perhaps it was something to do with the explosive combination of cocaine, deeply radioactive breakfast porridge and hair spray. Whatever it was, love it or hate it, the 1980s was the decade that comes up again and again when discussing cinema, music or fashion. This may partly be due to the age of those who have been appointed commander-in-chief of modern culture, but equally, I think the Spielbergs of this world helped inspire a generation of creatives, and didn’t hesitate to shove them into the spotlight.

This would help explain why it is still possible to uncover a hidden gem, lodged deep in the cult hivemind, that sums up everything you love about an era or a genre.

Case in point: The Gate (1987). Now, I didn’t exactly come to it blind, I had heard it discussed here and there, but this is a film that apparently never reached me. Indeed, when I decided I would like to watch it, I had to go to the disgustingly antiquated route of paying for a stream of it. It took me a couple of days to shift the taste of disgust from my thoroughly millennial tongue, but I finally got round to watching The Gate – and, hoo boy, what a film.

Directed by Tibor Takács and written by the surprisingly prolific Michael Nankin, The Gate opens in anywhere, America. Where twelve year old Glen (Stephen Dorff) wakes up to find the tree in his backyard being unceremoniously torn down by a bunch of workmen. Going in for a closer look, Glen notices a Geode (a volcanic rock, often full of crystals) fall from the roots of the tree. Impressed, Glen fetches his friend Terry (Louis Tripp) to take a closer look. Terry is certain that if they find any larger Geodes, they will be worth a lot of money. Naturally, they dig deeper, eventually unearthing a deep tunnel that seems to go further into the ground.

Meanwhile, Glen’s parents decide now would be a good time to take off for a few days, leaving Glen’s seemingly bitchy teenage sister, Al (Christa Denton) in charge. As Al is a sixteen year old girl in the eighties, her first thought is to throw a party. I should say here, that this party sequence is so eighties, it feels like it belongs in some sort of Black Mirror-esque pastiche, rather than a bonafide film of the era. Check it out here and tell me how wrong I am, I dare you:

While the party is in full swing, Glen and Terry set to work trying to crack open a large Geode they managed to dig up earlier that day. When they finally manage to split it in two, a plume of purple smoke billows free, with an eerie glowing light emanating from the crystals. From here, things start to quickly unravel. First, a group of words and symbols erroneously form on a nearby etch-a-sketch (…what? I had one on my desk for years. It’s not weird), which the boys naturally proceed to reach aloud without hesitation, despite the prophetic whines of the wise, aged dog in the corner of the room. 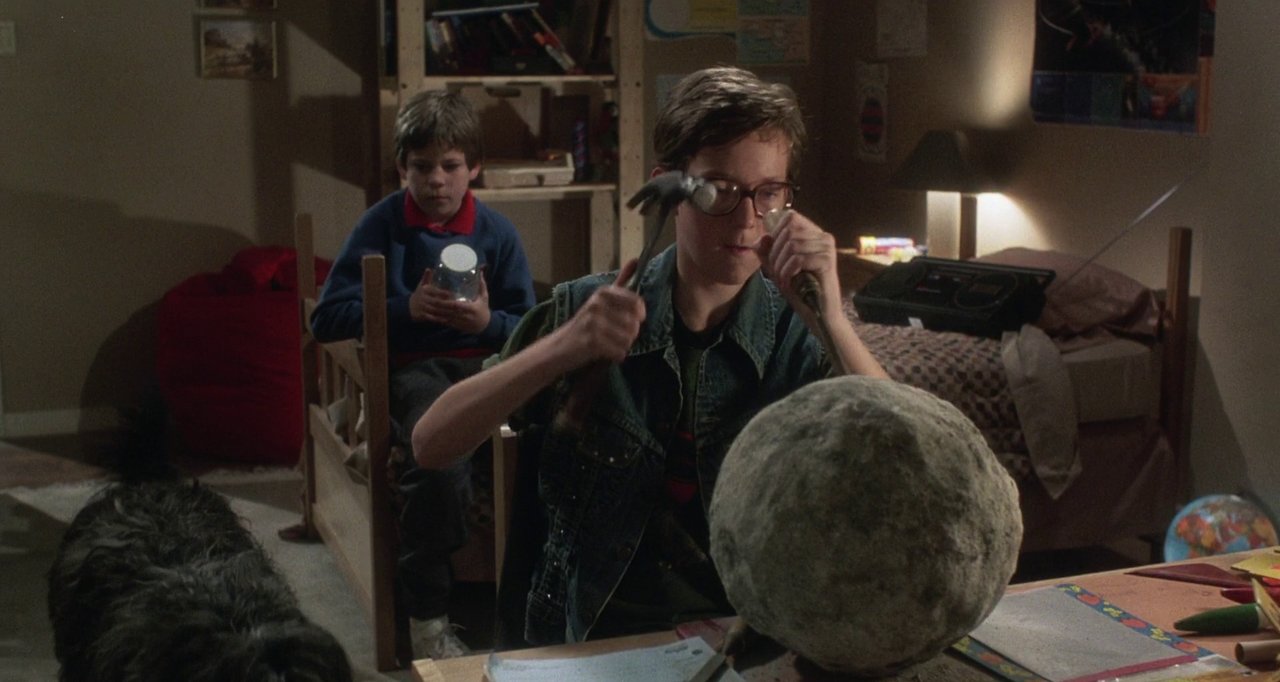 I’m obviously not going to spoil things for you, but it doesn’t take long before the hole in the garden reveals itself to be far more than a simple hole. From under the ground, a horde of small critters begins to invade the home – their aim? To acquire enough human sacrifices for their Lord and Master to once again return to the Earth, to rule over it for eternity. Trust me, Terry’s heavy metal music album told me.

Now, what makes The Gate interesting is the way it portrays its characters. I realise the cast are young and fairly new at this whole acting lark, but their delivery is awkward to the point of realism. The dialogue isn’t streamlined and there are certain scenes where I haven’t the faintest clue what the director wanted from the actors – but it somehow works. Reading between the lines, there is certainly a story here about Al reaching maturity, while Glen feels left behind and misses the sister he used to have. Then you have Terry, who, as Glen’s Dad puts it, seems to be a confused young boy after his mother’s death. The short glimpse of Terry’s home shows this dynamic extremely well, so full credit there.

The special effects, too, are incredible. A combination of forced perspective, stop motion animation and good, old fashioned puppetry go a long way to making much of the action feel extremely real. Likewise, some of the larger set pieces really caught my eye – and should anyone who has even the most remote appreciation of special effects, prior to the cheating computer era. 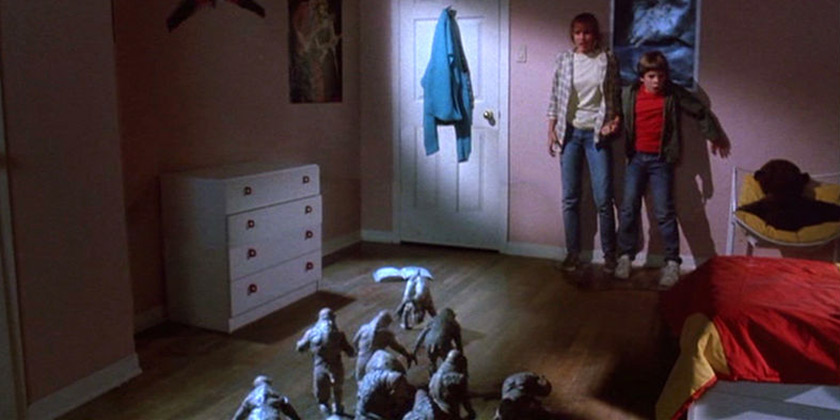 If there was anything that made me turn my nose up, it was the treatment of Magnus, the poor dog at the core of the movie. If you’ve seen the film, I think you know exactly what I mean. I actually feel like I said the words to myself as I watched, “Jesus. Stop it. Stop showing me it. What the hell is wrong with you, and why does no one else care?!”

Overall, I think it’s safe to say I genuinely loved The Gate. I realise I’m watching it far too late, but I can appreciate for what it is – the best damn episode of Goosebumps you’ll ever watch. Eh, that doesn’t do it justice, but it helps to paint a picture of what to expect. It isn’t the scariest, it certainly isn’t the goriest film out there, but nor is it a child friendly adventure film. It is of its era, a dark fantasy-horror film that caters to an audience of fresh faced new horror fans. It is quite literally a gateway film to an entire genre – and I’m definitely putting it on the list to show certain potential horror fans in my family.

PS. Also, what the hell was going on with those toy rockets? Yeah, really, really distracting.