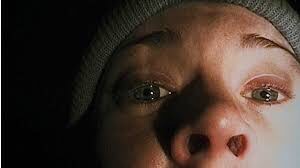 I would’ve been nine or ten when the Blair Witch Project (1999) was released in the UK. So it’s possible I may have been made aware of this by my brother or sister, or maybe even by reputation in the school playground, but I’m pretty certain I remember the first time I was fully exposed to this legendary cult film.

There’s a photograph somewhere in my family’s photo albums of me as a young boy – bright eyed, fat cheeked, wild blonde hair – sat, alone, on a small wooden stool in front of my grandparents’ television. I could be watching anything, though there was a good chance it would have been something child friendly.

Then again, sometimes there might be an advert for something truly chilling. I don’t remember if it was the film I saw advertised, or the documentary about the fictional legend central to the film’s plot, but I remember being convinced it was true. Three young Americans in a Maryland forest, missing – presumed dead. The only clue to their whereabouts, a film reel recovered from the woods recording the days prior to their disappearance.

It’s hard to describe how massive this film seemed to be at the time. Through viral advertising and word of mouth, everyone seemed to have an opinion on the film – and how true the events depicted may have been.

If you haven’t seen this film, I recommend you do so. While I will – as per normal – lay out the plot for you, it really is hard to describe the atmosphere of the production. It’s about as real as a film can be. The actors were genuinely out in the woods, albeit supervised by the director, but the frustrations – even the fear – in the actor’s performances is about as real as it comes (albeit in character).

When a group of film students – Heather Donahue, Michael C. Williams and Josh Leonard (each playing a version of themselves) – arrive in the small town of Burkittsville (formerly Blair), Maryland, to investigate the local legend of the Blair Witch, no one is all that bothered.

No one, except for Heather. Excited and focussed to the point of psychopathy, there is nothing Heather wants more than to create a great documentary. Mike and Josh on the other hand, they seem to just be along for the ride. During interviews with the local town folk, the story of the Blair Witch gradually became clear to the students – and to the audience.

The story goes that during the 1940s, a man named Rustin Parr, was arrested after the murder and abduction of several children from the town of Blair. His MO would be to lure children down into his basement in pairs, have one face the corner of the room while he murdered the other – he couldn’t stand the eyes watching him as he committed the act.

During interrogation, he claimed that the spirit of Elly Kedward, a woman executed for witchcraft during the 18th century, forced him to commit the brutal murders. The so called ‘Blair Witch’.

Having gathered enough material, the students head out into the woods to start their own investigation. On the way, they encounter a pair of well informed fishermen who warn them about entering the forest – recounting the story of a missing girl who saw “an old woman whose feet never touched the ground.”

Having not listened to the warning of the fishermen, the students continue on to ‘Coffin Rock’ – a site on the riverbank where several men were killed and had their bodies ritualistically displayed before their bodies supposedly disappeared. It’s about here that Mike and Josh begin to be tested by Heather’s enthusiasm and inexperience.

This comes to a head the following day, as Mike starts to voice his doubt that Heather knows what she’s doing, or even where she’s going. This doubt only seems to get worse as the group start to wonder about the sounds outside their tent at night. When they are unable to find their way back to the day the following day, the group really begins to falls apart. 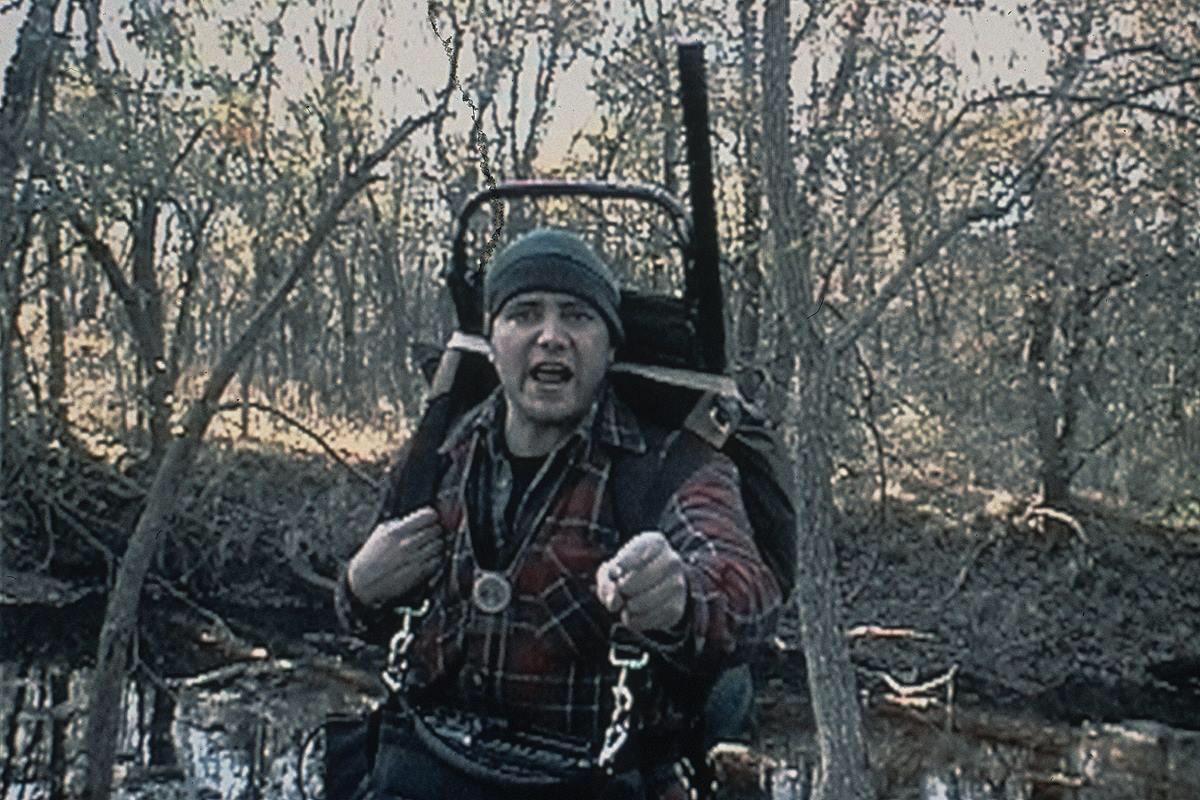 If you’re one of those people who can’t stand to watch arguments and physical confrontations, this is going to be a tough watch. Even before the spooky stuff really starts to kick in, the group are at each other’s throats. This is partially due to Heather’s insistence to film everything. Interestingly, as this is one of the earliest examples of a ‘found footage’ film, people still get annoyed at this – while in modern films of this type no one seems to bat an eyelid.

Anyway, on the fourth day, things really start to turn weird. Having heard strange noises in the woods during the night, the group wake up to find three cairns built of loose stone outside their tent. There is now no denying that someone, or something is with them in these woods. 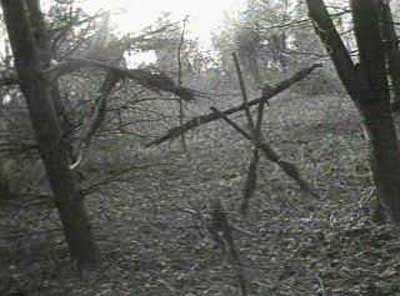 It’s hard to discuss The Blair Witch Project without also mentioning the marketing that went with it. Don’t get me wrong, this film still stands out as chilling, dark and – most importantly – very real, but it is even more terrifying to think that people believed what they were seeing was genuine found footage. It’s almost a shame knowing the truth, when being confronted with this apparent piece of evidence to the paranormal just sounds so much cooler.

Did you get see Steven Oedekerk’s ‘Thumb’ series? No?