Have you ever been to an outdoor cinema screening? I haven’t. I mean, I’ve tried. Just last weekend, having been lured outside of the house with the promise of a free ticket, I gave it a go. I mean, why wouldn’t you? A chance to watch a film on the big screen in the open countryside, with only the local birds and breeze to distract you. If you’re lucky, there may just be a stand set up selling overpriced cured meat platters or local extortionate wine, fresh from the vineyard you find yourself standing in.

But then, of course, you come hurtling back to Earth when you remember you live in England. Having stomped our way through muddy puddles, donned a set of highly fashionable plastic ponchos, then found ourselves tucked into the corner of a canvas tent we decided enough was enough. It’s time to call it a day.

The benefit of this is we ended up going to watch a film where it should be watched – in a room in the dark, with central heating and comfortable chairs. What’s more, we found ourselves watching a film that was on my radar, and yet I wasn’t sure if I would find the time to watch it. That film was the Austin Fantastic Fest Best Picture award winner – Colossal (2016).

You’d be forgiven for not having heard of Colossal – while it has done the film festival rounds, I can’t say I’ve seen any advertising for it at all. If it wasn’t for Twitter, I doubt it would have even reached me but sure enough – there it was. On the (modestly) big screen in Cineworld for all the world to see.

For the uninitiated, Colossal is the latest film from Spanish writer/director Nacho Vigalondo. 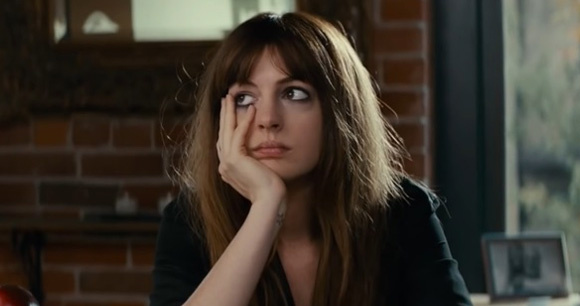 The film follows the life of Gloria (Anne Hathaway), an unemployed writer in New York City who likes a drink every now and then, as in now. Right now. Her dependancy on alcoholism and selfish attitude prompts her boyfriend Tim (Dan Stevens) to kick her out of the flat until she can sort herself out.

Reeling from this wildly irresponsible action, Gloria heads back to her hometown somewhere in Middle America. After spending the night in her parent’s empty house, she runs into a friend from her childhood, Oscar (Jason Sudeikis), who takes her back to his bar to hang out and catch up. In no time at all, the two are hitting it off like no time has passed and Oscar goes so far as to offer her a part time role at the bar.

Meanwhile, the city of Seoul, South Korea, is hitting the news in a big way. Out of nowhere, a giant Godzilla-like creature has appeared at 8:05 every morning, walking blindly through the city leaving death, destruction and a whole host of insurance payments in its wake.

For Gloria, it doesn’t take long to sink into a routine, and she soon finds herself drinking with Oscar and his two friends Garth (Tim Nelson) and Joel (Austin Stowell) long into the night, before staggering home in a bewildered shuffle and collapsing on the floor. Waking up to more news of destruction in Seoul, Gloria begins to recognise some of the mannerisms of the creature. In fact, it even seems to be mimicking her own movements, at a time in the morning when she is staggering back from the bar…

As Gloria begins to fully understand her role in Seoul’s destruction, she begins to see parallels to her own problems in those around her. When she begins to form a relationship with Joel, Oscar’s jealously begins to peak, revealing more of his own underlying issues than perhaps anyone would have suspected. 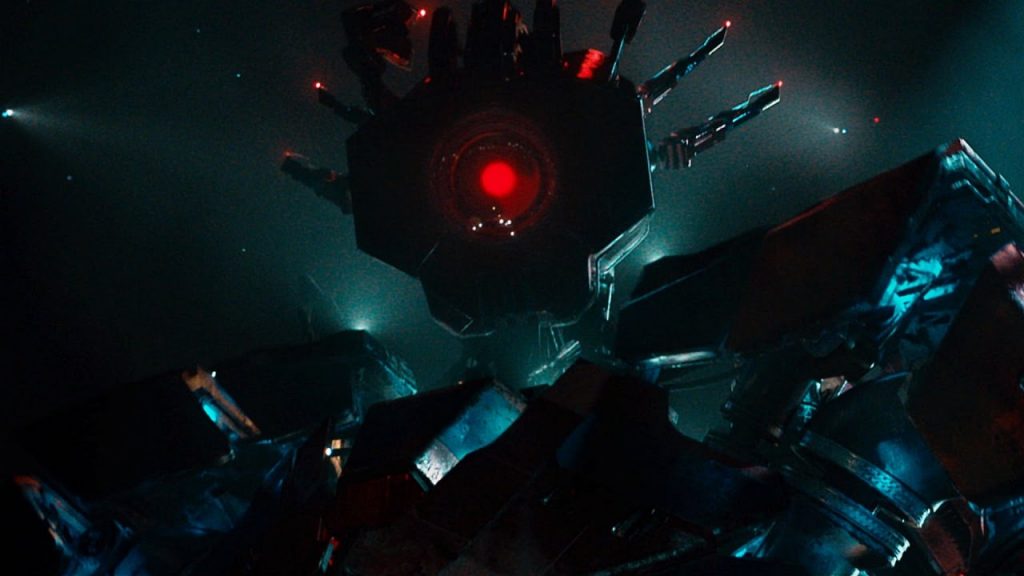 I won’t delve too much further into the story of Colossal, simply for the fact that it is best watched with little to no knowledge of the plot and its characters. Because, frankly, you should definitely watch this film. It may seem a little offbeat, but the story told is a really powerful one. While it isn’t the funniest film going, it is certainly an enjoyable watch. Particularly the prolonged and faintly realistic ‘fight’ scenes toward the end of the second act.

Throw in some truly spectacular special effects and the film simply bleeds passion for the subject matter. While it isn’t really the core of the narrative, the monster sequences are great to watch. Much more so when a certain supporting character begins to have his own inner demon manifesting as a giant form over in Seoul.

Also worth pointing out are the performances. Anne Hathaway and Jason Sudeikis, in particular, really sell this film. Their ongoing relationship sparks some genuine reaction from the audience and, despite her flaws, Gloria comes across as someone you really want to care about. Oscar, meanwhile, well, I don’t want to spoil it.

Another quick note – Bear McCreary’s soundtrack is every bit as perfect as you should expect from him. Really, one of the best composers out there. I just wish he did a bit more every now and then!

Go and watch the film. You don’t have much time!