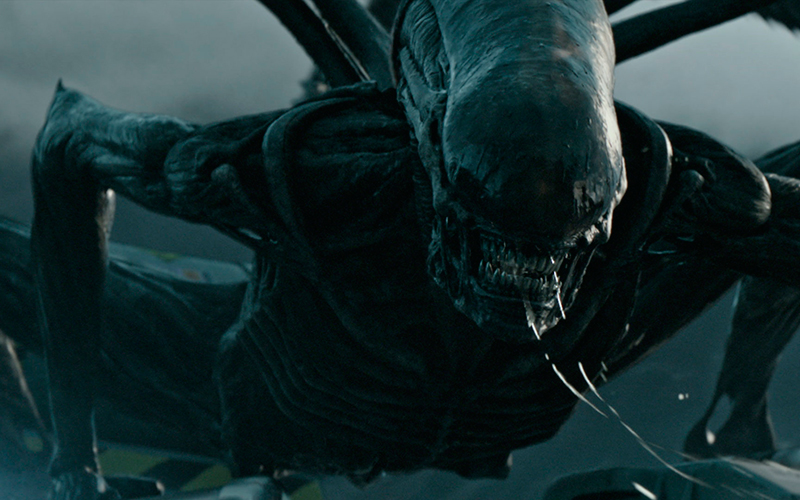 It’s hard to describe exactly how important the Alien franchise is to me. I don’t mean this in a particularly sentimental way, but as I explained in my Alien (1979) review back in October, it changed me. Staying up late one night to watch Alien on my old black and white television (equipped with coat hanger aerial, no less), I found myself drawn to the screen in a way I had yet to experience before.

Everything was just so real. From physical sets, to character dialogue, I genuinely felt like I was watching something totally unique. Something world shattering. To my mind, I was watching the most terrifying film that could possibly exist, and I felt every second of Ripley’s terror and anger at the insect-like predator that was hunting her.

Since then, I’ve forced a number of housemates, girlfriends and clueless mates to sit and experience the same journey as me and – you know what – nine times out of ten it works in just the same way. If I had to rate my favourite films of all time, I can guarantee that Alien would be up there.

I know for a fact I’m not alone in this, either. It’s no wonder that 38 years later, I found myself in Screen 1 at Cineworld Stevenage about to watch the sixth official Alien film.

This is a chitinous acid-bleeding cow that is still being thoroughly milked.

Alien: Covenant (2017) is billed as the second of the new trilogy of Alien films, following on from the mind-bogglingly disappointing Prometheus (2012). For those not in the know, Prometheus was billed as the launch of a brand new Alien franchise – where deep questions will be asked and the origin of humanity – and indeed the Alien itself – would be explored. This is sort of what we ended up with, but mostly Prometheus was, frankly, a bit of a mess. Some beautiful visuals framed by some seriously vague and pretentious open ended questions. Ridley Scott, director and writer of Prometheus, even admitted that he was mistaken for trying to move away from the Xenomorph in a recent Yahoo! interview – found here.

So, with an overwhelming shrug from the audience, Ridley Scott decided to patch things up with his former alien star and get the next film moving toward the original film, as arguably should have been the plan from the off.

If you’ve seen any of the trailers for Alien: Covenant, there’s a good chance you already know the plot. But allow me to quickly run through this for you, just in case you missed it.

In the year 2104, a colony ship by the name of Covenant is making its way toward a planet by the name of Origae-6. As the ship’s crew and cargo of colonists sleep, the ship is supervised and monitored by a synthetic by the name of Walter (Michael Fassbender). As Walter operates a set of solar sails to recharge the ship on its voyage, an unexpected solar shockwave hits the ship and Walter initiates an emergency procedure to wake the crew.

In the resulting chaos, several colonists and crew die – including the ship’s captain and husband of Daniels Branson (Katherine Waterston). Taking the role of Captain is Christopher Oram (Billy Crudup), a religious man who swiftly manages to lose the crew’s confidence and begins to desperately claw at a way to earn his crew’s trust again.

An opportunity soon arrives when the ship’s pilot Tennessee (Danny McBride) accidentally picks up a transmission from a ghostly female figure, appearing to be singing Take Me Home, Country Roads by John Denver, something that is quickly recognised by space-cowboy Tennessee. Ignoring the protestations of Daniels, Oram takes this as a sign and redirects the Covenant toward the source of the mysterious signal – a world that appears to be an ideal place to start a colony.

Naturally, this quickly turns into a nightmare – but not before the planetary expedition discovers the traces of a crashed spaceship and the belongings of one Dr Elizabeth Shaw. As the crew navigate the world’s surface, they soon find themselves victims of parasitic spores that lead to some quite spectacular set pieces and, inevitably, the arrival of Prometheus’ primary antagonist – David (Michael Fassbender).

As the film continues, the truth of what happened since Prometheus is drip fed to the audience – and David’s true agenda coming to light as we reach the final climax of the film.

Now, I’m not going to say I hate this film. I’m not even going to say it’s the worst Alien film. Or even the second worst. But Alien: Covenant suffered one, admittedly quite major, thing. I didn’t care.

I didn’t care about the characters, I didn’t care about the threat – I barely cared about what came before. The most disappointing thing was that the film failed to even create any feeling of suspense. As soon s the crew members start stomping their way around the unnamed world, bad stuff is happening. And bad stuff keeps happening. Thanks to the wonders of computer generated imagery, it’s all there too. Every creature, every splat of gore – it’s all lit up on screen. 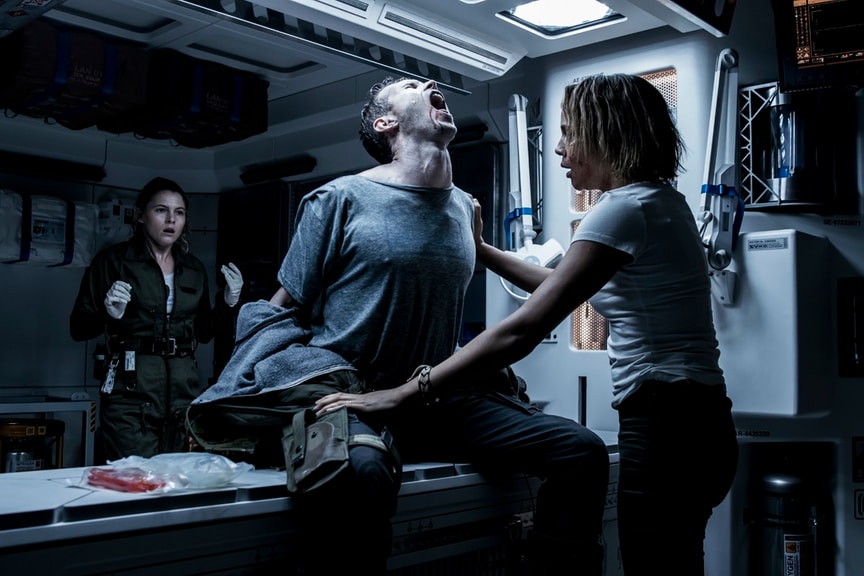 There was no mystery. We saw every creature, every tooth, every drop of blood.

While this works in some context, if you want to create a feeling of suspense and awe, you tease. You provoke. You do a little dance in a short skirt. You don’t tear off your clothes in broad daylight and give a thumbs up. That would be silly and quite illegal in a public area.

The original Alien did this perfectly. This was mostly due to the limitations of the costume and the attempt to divorce itself from the man-in-a-rubber-suit look, but it helped create a sense of dread. This thing can be anywhere – you just can’t see it.

So, Alien: Covenant lacked suspense. But, more than this, it just felt rushed. The second act was less like a cat-and-mouse game and more like a game of whack-a-mole. Daniels always had the answer, and always seemed to know exactly what to do to get rid of the Xenomorph. It just had no sense of threat.

Likewise, the music by Jed Kurzel invokes some of the original’s classic soundtrack while firmly setting itself up as a modern composition.

But, overall, Alien: Covenant was a disappointment. It certainly improved on Prometheus, but, like Prometheus before it, I couldn’t quite tell what it wanted to be. It was almost horror, just as it was almost action adventure. It lacked the tools to create a genuine feeling of dread while doing its best to answer questions and develop a back story for the Xenomorph that, frankly, I just don’t really want to know.

Almost worth it for the set piece with the Engineers, however. That was some gnarly Dark Souls stuff going on right there.