Burning The Wick At Both Ends 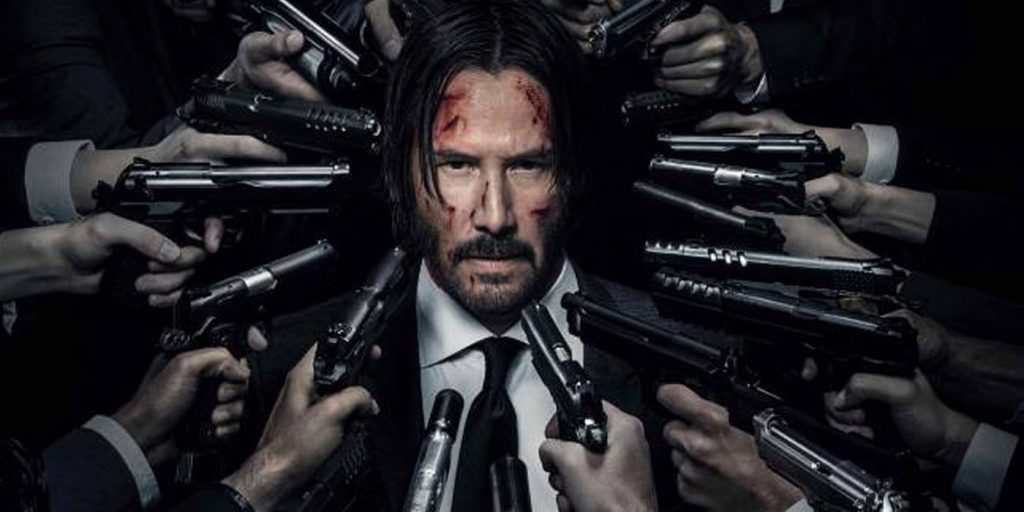 Like everyone else, I had no idea what to expect when I first saw John Wick (2014) Sure, I knew it was some sort of action film, but boy did it blow people away. Between Keanu Reeves’ wonderful performance as retired hitman-come-Marty Stu John Wick, director Chad Stahelski’s truly breathtaking visual style and Derek Kolstad’s sardonic script and wonderfully fleshed out criminal underworld – it was a joy to behold!

There’s also that scene, that people still comment on today. I won’t spoil it, but man, if there’s one thing to pinch from 2007’s I Am Legend, you can pretty much guarantee that would be the best choice.

So as you can imagine, I was pretty hyped when I took my seat to watch John Wick: Chapter 2 this week. There would be guns and fighting and humour and choreography that would make a martial arts movie blush and- and- aaaaaaaaaaaaaaaaand not much else.

The warning signs came early for me that this wouldn’t be quite the film I was hoping for. A few early jokes failed to hit the mark for me, with John Wick’s unflappable hero just feeling a little bit stale.

But perhaps I’m jumping ahead too quickly. The film itself follows virtually directly on from the end of the original, with John finally catching up with his car in a New York chop shop run by all round dodgy chap Abram Tarasov (Peter Stormare), brother and uncle to the antagonists of the original film. What follows is a wonderful sequence of car-fu and gunplay, with John’s effort to escape with his car being foiled again and again by the generic vodka-swilling henchmen. Eventually, John concedes and calls a truce – before dragging the mangled corpse of his car back to his country home.

While at home, John is visited by a figure from his past, the slick Italian criminal boss Santino D’Antonio (Riccardo Scamarcio) who has heard of John Wick’s box office succ- returning from retirement, and calls on him to complete a task for him – represented in this instance with an “oath medallion” – a criminal token of respect and indebted promise with no backsies.

John’s chance at retired life is destroyed over the coming scenes, eventually agreeing to complete Santino’s task and rejoin the criminal fraternity. Very quickly, we are introduced to one of the more compelling parts in the John Wick universe. An underworld, hidden in plain sight, with strict rules of engagement and a network of experts just gagging for a chance to show off their guns and inventions.

You Know The Rules

I absolutely love the concept of the international ‘Continental’ hotel. No business and no blood to be spilt on the premises, only a safe haven for those who have the credit to pay for it. In a way, it feels like a more civilised take on the underworld seen in Wanted (2008) – only much more interesting. We are walked through this underworld as John Wick prepares for his new contract, with such fast cutting between scenes and back and forth through time that even John Wick’s face appears to have a permanently confused expression. Also, Peter Serafinowicz turns up! Hoorah!

Eventually, John completes his job – making a few enemies on the way – and is (SPOILERS) quite obviously betrayed at the drop of a coin. Now pursued by Santino’s henchmen, as well as his target’s bodyguards, John runs through the streets of Rome like an experienced CoD player stuck on a beginner’s-only multiplayer map. I will add that the sound design for the film’s guns is incredible – each weapon has its own character and each comes with its very own brand of explosive justice. One of the shotguns – boy, I could feel those shots in the seat of my pants, let me tell you.

Among Santiano’s henchmen is the mute Ares (Ruby Rose), a hard kicking sinister figure that I couldn’t help but think looked eerily like Nicholas Hoult. Between her and Cassian (played by the rapper-come-actor Common), John’s life becomes one constant game of cat and mouse. Made no easier when the announcement comes that there is now a significantly large bounty now resting on John’s head. Now, seemingly every other person in New York are trying to kill John, in scenes remarkably familiar to anyone who has ever watched a Pink Panther movie.

John eventually ends up scraping the bottom of society for help, and ends up involved with The Bowery King (Laurence Fishburne) and his army of hobo hitmen. With their help, John is armed and ready to take down the slimy Italian git who has caused John so much trouble.

To be quite honest, it all feels quite- predictable isn’t the word. Boring doesn’t cover it. It feels like something we’ve all seen before. Badass hero is lost in a world that wants to kill him, so he must gather all his wits and favours to defeat the ultimate bad guy. I’d be surprised if that wasn’t the film’s log line, to be quite honest.

While the action was okay, I was getting a bit tired of the headshot-flip-baddy-on-back-strangle-him-with-thighs-and-shoot-his-mates technique after the hundredth time we saw it. That said, the sequence in the mirror chamber was exceptional – even making the audience doubt what they are seeing is real. Although, what the hell is going on with those fist fight grunts? The scene with Cassian and John on the steps? It sounded like a tennis match between two removal men with spinal problems.

While the humour and storytelling still hit the right beats, the story felt recycled and the action felt samey. I couldn’t really enjoy it as much as the first film, although I will say that the music is spot on and it is impossible to fault the actors (though someone should really tell Keanu what’s going on around him). I also have to praise the imagery of a man and his dog – this was a nice call back to some classic action hero tropes and, of course, the original film. I must also admit, for all the film’s overall faults, I did enjoy the ending a lot. 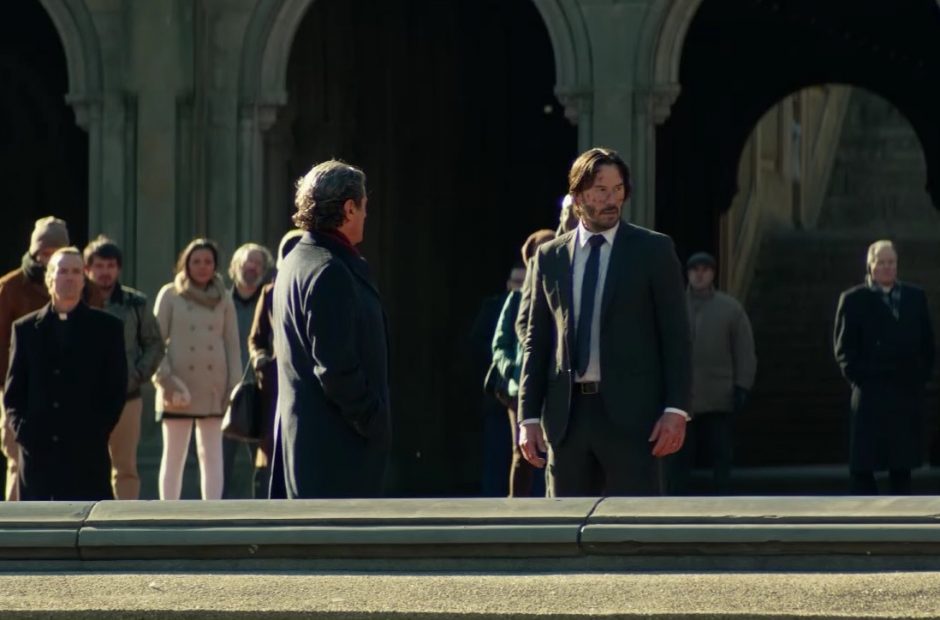 Also, thank god there were no women about, spoiling the shooty-shooty with all their mammary glands and babies, amirite? Of the two women to take part in the story, one was mute and the other died within minutes of meeting her. IF ONLY MAD MAX DID THIS HUR HUR HUR.

(Please note this is, in fact, the opposite of what I think. I feel bad at this point that I have to point this out.)