As a self confessed cinephile and shut in, I suppose there really is only one thing to talk about on this, the 27th February 2017. No, it isn’t the fact that tomorrow is Pancake Day and should I send the obligatory Pancake Day song by Danny John Jules from BBC’s Maid Marion And Her Merry Men to all my friends and family at midnight tonight, or at some far more sensible hour.

No, it can only be one thing: 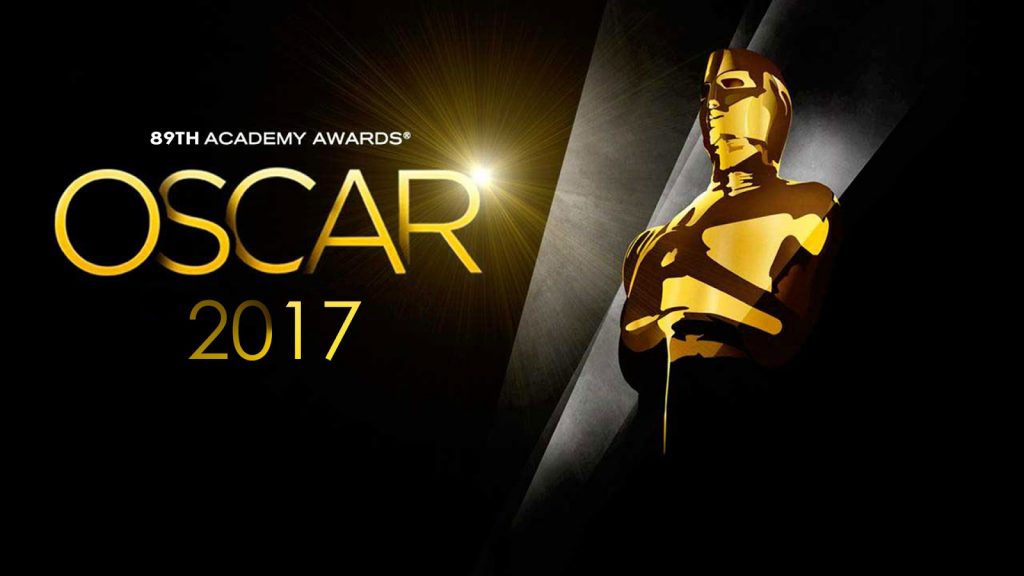 Yes, that time of year has come around again when the cream at the top of the suspiciously white cup of coffee that is Hollywood have once again gathered themselves in a big room to stare longingly at their own navels and pat themselves repeatedly on the back for a good job, well done.

I have nothing against award ceremonies as a rule. Yes, the Oscars are on the obnoxious side of glamorous and the television coverage can be a little nauseating (especially the endless dress and shoe critique of the actresses as they make their way into the building. Jesus, it’s enough to reach for the bucket), but it’s hardly the most offensive spectacle out there. In all honesty, I’ve been to trade events that are less bearable to sit through – so no complaints here.

That said, unlike the last two or three years, this year’s Academy Awards just haven’t done it for me. This is partly my fault as I feel that I haven’t tried hard enough to actually go out and watch the damn films in the first place (moving twice in a year will do that to you, ladies and gentlemen) but I’m going to stick myself out on a limb here and say that the UK cinema industry has to take a pretty big chunk of the credit for this one.

I was barely even aware of most of the nominated films this year. Movies that were being hailed as showcasing the best and brightest of Hollywood had stopped being relevant by the time they had released in my local cinema – Moonlight (2016) only started showing last week. Last. Week. Am I alone in thinking films that are up to be awarded the most prestigious awards should probably be around for a while for us normies? You know, to help start a discussion? Make it feel relevant?

I don’t know, maybe I’m just feeling a bit disconnected. I hadn’t even seen La La Land (2016) and everyone around me was telling me it was a sure thing to win Best Picture. After all, it was an exciting musical romance set in Hollywood – it ticked all the boxes to appeal to a crowd of crusty white Academy Award jurors, right, right? Why even bother watching, when the result was going to be so painfully obvious.

I suppose since I’ve brought it up, we should probably mention the elephant in the room. Boy, they certainly screwed up this time round, huh? While we were blissfully spared another clumsy stagger up the steps to the podium by Jennifer Lawrence, we were witness to a superb display of awkward fumbling as Warren Beatty and Faye Dunaway managed to read out the wrong film as the winner of the prominent Best Picture category.

Yes, it was so certain that La La Land was going to win Best Picture that it hardly mattered what words were on that card, it was a sure thing. Except it wasn’t. Apparently confused by seeing Emma Stone’s name written on the card, Warren Beatty hesitated and turned to Faye Dunaway, who presumably had her own mind made up on the winner.

Then it happened. The cast and crew of La La Land reached the stage and began to celebrate, before Producer Jordan Horowitz leapt in to correct the mistake and invite the real winners onto the stage – the cast and crew of Moonlight. With stunned exclamations from the crowd and a chorus of shocked mutterings, I’m only disappointed Larry David wasn’t on hand to scream obscenities to distract the audience from the terrible mistake.

The important thing is that Moonlight won – and although I haven’t seen it, there’s a good chance it thoroughly deserved the win and I look forward to catching up on it. Please don’t let a couple of dithering old pensioners take the limelight here, the real news is that an LGBT story about a young black member of American society actually won an Academy Award. 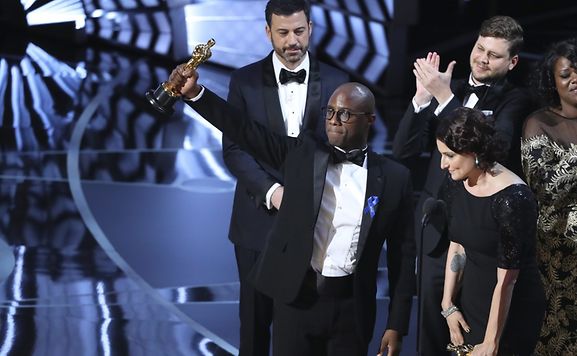 Hm. Thinking about it, I can’t put too much blame on Warren Beatty and Faye Dunaway. I’m pretty certain my grandparents wouldn’t have been able to read it aloud, either.

Oh, and just to add – Arrival deserved so much more. SO MUCH MORE. A film about humanity working together to solve an unprecedented problem and push forward as a collective is pretty much the only story we should be telling right now. But hey ho!

Please also pay attention and throw money at Specsavers for this incredible piece of marketing genius. You crazy kids and your social media skills. 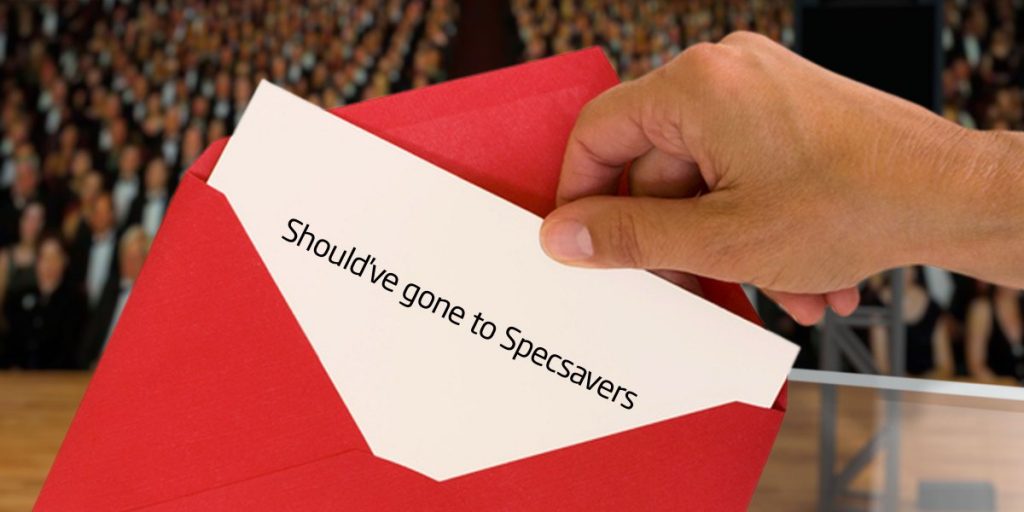