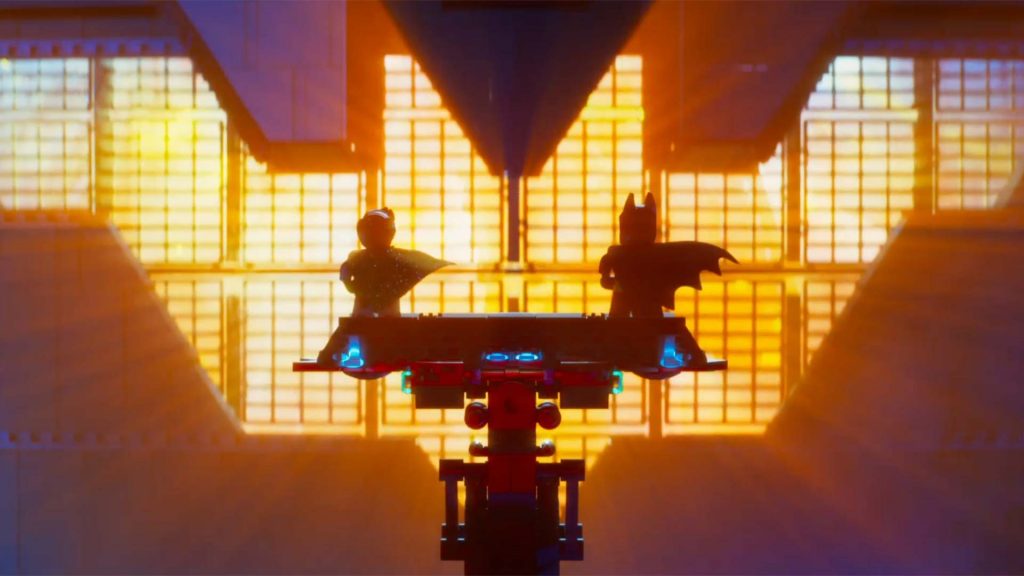 Have you seen The LEGO Movie? Yes, of course you have. Everyone has by now. To paraphrase the unbelievably catchy theme song – It is AWESOME. One of the things that made the movie, certainly on the character front, was Batman. Voiced by Will Arnett, Batman stood out as a character that simply oozed charisma and humour. A simple one line comment was enough to make me crease with laughter in the cinema – and that doesn’t happen often!

I clearly wasn’t alone in thinking this, before I was done humming Batman’s Untitled Self Portrait, Warner Bros. announced that the next project would be a feature length LEGO Batman movie, to be directed by LEGO Movie animation supervisor Chris McKay. Fast forward to 2017 and it’s here.

Opening on darkness, pointed out by Batman himself to be the only way to start a good movie, the film launches us straight into the action with a plane hijacking that would make Christopher Nolan weep into his pillow at night. This action leads us straight to The Joker’s (voiced by Zach Galifianakis) latest scheme to predictably cause several billion dollars worth of property damage. It is inevitably foiled by Batman, who rides out his victory in possibly the modest way a man with his means could. 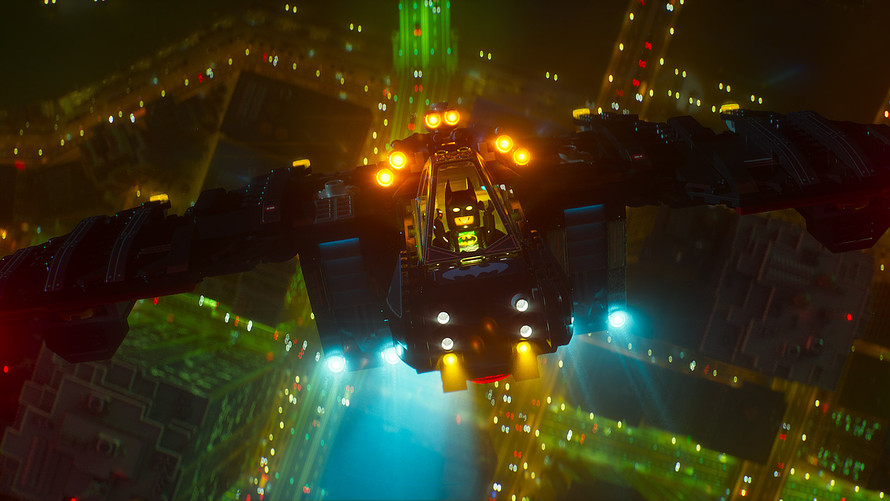 We see Batman at his peak, only to wind up back at Wayne Manor on his own, either sitting in silence or watching romantic films in his personal cinema. Familiar to anyone who has seen the trailers, Batman’s resident butler Alfred (Ralph Fiennes) states that he is worried about him and his lonely existence, comparing the situation with similar events in 2016, 2012, 2008, 2005, 1997, 1995, 1992, 1989 and that weird one in 1966.

This is waved away by Batman, who only points out how well he’s aged in all that time. However, this sets the tone for the rest of the film. After meeting the young orphan Richard Grayson (Michael Cera) at Commissioner Gordon’s (Hector Elizondo) retirement party, Batman’s world begins to unravel – especially at the sight of the new Police Commissioner, Barbara Gordon (Rosario Dawson), who announces her hopes for the Batman to work with the Gotham City Police Department.

In a fairly standard story arc for a Batman tale, this sets the characters on the path to combining forces and showing Batman that he cannot fight the war against crime on his own, but that he needs friends and family around him to grow as a person. This is fantastically set up with the relationship between Batman and The Joker, whose relationship can, at best, be described as rocky.

I say fairly standard because, sadly, it kind of is. We have seen this sort of tale again and again, even in the brooding backdrop of Christopher Nolan’s dark trilogy. The difference is, in The LEGO Batman Movie, it works. Following in the footsteps of the wonderful LEGO Movie, the audience is treated to the promise of friends and family being the true things we need – and make you laugh out loud in the process.

The introduction of villains from other franchises made the audience I shared the cinema with erupt into laughter on more than one occasion – Sauron (Jermaine Clement) was a particular highlight that had one couple beside me giggle throughout. I do wonder at who these jokes may have been aimed at, some of the more obscure characters and references to Batman stories of the past, I imagine, might be lost on the children watching. But, hey, maybe I’m underestimating the Netflix generation of under-10s (especially in the handful of frames that showed a film called 2 Shades Of Grey on a local cinema).

The point is, this may not have been the most original of Batman stories, but it may well have been the best. Particularly the first, and maybe the second, act. We are introduced to the characters of Gotham without condescending the audience, Batman is established within moments of his arrival on screen and his world gladly rubs shoulders with some of the best adaptations out there. Even Robin succeeds in being someone we care about, which is a rare thing indeed.

DC seriously need to take note – this is better than anything Zack Snyder has produced for them, and it’s a bloody kid’s film!

The supporting cast, too, stand out just as well. Particular highlights for me include Superman (Channing Tatum), meow-Catwoman-meow (Zoe Kravitz) and Bane (Doug Benson), who seems to be doing a wonderful parody of Tom Hardy’s role in The Dark Knight Rises (2012) for the few moments he is on screen. Throw in some hilarious visual gags (The Penguin’s penguins, for one) and the rogue gallery here is something to be in awe of.

I was a little disappointed in The Joker, and by extension Harley Quinn (Jenny Slate) – would it have been so hard to cast Mark Hamill and Arleen Sorkin? But, what the hell, a small price to pay for what is a must watch.

Oh, before I forget! The soundtrack! Good lord, it’s a mixed bag this time. From heavy metal rapping to somewhat nauseating pop tunes, it’s probably not going to overthrow The LEGO Movie as one of the best animated soundtracks of all time, but it’s got enough in there to keep you interested. There’s even some serious Mad Max: Fury Road music cues amongst the classic Batman leitmotifs in the original soundtrack – listen out for it, it’s pretty awesome!