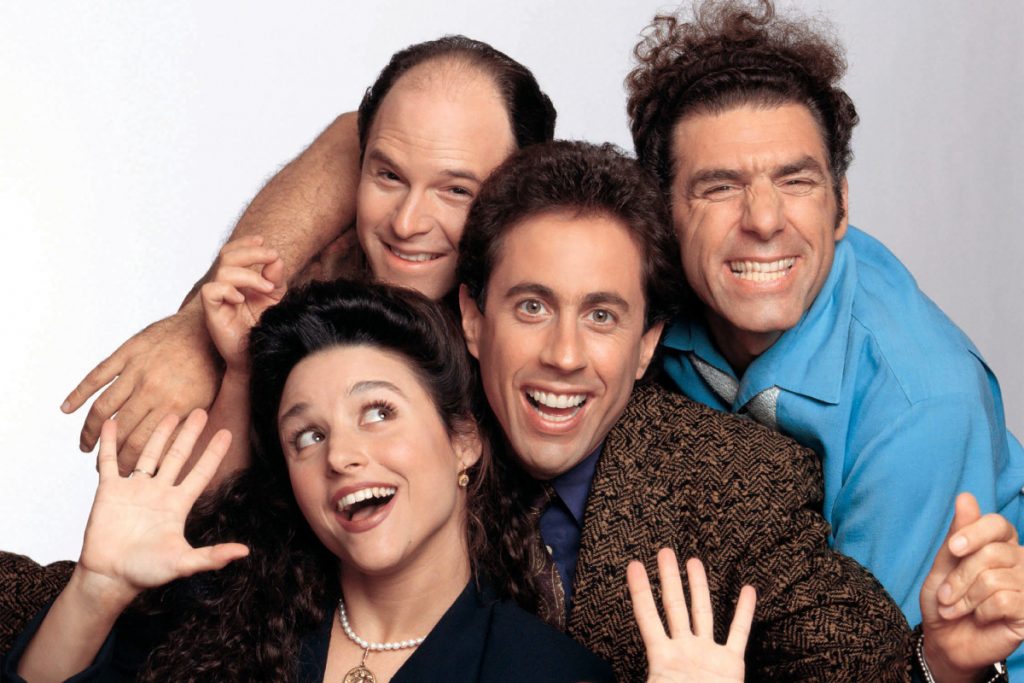 “Did you know Seinfeld is on Amazon Prime?” said @Nickipedia89, like it was some trivial, minor thing.

“IS IT?” I replied, immediately loading up everyone’s favourite streaming service. By the time the telephone call was over, I was already onto the first episode. I love Seinfeld. I’m not going to lie, Seinfeld changed the way I thought about television comedy, it shaped my writing and finally opened my eyes to a world without the huggy-lovely-feel-good bollocks of Friends. Seinfeld is a world of no hugging and no learning. It’s perfect.

You might think this would lead this article to be heavily bias – and you’d be absolutely right.

Everyone should watch Seinfeld. Everyone.

Allow me to expand on this, like most people in the UK, I had no idea what Seinfeld was. I’d heard of it, seen references to it, even knew the co-creator and producer – Larry David (thanks to the equally world-shattering Curb Your Enthusiasm) – but I never knew the show. Then, at some point in my early twenties (I know, because I was still allowed to hold a Young Persons Railcard), I stumbled on a couple of episodes and fell under the spell by the time the slap-bass of the ending credits hit the screen.

It was the perfect storm. I was working a horrifically underpaid retail job, living in a flat on the outskirts of Bristol that consumed 90% of my income and – to top it off – in a relationship that was going nowhere fast. But there – on the screen – such trivial matters as waiting for a table in a restaurant, or trying to decipher the cryptic message left on a note while you were half asleep become pivotal, driving plot points. Which, ahead of so many other television comedies, excels in that it is funny.

It’s not so much the jokes, it’s certainly not the stand up routines (though capable of a few laughs, don’t do much to sell the story – probably why they were eventually cut by the final few seasons), it’s the characters. I’ve seen whole essays dedicated to the nihilism that exists in Seinfeld, but I’m not convinced. See, the characters in Seinfeld are there to create conflict – whether it is with their latest boy or girlfriend, society, the world around them or simply each other, the characters are in it to win it. If they believe in anything, it’s that they deserve more than they have. 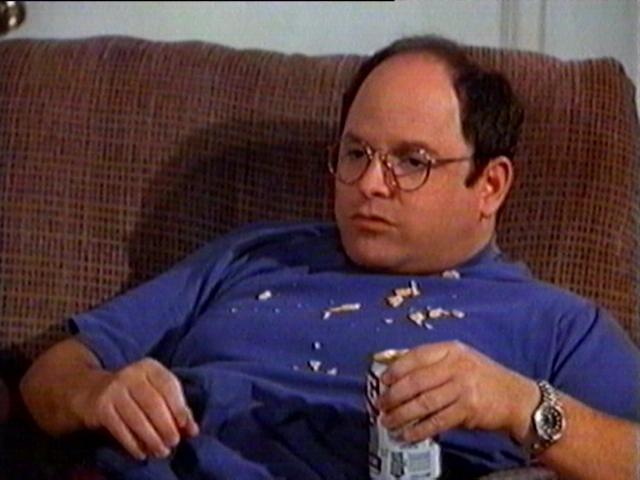 George is arguably one of the greatest comic characters in modern history. Based in many ways on Larry David (to a disturbing extent), George struggles through life with a pompous, entitled attitude that never earns him any favours. Despite this, I feel a connection with George. He can’t help but put his foot in it, sometimes going through the motions because he had seen it happen in the movies. The most successful we ever see him is when George decides to do the exact opposite of what he would normally do – and swiftly announces to a good looking girl in the coffeeshop that he is unemployed and living with his parents – and gets the date. Rather than sucking up to his hero, he tells him off for doing such a lousy job – and gets hired. He’s a schlub, and I love him for it.

Not that there’s anything wrong with that.

Generally speaking, there are two types of episode. The first will contain a pattern familiar to anyone who has seen Curb Your Enthusiasm, in that the first two thirds of the episode throws every plot point, character and event in the air, with the final third merging each thread into an often explosive end. The second type is what had me hooked – the slow unravelling. Nothing major happens, except the characters are led through a journey of discovery in an otherwise mundane setting. They pick apart the rules, regulations and boundaries that shape our society – and aren’t afraid to call bullshit where they see it.

To a modern audience, I guess it could feel dated. You may even recognise some of the least ambitious plots and storylines – they’ve been parodied, referenced and copied to death over the years. Even the format – at the time a revolutionary change to the standard family/workplace setting of a network sitcom – has become the standard contemporary sitcom set-up. But the characters, the writing, the everyday occurrences – even the politics are still relevant today.

There’s even a faint level of contempt for standard sitcom and television tropes. Calling someone an idiot is more likely to get them telling you off, than see it as a whimsical bit of dialogue. I fully respect this. They even go so far as to openly mock the standard product placement sections familiar to most audiences of the time. 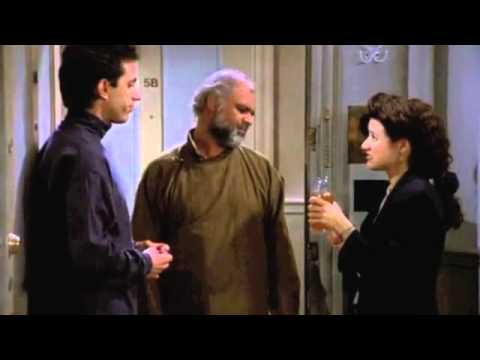 If you are at all interested in comedy – or just great writing – you have no excuse. Get yourself Amazon Prime and start watching. Or just pick up the DVDs. I promise you will find something to love. By the third season, you’ll never look back.

Even if you have no connection to the characters, just remember: That just means you’re a good person.

Check out this compilation of 100 Seinfeld Quotes, it’ll rock your world: